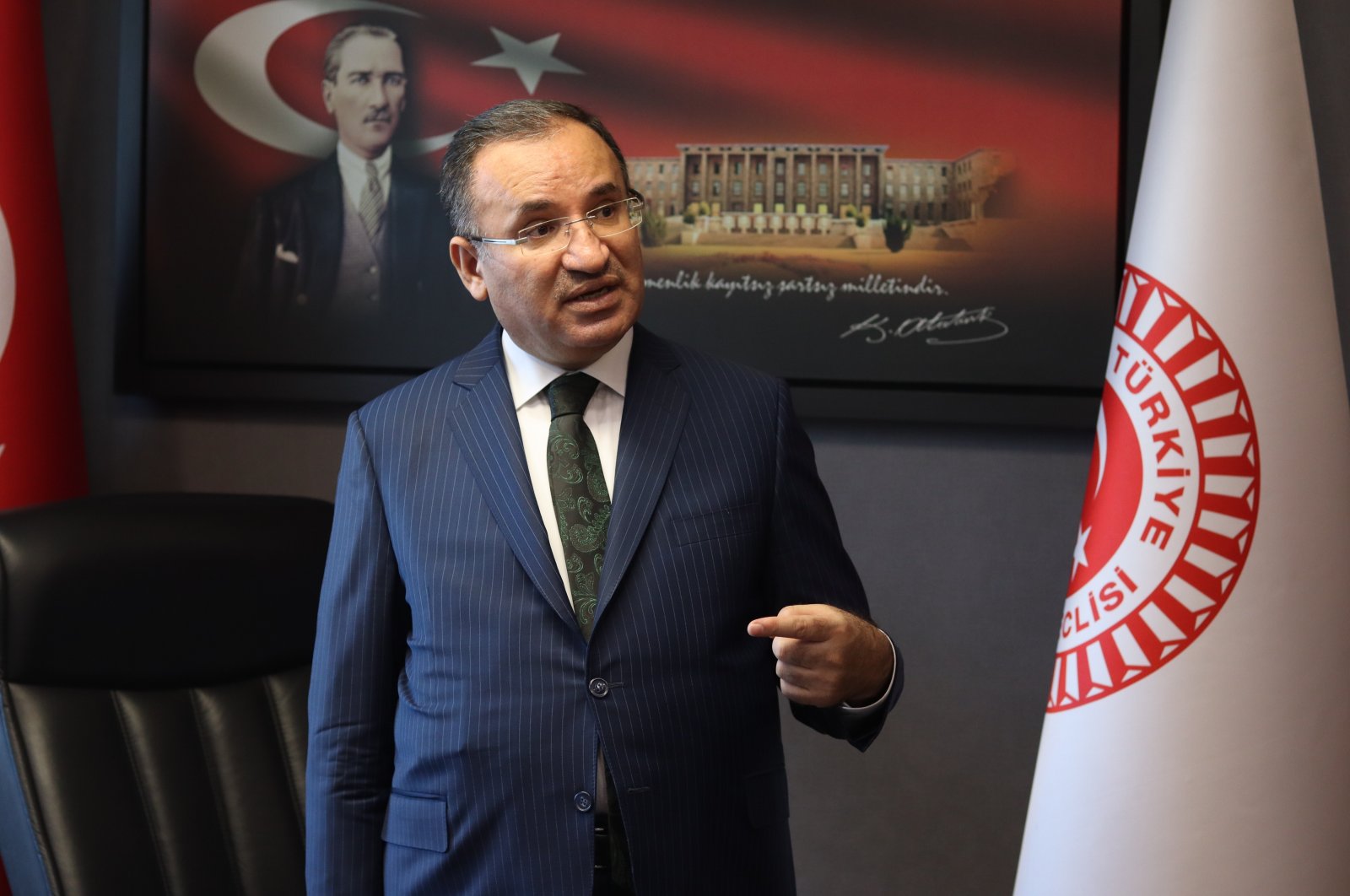 Turkey’s new constitution will be built upon more democratic, civilian, pluralist principles that reflect the will of the people, Parliament’s Constitutional Commission head Bekir Bozdağ underlined

The path to a better and stronger Turkey goes through a new constitution that will put special emphasis on human rights and the rule of law, the head of Parliament’s Constitutional Commission, former Justice Minister Bekir Bozdağ, said.

Speaking to Daily Sabah in an exclusive interview, Bozdağ, who also served twice as deputy prime minister, touched upon the recent debates in Turkish politics on a new constitution that President Recep Tayyip Erdoğan had hinted at earlier this month.

Bozdağ indicated that a new constitution is a necessity for Turkey as well as a permanent issue that has been on the agenda of all political parties for years.

“You can definitely see that all parties’ election manifestos state that the need for a new constitution,” he pointed out, saying that everyone has agreed that this is a necessity since 1982 just as the ruling Justice and Development Party (AK Party) does and has voiced continuously since it took office.

“This Constitution has not been created through democratic means. It was not made by representatives of the people, in the name of the people. The text made by a coup was imposed on the people and made the people’s social contract,” Bozdağ pointed out, indicating that the people do not feel close to the 1982 Constitution.

“A great number of clauses in the Constitution have been changed multiple times. It has both lost its intellectual integrity and its expressional and spiritual entirety,” he said.

Likening the current Constitution to a rag bag, Bozdağ said that this was disrespect for the representation of the people.

He reiterated that the 1982 Constitution bears the traces of putschists in its articles and said that that the only solution is to remove it completely to create a constitution made by the people.

In this state, it is difficult to turn it into a constitution respecting human rights by only making a few amendments, Bozdağ underlined, saying that it is too problematic.

“We did not manage to transform it into a more democratic constitution with changes because those that created it, have built it upon distrust. It does not trust legislation, executive order and the people and is on the alert against everyone,” he said, stressing that therefore there is a need for a constitution built on trust and which trusts the people and legislation as well as the judiciary.

Bozdağ said that his party wants the chance to make Turkey’s new constitution under the AK Party.

Even if all 600 deputies in Parliament say "yes" to the proposal, a national referendum will be held to assess the will of the people, Erdoğan had stated.

Following the president’s announcement, MHP leader Devlet Bahçeli pledged support on the need for a new civilian constitution; however, the opposition objected.

Opposition parties including the CHP and the Good Party (IP) argue that Turkey should return to the parliamentary system.

“The first and foremost step to create an atmosphere where every section of society and everyone feels freer and to protect rights and to fortify the rule of law is the constitution. If we take solid steps here, all of our following steps will also be more solid,” Bozdağ highlighted.

He said that the new constitution will be built upon more democratic, civilian, pluralist principles that reflect the will of the people.

Indicating that the new constitution will have a positive effect on Turkey’s relations with the European Union, Bozdağ stated that Ankara is still determined to be part of the bloc despite being stalled for years.

“This stems from the fact that Turkey sees its future in the same direction as the EU,” Bozdağ stressed.

“Despite everything, Turkey has an honest and decisive will regarding membership in the EU. Ruling governments have changed, yet the EU’s unfair double standards toward Turkey have not,” he said.

Turkey has the longest history with the union, including the longest process of negotiations. The country signed an association agreement with the EU in 1964, which is usually regarded as a first step to eventually become a candidate. Applying for official candidacy in 1987, Turkey had to wait until 1999 to be granted the status of a candidate country. For the start of the negotiations, however, Turkey had to wait for another six years, until 2005, a uniquely long process compared with other applicants.

Apart from this slow process of negotiations, Turkey's potential membership in the union faced a new challenge in 2016, when a coup attempt by the Gülenist Terror Group (FETÖ) took place, forcing the country to declare a state of emergency. Unhappy with this move, the European Parliament on Nov. 24, 2016, stated that it would temporarily "freeze" the negotiations, which has kept the process at a standstill since.