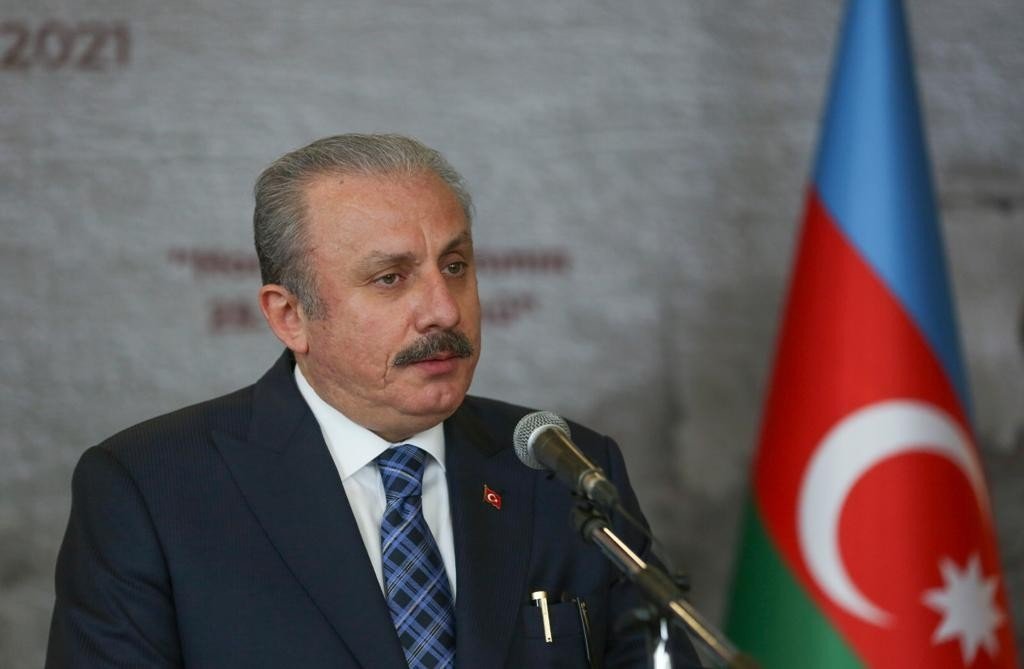 Parliament Speaker Mustafa Şentop stated that he will support joint will and efforts for the preparation of a new constitution as the head of the Turkish Grand National Assembly (TBMM).

Saying that the need for a new constitution for Turkey is a reality, Şentop in an article he wrote in Kriter magazine’s May issue, underlined the significance of the contribution of political parties, nongovernmental organizations, academicians and universities.

“I believe that the discussion should be made not on the sections of the constitution but on the whole. Everyone should put forth their view in coherence. The issues on which there is consensus or disagreement should be determined. A formula to materialize the new constitution can be found,” Şentop pointed out, saying that there is no need for a referendum on agreed-on issues.

“The people have given Parliament the authority to make a constitution under the condition of having the majority,” he stated. “On issues where disagreement exists, we can refer to our people, who have the final say.”

He indicated that creating a new constitution had been the responsibility of politics for a long time and that the Constitutional Reconciliation Commission, established in 2011, had been working on this for more than two years.

Indicating that the presidential system has strengthened and stabilized the executive branch, Şentop said, “It also provides a result in which the main function of the legislative branch, lawmaking and control mechanisms, can be executed stronger.”

Şentop also stated that the bylaw must be changed in Parliament in the new system and be adapted to it, though this does not mean rewriting the bylaw completely.

This would create more active commissions while increasing the productive capabilities of deputies, he added.

“I believe that a new bylaw coherent with the new system and similar amendments will enhance the workflow and performance of Parliament,” he said.

President Recep Tayyip Erdoğan on Feb. 1 had announced, "It is time for Turkey to discuss a new constitution again."

Following the president’s announcement, MHP leader Devlet Bahçeli pledged support on the need for a new civilian constitution but the opposition objected.

Opposition parties, including the CHP and the Good Party (IP), argue that Turkey should return to the parliamentary system.