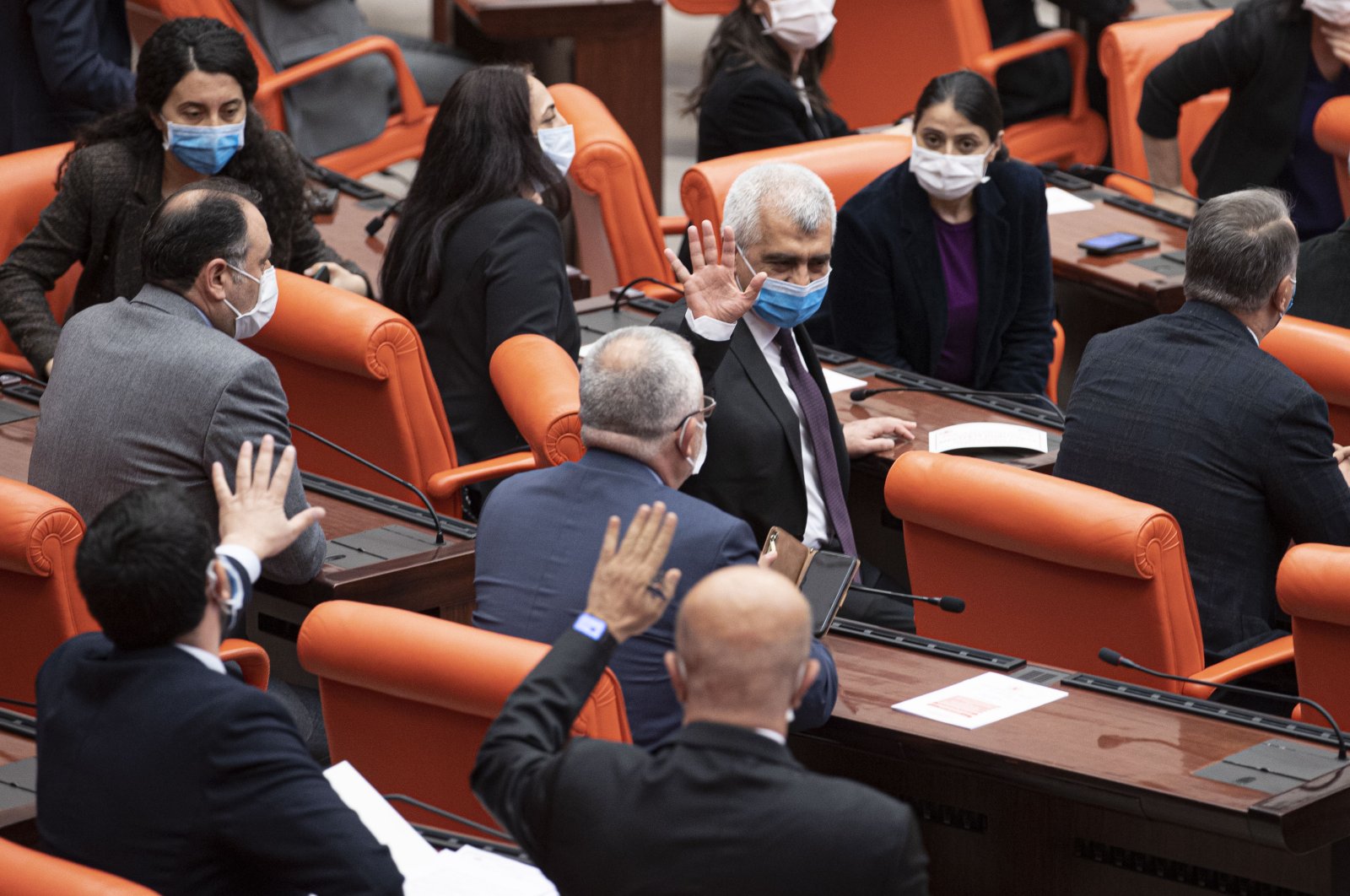 Pro-PKK Peoples' Democratic Party (HDP) Deputy Ömer Faruk Gergerlioğlu, whose seat was revoked after a court ruling was read out in Parliament last week and who refused to leave Parliament for several days staging a sit-in, was released on Sunday after being interrogated.

The Parliament had on Wednesday revoked the seat of Gergerlioğlu and his accompanying immunity from prosecution after Turkey's Supreme Court of Appeals on Feb. 19 approved the ruling on the deputy, who was sentenced to two years and six months for spreading propaganda for the PKK terrorist group.

Gergerlioğlu has rejected the accusations and had remained holed up in a room in the Parliament since Wednesday. He was arrested earlier on Sunday.

Speaking on the issue, Parliament Speaker Mustafa Şentop on the same day underlined that it was “unacceptable” that someone whose seat was revoked uses the Parliament as a place for demonstrations.

Last month, the Ankara Public Prosecutor’s Office launched an investigation into provocative social media posts made by some HDP deputies. HDP Istanbul Deputy Hüda Kaya and Gergerlioğlu are accused of making terrorist propaganda and insulting the Turkish nation, state and republic in line with Article 301 of the Turkish Criminal Code.

PKK terrorists executed 13 Turkish citizens in a cave in northern Iraq after abducting them and shooting most of them in the head, Minister of National Defense Hulusi Akar said in a statement last month.

The grim news came as Turkey was carrying out the Claw-Eagle 2 anti-terror operation in northern Iraq.

In its more than 40-year terror campaign against Turkey, the PKK – listed as a terrorist organization by Turkey, the U.S. and the European Union – has been responsible for the deaths of at least 40,000 people, including women, children and infants. The YPG is the PKK's Syrian branch.