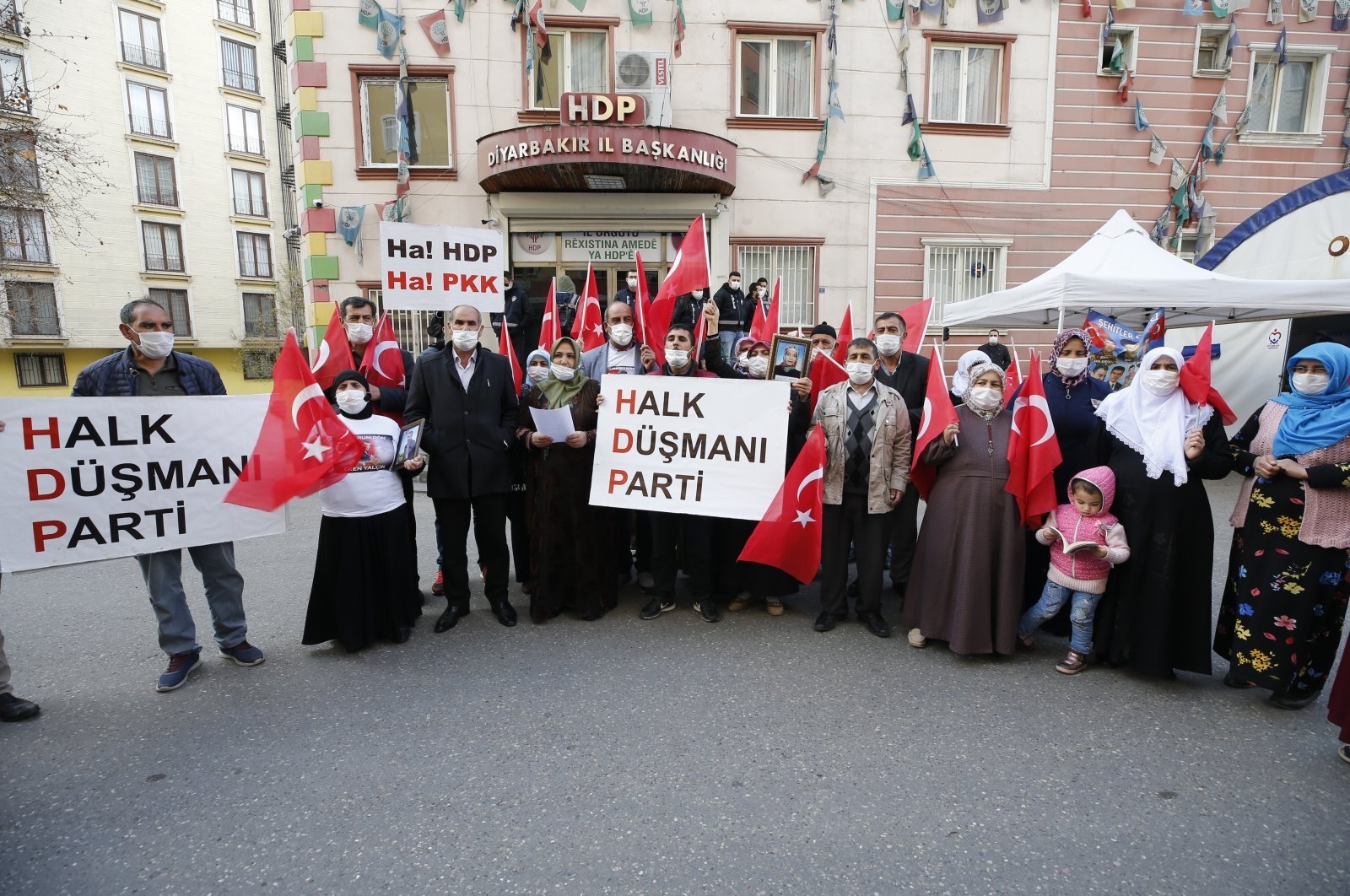 Kurdish families, whose children were abducted by the PKK, protest the terrorist group and the pro-PKK Peoples' Democratic Party (HDP) in front of the party's office in southeastern Diyarbakır province, Turkey, March 18, 2021. (AA Photo)
by Daily Sabah Jun 10, 2021 1:21 pm
RECOMMENDED

Bekir Şahin, the chief public prosecutor of the Supreme Court of Appeals, said Thursday that the court is seeking a political ban for 451 people due to terror affiliations as part of a lawsuit for the closure of the pro-PKK Peoples' Democratic Party (HDP). The court is also demanding cautionary judgment on the HDP’s bank account.

“We presented all evidence, including previous court decisions, evidence, files, CDs and speeches by HDP officials. We requested a political ban for 451 people in the 843 pages of the indictment. Also, there are more than 69 people who have made speeches in favor of the terrorist organization (PKK). We demand a cautionary judgment on the party’s bank accounts,” he said.

Turkey's chief prosecutor refiled an indictment seeking the dissolution of the HDP on Monday. In response, the Constitutional Court assigned a rapporteur to the case on Tuesday.

The indictment calls the HDP an undemocratic party that colludes with the terrorist group PKK and seeks to destroy the unity of the state.

In its more than 40-year terror campaign against Turkey, the PKK – listed as a terrorist organization by Turkey, the United States and the European Union – has been responsible for the deaths of at least 40,000 people, including women and children.