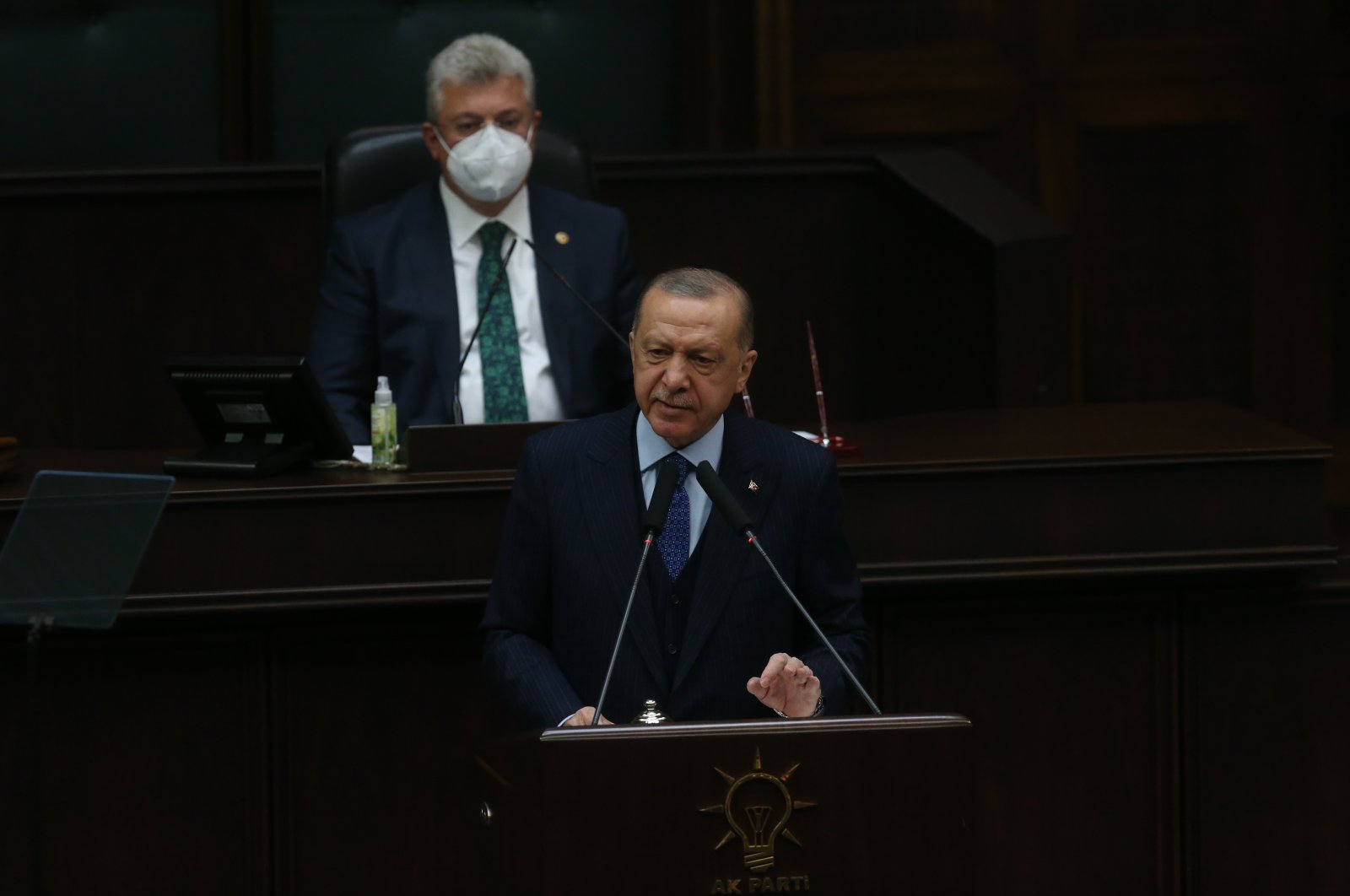 President Recep Tayyip Erdoğan said that the ruling Justice and Development Party (AK Party) will finalize work on a new constitution before the legislative year ends, stressing the party's determination to replace the existing one with a more democratic version.

He noted that if they fail to reconcile, then the AK Party would come up with its own regulations based on the party’s experience and expertise until the 2023 elections.

"History will certainly hold accountable those who put the oldest party of the republic, which is the CHP, under the command of a terrorist organization's puppet, which is the HDP," he said.

The first three articles of Turkey's Constitution say the country is a democratic, secular and social republic governed by the rule of law, with Turkish as its official language and Ankara as its capital. The fourth article guarantees that the first three are irrevocable and unchangeable.

“Is the proposal to change the first four articles of the Constitution CHP’s idea or Kemal Kılıçdaroğlu’s personal opinion?” Erdoğan said, adding that there is a serious problem if the main opposition party embraces it. He argued that the idea is designed to appease the HDP, and that if the party embraces it, it means it has come under the HDP's tutelage.

The Turkish Parliament launched the fifth legislative year of its 27th term on Friday.

Nationalist Movement Party (MHP) Chairperson Devlet Bahçeli announced that he had completed the "new constitution" proposal in May and conveyed it to Erdoğan. Then, Erdoğan appointed a committee under the chairpersonship to work on the new constitution.

Erdoğan has declared that they are "determined to present the new constitutional proposals to the nation's discretion" in the first months of next year. It is said that AK Party has nearly completed its new constitution proposal and will submit it for the MHP to review before the new year.

The current Turkish Constitution was made after a military coup in 1980 and Erdoğan has been pushing for a new constitution to be drafted under civilian rule.

Turkey needs a new constitution and Parliament has the capacity to create it, Parliament Speaker Mustafa Şentop said last week.

Meanwhile, regarding the Good Party (IP) Chairperson Meral Akşener’s recent announcement that she would run for the now-defunct position of prime minister in 2023, Erdoğan said it was triggered by the HDP’s secret veto of the IP chair and described the move as “tragicomic.”

In response to Akşener’s remarks, CHP Chairperson Kemal Kılıçdaroğlu said his party has been holding discussions with Nation Alliance members and other opposition parties regarding the elections. On Tuesday, opposition parties held a meeting at Parliament to discuss an enhanced parliamentary system.

“Turkey does not have a government problem, but it is true that we are facing a serious opposition problem,” Erdoğan said.

The AK Party criticizes the CHP for secretly cooperating with the pro-PKK HDP to reach its goals, as they argue that the HDP is merely the political branch of the PKK terrorists.