IP's Akşener to run for prime minister in Turkey's 2023 elections 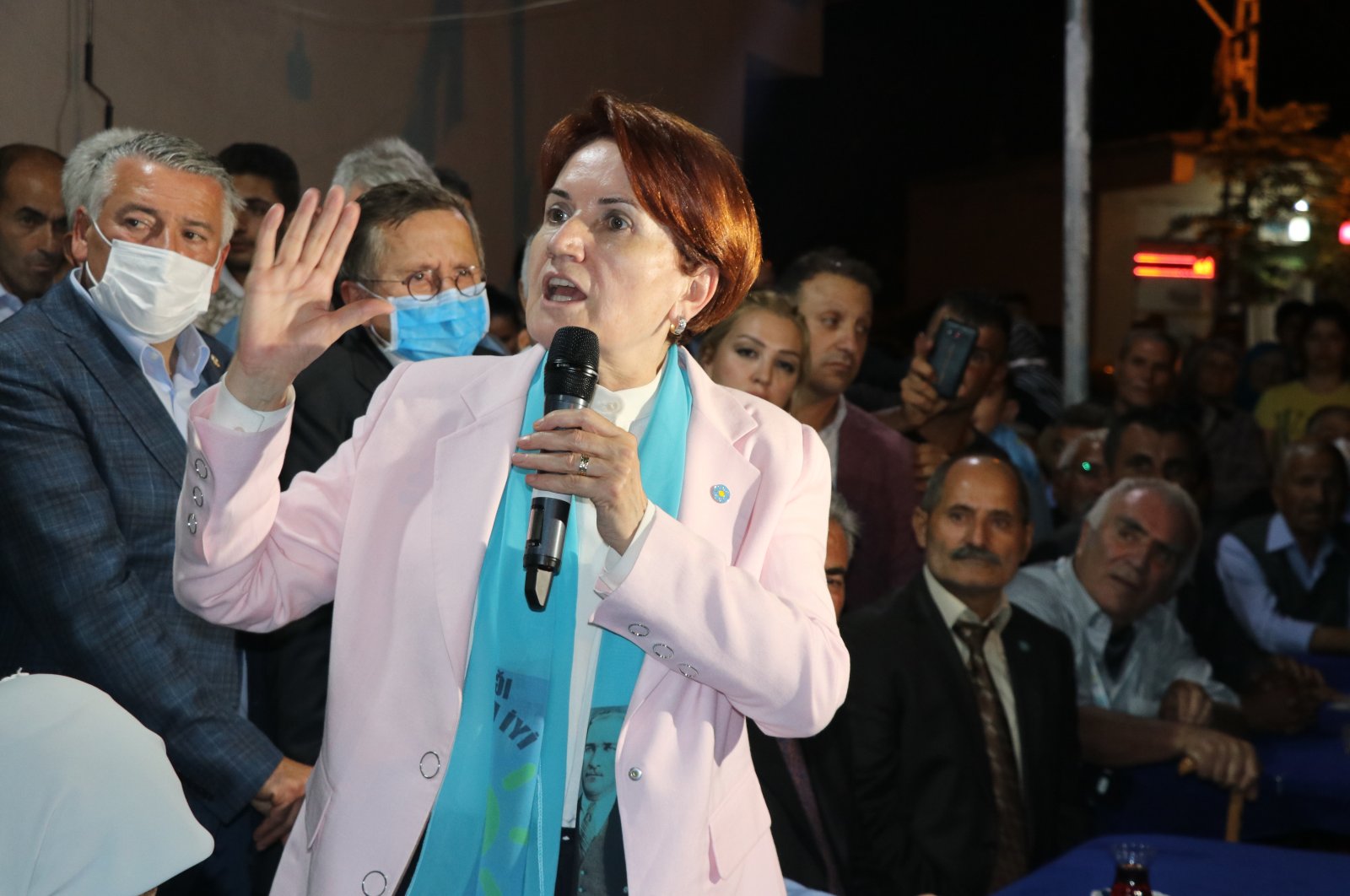 The Chairperson of the opposition Good Party (IP) Meral Akşener said she would not be running for president but that she would be a candidate for the now-defunct position of prime minister in Turkey in the upcoming 2023 elections.

"I am not a presidential candidate, I am a candidate for prime minister,” Akşener told an interview on Sunday.

In response to Akşener’s remarks, main opposition Republican People’s Party (CHP) Chairperson Kemal Kılıçdaroğlu said his party has been holding discussions with Nation Alliance members and other opposition parties regarding the elections.

He noted that different party leaders in the alliance may make different statements about the elections, but theirs would be a “target-oriented partnership.”

The main opposition leader also said their alliance could have more members, even though different parties may have different rhetoric.

Kılıçdaroğlu also said the pro-PKK Peoples’ Democratic Party (HDP) seems likely to run independently in the elections rather than joining an alliance.

“I am not interested in the details of their stance,” he said.

Kılıçdaroğlu had previously said the Nation Alliance may have more than one candidate for the presidential elections.

Consisting of the center-left main opposition CHP, the right-wing Good Party (IP), conservative Felicity Party (SP) and the center-right Democrat Party (DP), the Nation Alliance has been focusing its policies on anti-Erdoğan rhetoric and has experienced internal problems mainly due to veiled cooperation with the pro-PKK HDP.

While the opposition has been calling for snap polls to elect a new president, the ruling Justice and Development Party (AK Party) led People’s Alliance has opposed it, saying that the elections will be held on the designated date in 2023.