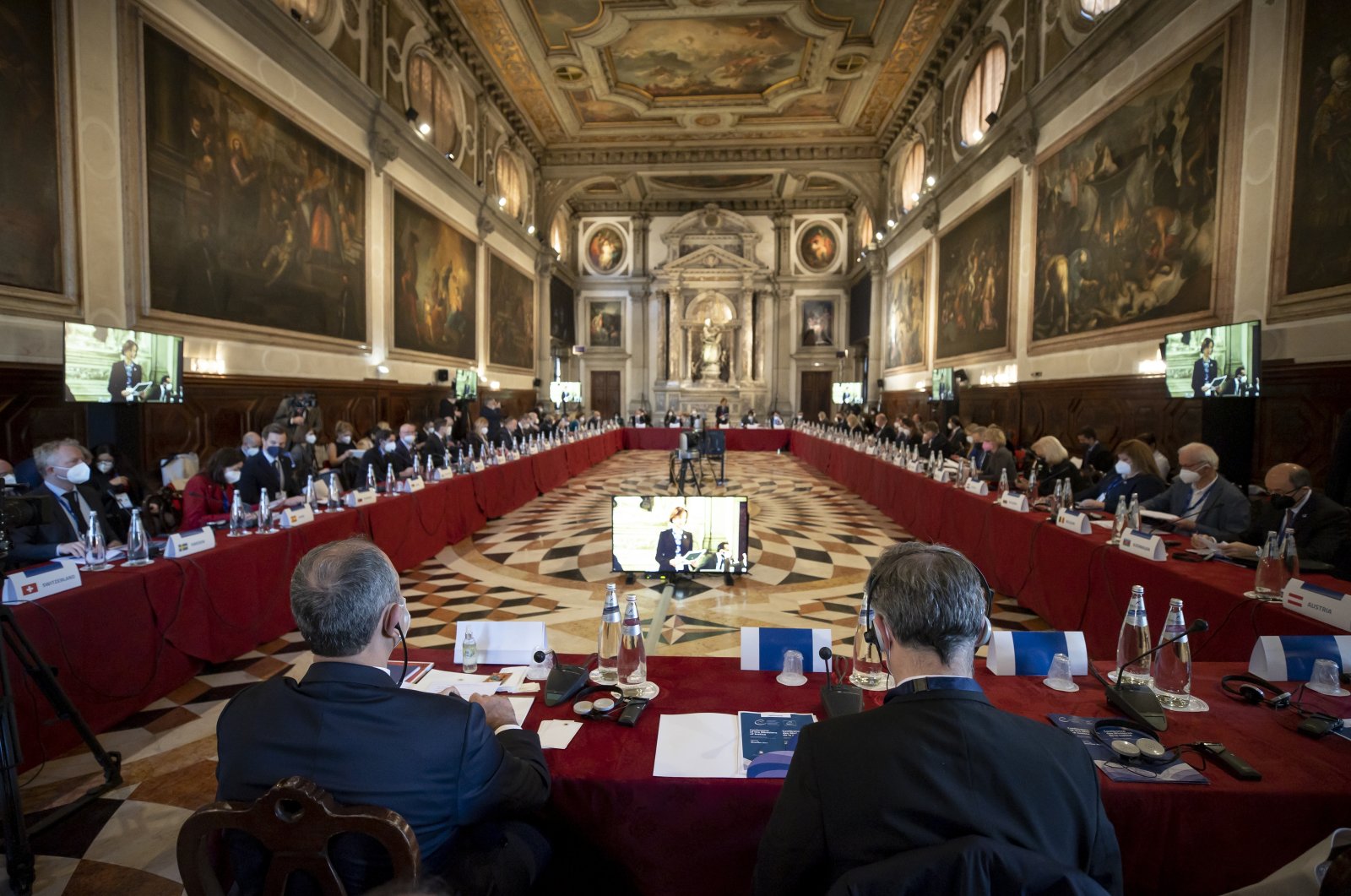 Turkey is determined and has an uninterrupted will to revamp its justice system to further enhance its standards of the rule of law, democracy and human rights, Justice Minister Abdulhamit Gül said Monday.

Addressing a meeting of the Council of Europe (CoE) member states justice ministers in Venice, Gül said that in this process, Turkey's Judicial Reform Strategy Document and Human Rights Action Plan are its main policy documents.

Turkey is marching toward its 2023 centenary with the goal of a more accessible and effective justice system, he said.

"We have allocated a wide range of space to activities aimed at improving the juvenile justice system," Gül said.

Turkey has established a separate unit within the Justice Ministry to work on the rights and services to be offered to all victims of crime, especially children, he added.

"Additionally, we have created directorates of legal support and victim assistance services in all our provincial courts, which include psychologists and social service specialists," he said.

"We have structured the juvenile courts, juvenile investigation office, and the directorates of legal support and victim assistance services together under a building separate from the courthouse," he explained.

With the reforms, Turkey is restructuring its juvenile justice system with a restorative justice approach, he said, adding: "In carrying out sentences of juvenile convicts, we established children's homes for education to enable them to be educated, get a job, and be reintegrated into society."

In addition, Turkey provides young people in children's homes who wish to complete their education the opportunity to stay in these institutions until 21 years of age, he said.

Meanwhile, Foreign Minister Mevlüt Çavuşoğlu said Turkey implemented the European Court of Human Rights (ECtHR) decisions regarding businessperson Osman Kavala, but he was imprisoned over his involvement in other cases.

He also criticized European countries for unfairly scrutinizing Turkey when there are other countries, such as Greece, France, Norway, Germany and the United Kingdom violating ECtHR resolutions.

"Why does the Council of Europe's Committee of Ministers only target Turkey when other countries fail to implement the ECtHR resolution?" Çavuşoğlu said.

He continued by saying that it was hypocritical of CoE to target Turkey in such a manner and that their stance is politicized.

Earlier this month, Turkish officials urged the Council of Europe to not interfere in the country's independent judiciary and to be impartial toward the country in response to a decision regarding the Kavala case.

Kavala, a 64-year-old civil society leader and businessperson, faced charges over the 2013 Gezi Park protests, a small number of demonstrations in Istanbul that later transformed into nationwide riots which left eight protesters and a police officer dead. He was acquitted of all charges in February 2020, but an appeal court overturned this verdict in January.

He denies the charges and has remained in prison despite a December 2019 ruling by the ECtHR, which comes under the Council of Europe.

The rights body's ministerial committee, which is responsible for overseeing the implementation of ECtHR judgments, met between Nov. 30 and Dec. 2. The Committee of Ministers this week discussed whether to launch infringement proceedings against Turkey over the failure to release Kavala last month.