Turkish Parliament to form new commission for violence against women 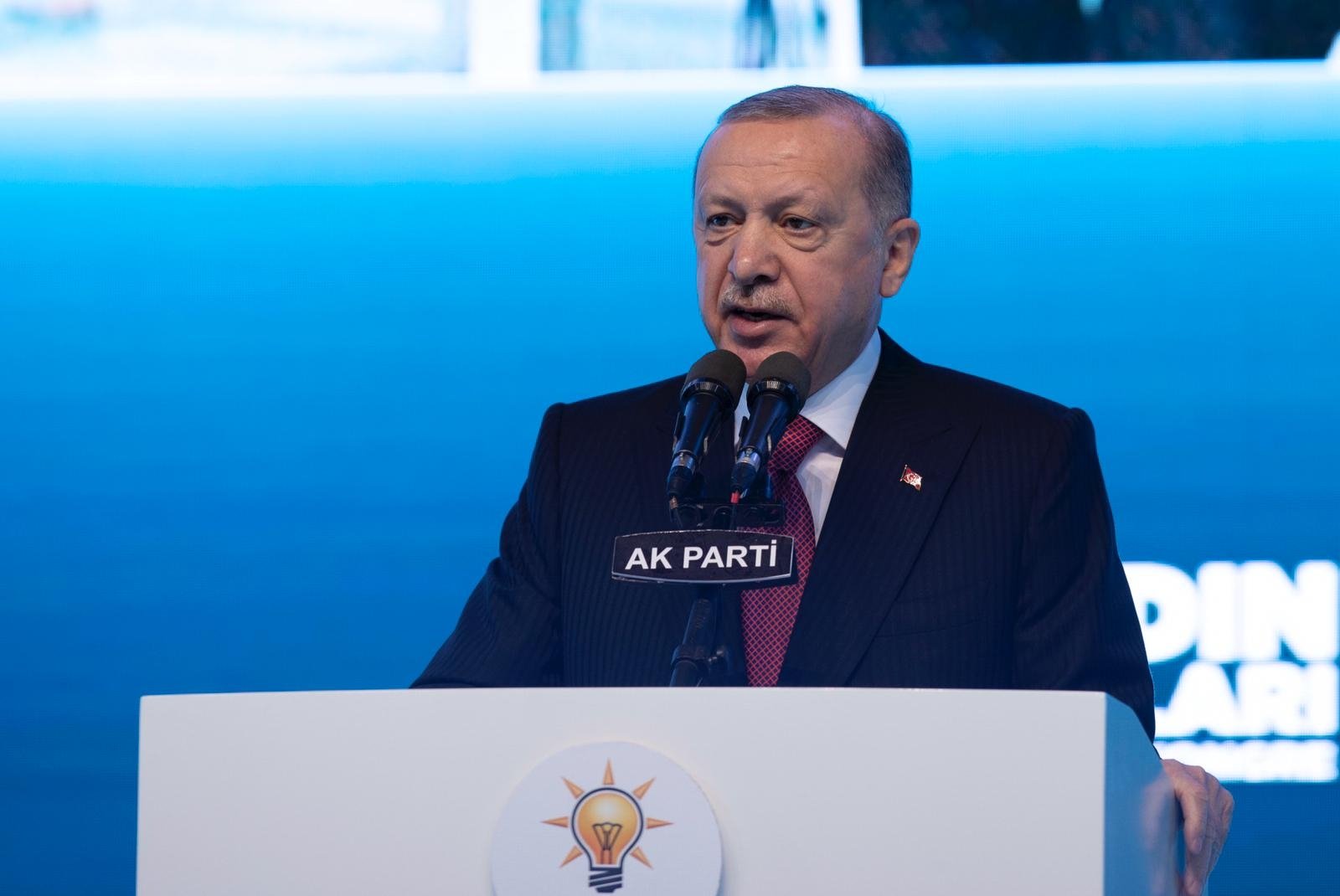 We are forming a new commission in the Parliament to work on preventing violence against women, which is something that we simply cannot allow to happen, President Recep Tayyip Erdoğan said on Monday.

Speaking at the ruling Justice and Development Party (AK Party)'s congress for the women's branch, Erdoğan highlighted the party's priority to highlight women's rights and stance against violence against women. The issue has been under the spotlight in recent years especially with the rise of social media where femicides and domestic violence cases find larger coverage and boost awareness.

Erdoğan said he gives great importance to the participation of women in all areas, including education, art, economy, and politics.

"We will act shoulder to shoulder toward the future as a whole nation with women and men to push our country to a more advanced and developed level and reach our goals," he stressed. Praising the efforts of women throughout Turkish history, he said they set an example with their struggles and achievements.

Turkey implemented many legal and administrative reforms to resolve issues such as discrimination, abuse of rights and domestic violence along with the problems women face in education, business and social life, Erdoğan noted.

According to a report released back in December 2020 by the Interior Ministry, the perpetrators of the violence against women are mostly husbands, and the victims are mostly housewives. The report, which covered a six-month period between January 2020 and July 2020, when 115 women were killed, indicates that 66% of murders took place in the victims' residences, and the majority of the murderers were husbands. More than 117,000 cases of domestic violence and violence toward women were reported in the January-July period, and more than 126,000 people were reported as victims or plaintiffs. Complaints in cases vary, from injuries inflicted by husbands or spouses to threats, insults and mistreatment. The disturbing trend, blamed on a deeply etched patriarchal mindset, claimed the lives of at least 234 women last year, according to an official figure from November.