'Turkish politics have duty to establish a civilian constitution' 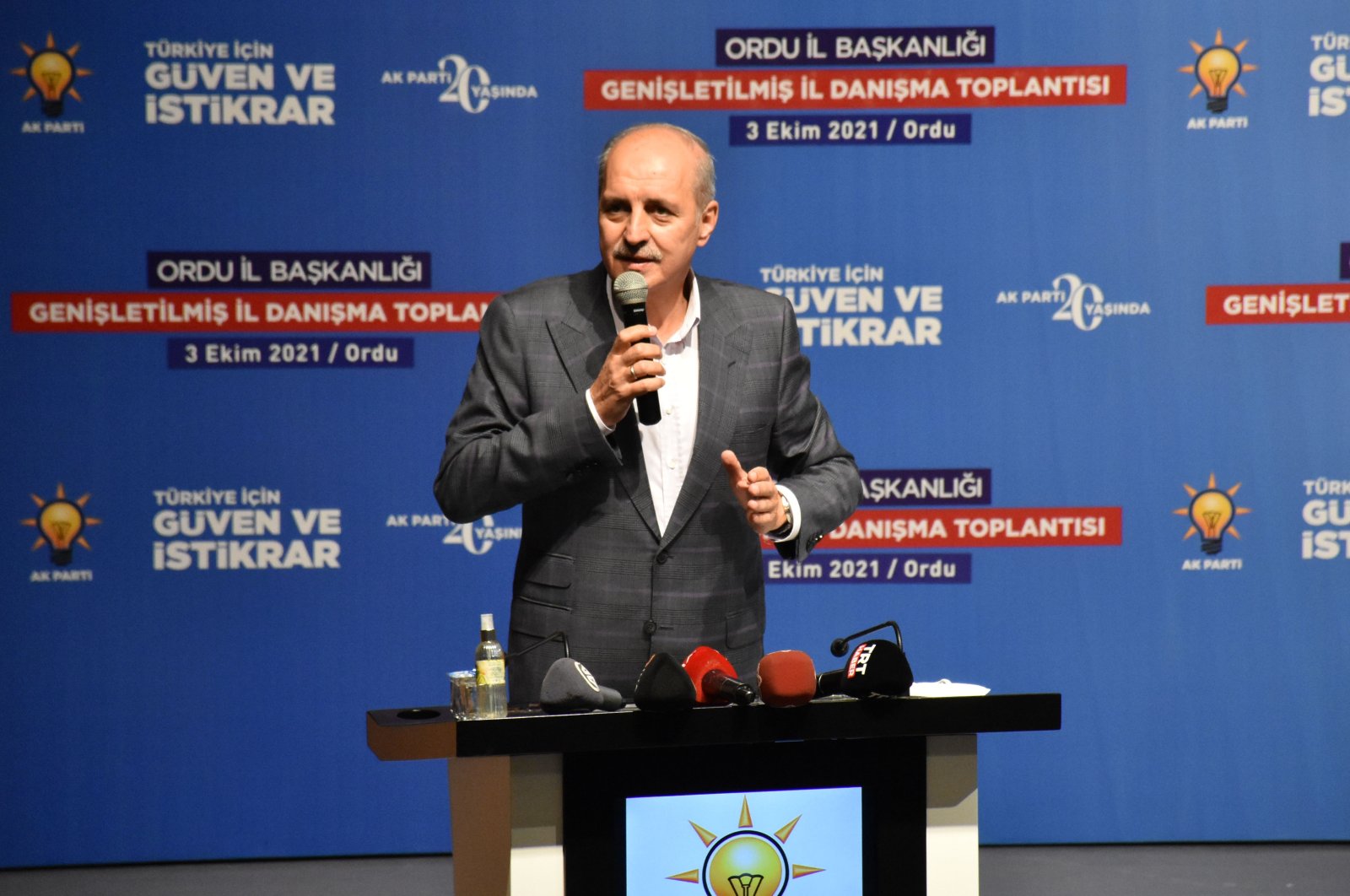 One of the most basic responsibilities of Turkish politics is to establish a completely civilian constitution prepared through the national will, the ruling Justice and Development Party's (AK Party) Deputy Chair Numan Kurtulmuş said Monday.

Speaking at a local TV broadcaster in the northern Ordu province, Kurtulmuş evaluated the agenda of a new constitution.

Stating that one of the main duties of not only the AK Party but also of Turkish politics is to make a constitution that is truly civilian, which the nation will bring to the agenda and implement on its own initiative, he said: "The way to do this is to obtain a majority in Parliament that will constitute this constitution and, if it reaches a certain percentage, then go from Parliament to the people and make a fully civilian constitution with a referendum."

President Recep Tayyip Erdoğan on Friday said at Parliament that he hopes that the new constitution proposal will be approved in Parliament.

"A new constitution, which will be prepared with the consensus of our assembly, if possible, will be the best gift we can give to our nation in 2023 (on the centennial of the republic)," he added.

Erdoğan wants Turkey to have a civilian-drafted constitution by 2023, coinciding with the centenary of the foundation of the Republic of Turkey. The proposal for a new constitution by the AK Party and its alliance partner Nationalist Movement Party (MHP) is expected to be announced to the public in the new year.

Noting that the existing presidential system is the result of a constitutional amendment realized by the will of the nation, Kurtulmuş said: "Therefore, as a result of such a constitutional amendment, it is against the nature of politics to pretend that it does not exist, but any political party or many political parties may say, 'We want to return to the old system.' Whatever gain this nation achieved in Turkey, it never went back to the past. It never reverted to the old system. Every democratic gain went a little further, a little further."

Turkish voters narrowly endorsed an executive presidency in the April 16, 2017 referendum with 51.4% of the votes in favor. The official transition to the new system took place when Erdoğan took the presidential oath of office in Parliament after the June 24, 2018, general elections, in which he won 52.6% of the votes.

The next presidential and general elections are scheduled to be held in 2023.