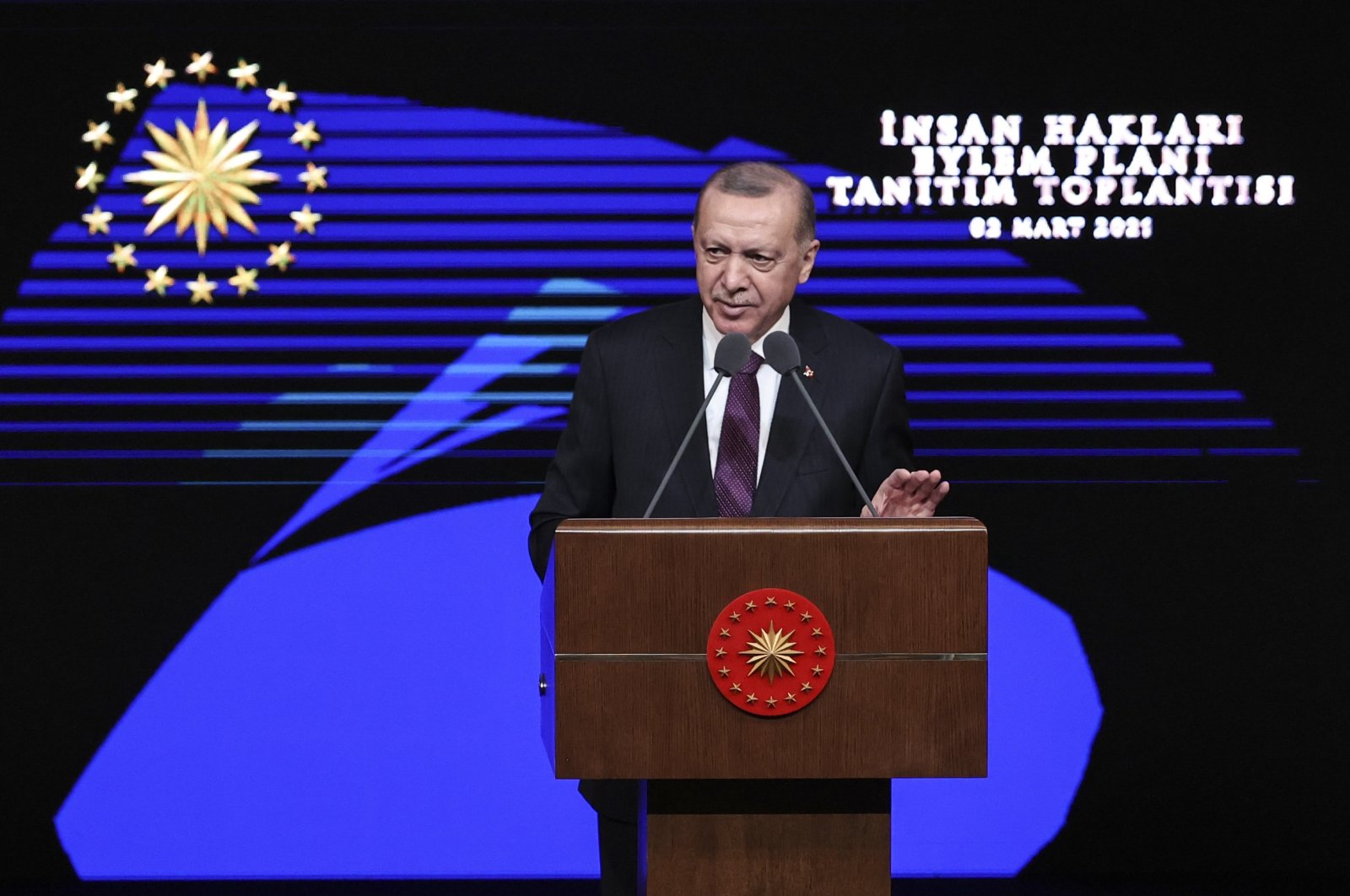 The United Nations has expressed its readiness to support Turkey's implementation of its Human Rights Action Plan, which was announced by President Recep Tayyip Erdoğan earlier this month.

Stating that their office was not involved in the preparation of the plan, Throssell said: "The action plan should be read in line with Turkey's commitments and responsibilities within the context of international human rights law and acted accordingly. We reiterate that we are ready to support Turkey's international standards including the effective implementation of this plan and other judicial reforms."

Erdoğan earlier this month unveiled Turkey's long-awaited Human Rights Action Plan, saying that the plan is expected to be executed within the upcoming two years and that "broad-based consultations were a part of every activity in the plan prepared according to our nation's expectations."

"It has 11 principles, the first one of which is the fact that human rights are under the protection of the law," he stated, speaking at the introductory meeting of the Human Rights Action Plan. Around the 11 main principles that constitute the backbone of the plan, a total of nine aims, 50 goals and 393 activities have been set. The activities envisioned within the framework of each goal under the relevant aims are organized as tangible “measurable and monitorable” actions.

On May 30, 2019, Erdoğan announced that there would be judicial reform to strengthen the independent, objective, accountable and transparent features of the judiciary. The judicial reform strategy consists of two basic perspectives, nine targets, 63 objectives and 256 activities.

The plan focuses on the topics of freedom, the right to security, the right to a fair trial, freedom of speech as well as the rights of women and the disabled. The enhancement of these rights and liberties has seen setbacks in the bureaucracy that have prevented them from being implemented properly. The plan has been prepared in accordance with the observations and reports of international mechanisms that monitor human rights in cooperation with several human rights groups.