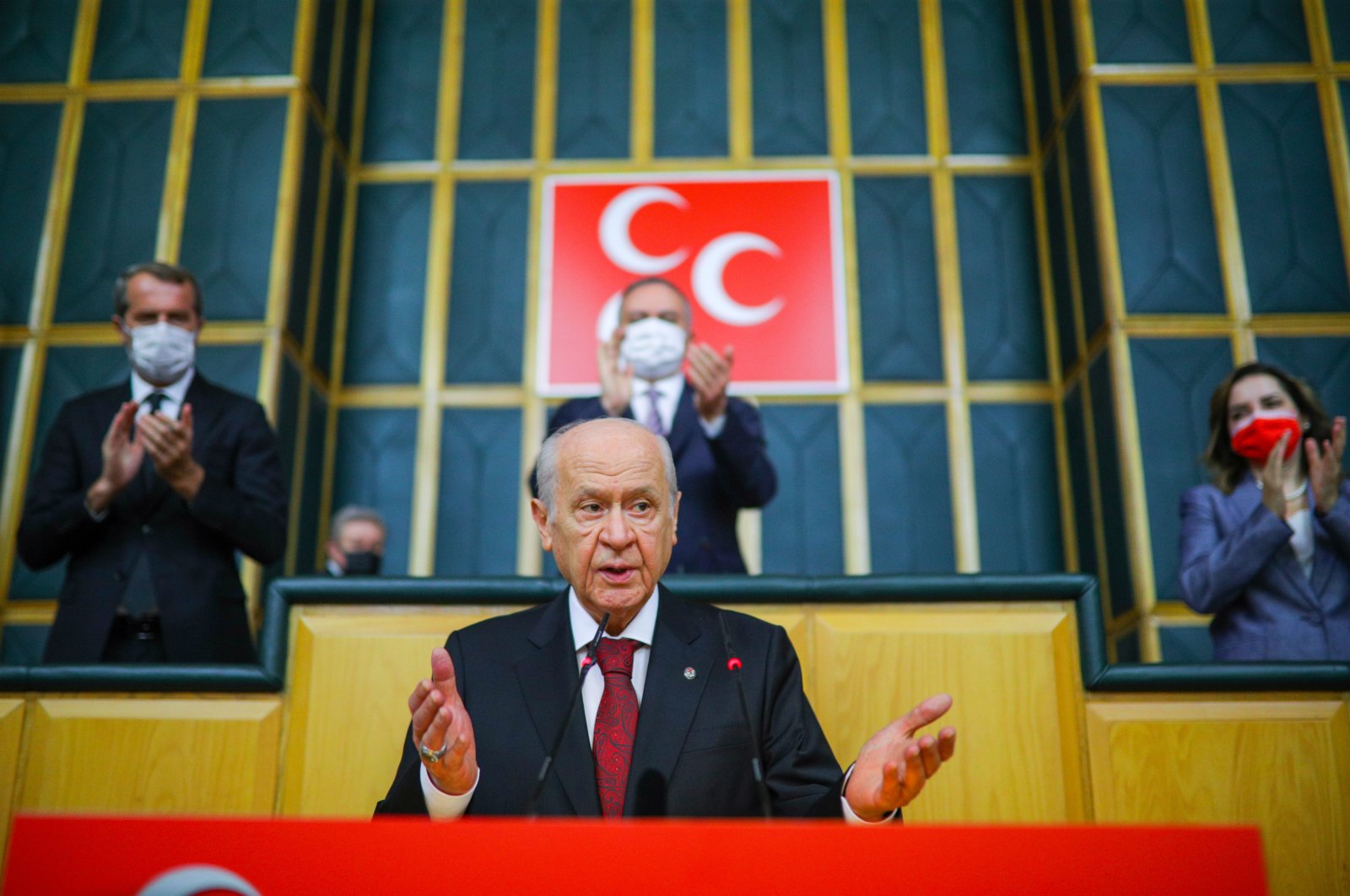 In a written statement released Tuesday, Bahçeli criticized the main opposition Republican People’s Party (CHP) and the Good Party (IP) for acting like opportunists to exploit the “fragile” atmosphere in Turkey by issuing provocative statements against ongoing efforts.

“The statements of CHP and IP chairpersons’ statements are too faulty and sick to abide by any sense of political ethics or virtue,” Bahçeli said. He continued by saying that the claims on recent laws that were passed to pave the way for constructions on forest areas are nothing but “immoral allegations.”

The MHP chair noted that some 62 areas, including 26,000 people were evacuated from fire areas and Adana, Antalya, Muğla, Mersin and Osmaniye provinces were declared disaster zones, as he said the country has mobilized all means to deal with the fires.

“At times like these, it is unspeakably important to keep a sense of national unity and help in resisting the disaster sensibly,” Bahçeli said.

Noting that the intentional provocations plan to incite chaos in the country, Bahçeli said perpetrators aim to weaken the social and economic strength of the country, which would, in turn, make Turkey vulnerable to all types of outside interference.

The first fires in Manavgat had begun in four different locations last week. Over the next six days, more fires erupted in different locations. Fires prompted the evacuation of neighborhoods that were subsequently burned completely, leaving hundreds homeless. The government funneled cash aid to the region along with emergency aid and pledged to build new homes for the victims.

Investigations are underway for potential arson, which may have caused the major fires. Authorities had earlier stated that it was being investigated whether the terrorist group PKK, which was behind previous arsons, was also the perpetrator of these forest fires. In some neighborhoods of Manavgat, where fires broke out one after another, people started patrolling streets against “arsonists.” Local security officials urged the public not to believe in disinformation and rumors being spread on social media and WhatsApp groups.