A Chess Game: Everyone will win or lose after the NATO summit 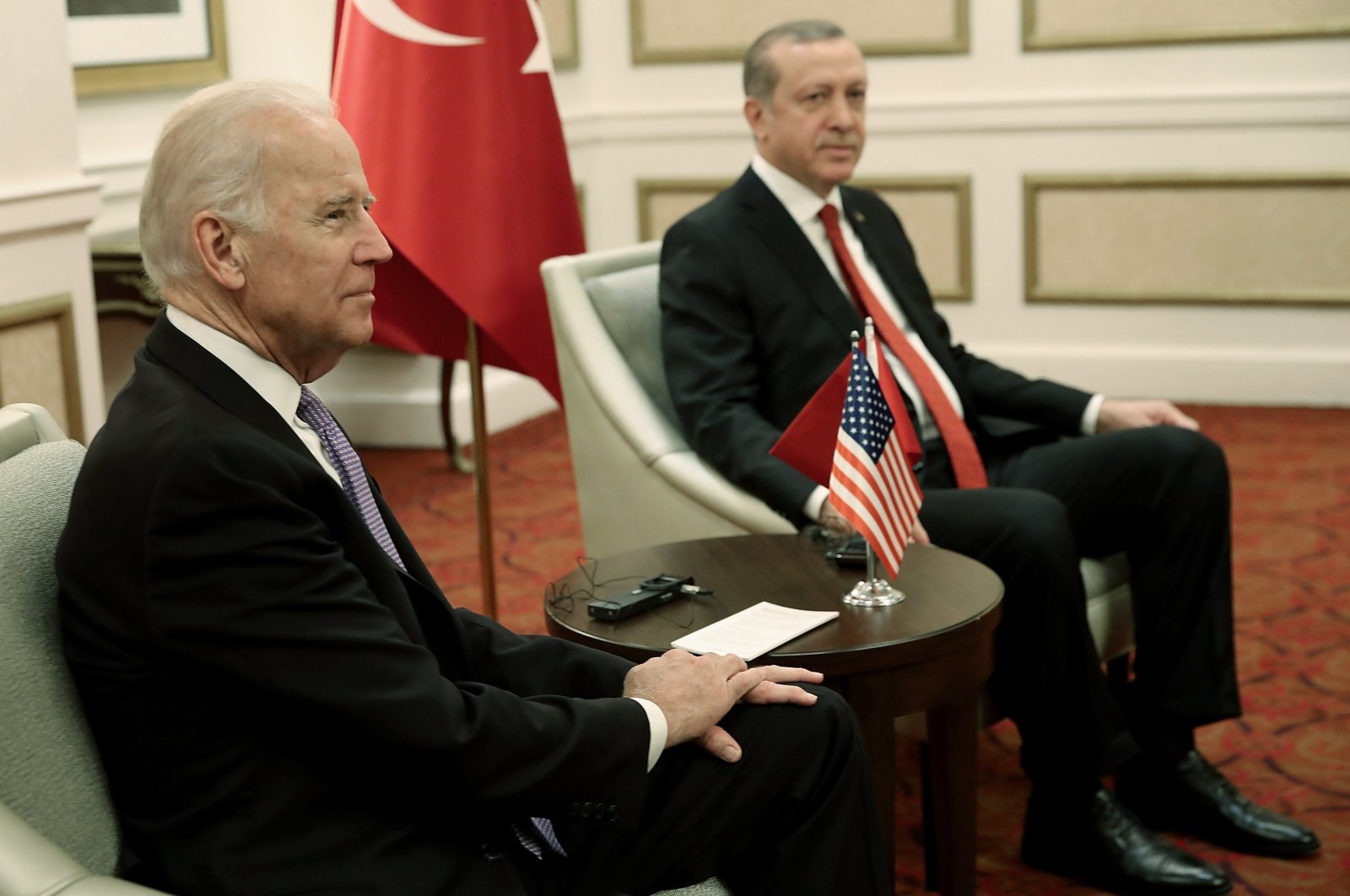 Next month will present more game-changing diplomatic talks for Turkey. The first of the talks, set to play a decisive role in Turkish-American relations next term, already took place Thursday between United States Deputy Secretary of State Wendy Sherman and Deputy Foreign Minister Sedat Önal. The issues discussed in Sherman and Önal's talks were a prelude to the meeting of U.S. President Joe Biden and President Recep Tayyip Erdoğan, who are expected to meet on the margins of the NATO leaders' summit in Brussels in the second week of June. In light of these developments, Ankara's intention to make a fresh start with Washington was again expressed the previous day during President Erdoğan's meeting with senior officials from U.S. companies.

Erdoğan said late Wednesday that he believes the meeting with U.S. President Biden during the upcoming NATO summit will mark the "beginning of a new era."

Progress in economic relations is expected to play a driving role in the new period, while Ankara remains determined to resolve the frozen political disputes between the two countries. At the beginning of this is the support of the United States in northern Syria with the PKK terrorist organization's Syrian wing the YPG. So it was on Ankara's radar that U.S. Central Command (CENTCOM) Commander Frank McKenzie, who earlier described terrorist groups as an important ally of the U.S.' in the fight against Daesh, met with the so-called leaders of the terrorist group. At the top of the issues that Turkey will bring to the table in the negotiations held at the level of deputy foreign ministers, this issue is a priority. Because a solution or lack of resolution on this issue also seems to determine the course of the Biden-Erdoğan meeting. On the other hand, progress on this issue or the continuation of the current situation will also determine the severity of Turkey's operations to cut off the YPG link on the Syrian-Iraqi line. In fact, Ankara's major Sinjar operation, aimed at destroying the terrorist organization in northern Iraq, is also waiting at the door. The course of other issues expected to be resolved between Turkey and the United States will also develop in parallel with the position that the United States will take against the terrorist organization in Syria and Iraq. It would be a lose-lose political choice if the United States did not make concessions on the YPG while waiting for support from Turkey in areas whose geopolitical importance has recently increased, such as Ukraine and Afghanistan, under the umbrella of NATO. On the other hand, the image of NATO member Greece provoking its neighbor, another NATO member Turkey, is another dangerous game played by Washington recently. At this point, the visit of Foreign Minister Mevlüt Çavuşoğlu, who will travel to the country at the invitation of Greek Foreign Minister Nikos Dendias at the beginning of the week, will be very important.

Such an invitation from Dendias, especially after his highly undiplomatic statements during his recent visit to Ankara, is expected to open an important door for the two neighboring NATO member states to keep alive the intention of reconciliation again. In this sense, the policies that will be carried out in accordance with the common interests rather than the fait accompli policies of Greece in the developments in the Eastern Mediterranean will be reflected not only in the relations between Turkey and Greece but also in the relations between Turkey and the EU and Turkey and the United States. Otherwise, Washington's attempts to inspire a tension-boosting stance will open the door to a lose-lose game in the Eastern Mediterranean, as in Syria.

One of the key talks that will affect all these developments will be held in Geneva between Biden and Russian President Vladimir Putin after the NATO leaders summit on June 16. Ankara will be closely monitoring the results of this meeting, which will affect not only relations between Moscow and Washington but also in a positive or negative way with many regional and global conflicts. The results of this meeting will affect Turkey's policies and national security in the region, especially in Syria, Libya, the Eastern Mediterranean and the Caucasus.

Currently, the coming period will now be a process for Turkey to make final decisions on areas it does not agree with as much as the policies it has agreed with the United States and Russia.

In making these decisions, significant changes can be observed in the foreign policy of Turkey, a regional power that cannot be ignored for both Moscow and the United States. It seems far from a realistic approach to think that these two forces will win both on a regional and global scale in an equation that Turkey will lose.

In this sense, it is possible that another meeting will take place between Erdoğan and Putin immediately after both the Erdoğan-Biden and Biden-Putin talks. In light of these developments at the NATO leaders summit and its aftermath, it will be clear that everyone will enter a period where they have lost or won.

Leaders will act in the light of all these balances, geopolitics, bilateral interests and realities on the ground. At the moment, Erdoğan, Putin and Biden are playing a game of chess whose effects will be felt on a global and regional scale. All players are experienced enough to make the best move, but they are also aware that no one can win without mutual concessions.

In this equation, where no one will make concessions, a new process will be entered in which the lack of resolution will deepen and new areas of conflict will appear, rather than the winner.