HDP's relationship with terrorism and the establishment of law 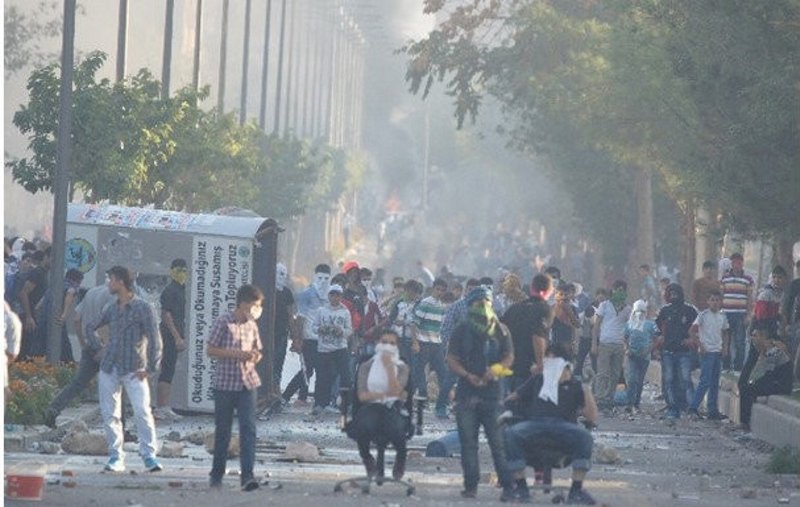 The attorney general's indictment will now be accepted in court and proceedings will begin at a future date yet to be determined. The court's appointed rapporteur will present the report to the Constitutional Court and the trial will begin.

There is a lot of evidence and a 600-page indictment on the HDP that matches the articles of the Constitution on the conditions of the closure of political parties and due to HDP's organic relations with the PKK terrorist group.

The trial could now take weeks or months for that indictment to be presented to the court as a report. According to the decision, potential outcomes include the party being closed, political bans being imposed on party members or Treasury aid to the party could be cut.

Presidential Communications Director Fahrettin Altun has already given an answer to questions that may come from other countries or international institutions on this issue. He said Wednesday that it is an indisputable fact that the HDP has organic ties to the PKK, which Turkey, the United States and the European Union consider a terrorist entity.

The Constitutional Court will examine the basic evidence and this lengthy indictment of the words and actions of the HDP and its leaders, as well as the support and propaganda for the PKK.

One of the most concrete reasons for this process regarding the HDP dates to 2014. In September 2014, clashes intensified between a Syrian branch of the PKK terrorist group and Daesh in the town of Ain al-Arab (Kobani) near the Turkish border. Developments in Kobani, which was then the territory of the Syrian regime, triggered violence in Turkey sponsored by the PKK and the HDP. Kobani, which has been under the control of the YPG since 2012, was of serious importance in implementing the so-called “democratic autonomy” project, which was often emphasized by both the HDP and the PKK. It is also the core of the HDP's party program that aimed to make municipal provincial councils function as parliamentary and have political weight. In fact, Kobani was a test site for achieving this goal of the PKK and the HDP.

In August 2014, the PKK and the HDP tried to turn Kobani into a bargaining chip for this goal. Both the PKK and the HDP used disinformation tools and all elements of psychological warfare. They made a special effort to mobilize the masses with false news. On Oct. 5, so-called leaders of the PKK terrorist group made a call to take over Kobani. Immediately after the announcement by the PKK leaders, on Oct. 6, 2014, the HDP party assembly and the then party co-chair, Selahattin Demirtaş, convened and repeated the same text published by the terrorist group, which called on people from “7 to 70 to take action against the attempted massacre in Kobani.” With this statement, street protests took place in many provinces in southeastern Turkey. During the events on Oct. 6-8, militants affiliated with the PKK set schools, buses, flags and statues of Atatürk on fire. At the end of the widespread violence, which began with the call of the HDP, two police officers and 37 citizens were killed and 326 security guards and 435 citizens were injured.

In the following days, the Kobani indictment was prepared by the Ankara prosecutor general's office and a case was filed against the HDP's leaders at that time. For the events of Oct. 6-8, Demirtaş and Figen Yüksekdağ, the then co-chairs of the HDP, were imprisoned. A very comprehensive indictment was prepared against the HDP saying it was associated with the PKK and the indictment included numerous determinations that the HDP was associated with a terrorist group and had ties to Qandil where so-called PKK leaders hide. After these determinations, it was stated that the legal process leading to the closure of the HDP began to form.

Another recent incident once again revealed the links the HDP has with the PKK. In January, an operation was launched by security forces after posters of jailed PKK leader Abdullah Öcalan, as well as terrorist propaganda material were found in the HDP building in the Esenyurt district of Istanbul.

Meanwhile, the attempt and decision to close the HDP has precedent not only in Turkey but also in many parts of the world. Just as in the Turkish Constitution, the European Convention on Human Rights (ECtHR) features similar articles that state everyone has the right to peaceful assembly and association but it also underlines that the protection of national and public security, maintaining public order, prevention of crime, health, morals or the rights and freedoms of others can be restricted by law in order to protect the acceptance of the principle.

The ECtHR even accepts the non-condemnation of terrorism as sufficient justification for the closure of political parties. Political party leaders and members must operate within the framework of democratic principles, cannot be connected to terrorist organizations and should not aim to disrupt and eliminate the indivisible integrity of the state.

In fact, ECtHR made a decision on this issue that set a precedent dating back 19 years. In 2002, the Spanish parliament passed a law that stipulated that political parties that are the focus of actions that clearly contradict democracy and constitutional values can be closed. In 2003, the Supreme Court shut down the Herri Batasuna party, which operated in the Basque region, under this very law. Among the reasons for the shutdown, the party was found to have an organic link with the Basque Homeland and Freedom (ETA) terrorist organization and its subsidiaries. Terrorism posters and provoking the people to fight against the state were listed as evidence.

During the decision, the Spanish Constitutional Court also stated that, “The refusal of a political party to condemn terrorist attacks means that in some cases it tacitly supports terrorism.” The Herri Batasuna party then appealed to the ECtHR the decision based on articles that regulate the freedom to convene and form a political party and the freedom of thought, which the party claimed had been breached. However, the ECtHR dismissed these complaints in a ruling on June 30, 2009, and upheld the decision to close the Batasuna party.

Taking this example, the ECtHR has shown that even failing to condemn terrorism warrants closing a party. There are hundreds of pages of evidence proving the HDP and its leaders' affiliation to the terrorist organization and that they acted as the group's politician extension and propaganda tool. These actions are illegal and they cannot get away with it. An overwhelming majority in Turkey believe that the HDP has pushed all these democratic gains away. The Turkish state has made it difficult to close the party with recent constitutional changes during these years. In politics and on the street, people have no doubt that HDP and the PKK have an organic relationship. Now, given the current circumstances, the final decision will come down to the law in Turkey, as it always does. Because this issue is no longer political, it a matter of law and the deliverance of justice that the people of Turkey expect.