NATO summit is the last exit for Turkish-American relations 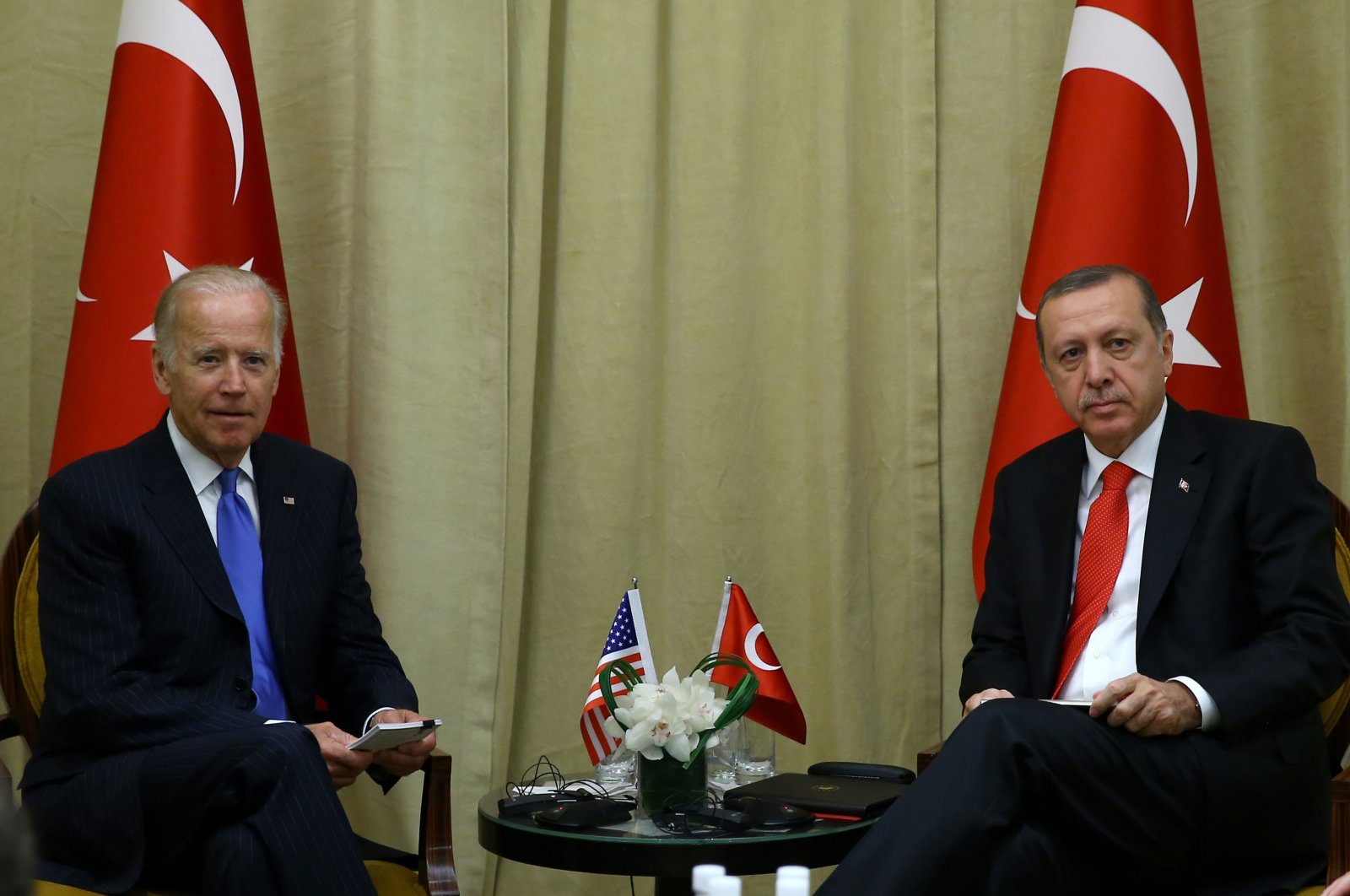 The cold winds blowing on Ankara-Washington relations for the last decade have now been replaced by a severe storm. In the era of former U.S. President Donald Trump, the deep wounds that began to open in bilateral relations under Barack Obama were somehow repaired. However, with the arrival of President Joe Biden and his administration, new wounds were added to the hostility against Turkey almost every day. Washington's negative actions against Ankara have now reached their peak with the latest taking place on April 23.

On the evening of the day marking the 101st anniversary of the opening of the Grand National Assembly of Turkey, celebrated as a national holiday as the National Sovereignty and Children's Day, U.S. President Joe Biden informed President Recep Tayyip Erdoğan in his first call in months that he would describe the events of 1915 as a "genocide." Turkey as a whole saw Biden’s statement as political, although Washington insisted that it was just a moment of condolence and not an accusation. For this reason, all of Turkey saw this statement as null and void and strongly rejected the claims. Biden made this statement not only against the president of Turkey but also against the people of Turkey, who have lived peacefully in this land for centuries with the Armenian and Kurdish populations.

Meanwhile, Biden made this decision by ignoring all the archives, historical facts, words of world-famous historians such as Bernard Lewis and Norman Stone, the U.N. resolutions (1948) and the decisions of international law. In fact, he did not even pay attention to American constitutional law professors, such as Bruce Fein, the top Justice Department lawyer in the Ronald Reagan era, who argued what happened during the Ottoman Empire in 1915 could certainly not qualify as a “genocide,” but it was a relocation issue that took place during World War I.

Biden also turned a blind eye to Fein's findings that Armenians had committed crimes against humanity and war crimes had taken place against the Ottoman Turkish and Kurdish populations of eastern and southern Anatolia during World War I. As Fein stated in a Washington Times piece back in 2007, these realities have been forgotten amid congressional preoccupation with placating the vocal and richly financed Armenian lobby in Washington.

Biden did this despite the fact that the Armenian Orthodox Patriarch Sahak Maşalyan, on April 23, declared, “No one should use the events of 1915 that both nations experienced as political material.”

On the other hand, Turkey has so far been on the lookout for ways to mend relations, despite the U.S.' support for the Gülenist Terror Group (FETÖ) and the YPG, the Syrian branch of the PKK terrorist group, along with all kinds of military, diplomatic and economic pressure against Turkey over the advanced Russian S-400 missile system. Biden made the April 24 statement despite the constructive and restorative attitude of Ankara and knowing the attitude of the majority of Turkish people who view Washington as a threat.

Biden also ignored the lack of a judicial decision on the events of 1915. By making the statement, he assumed the place of the International Court of Justice (ICJ) and the International Criminal Court (ICC), the only authorities that can decide whether an incident can be considered a “genocide.”

Therefore, given the U.N. Genocide Convention, to which Turkey is a signatory party, and the case law of the ICJ, interpreting this convention, a U.S. president's statements recognizing events as genocide hold no legal value. According to the ICJ, states, as well as individuals, may be subjected to defamation in this sense. Given these facts, Biden's attempt has officially violated legal, historical and humanitarian facts.

Now, as a response, Turkey began to speak even more about the massacres committed by Armenian gangs against Kurds and Turks in border provinces such as Erzurum, Kars and Iğdır in 1915.

Everyone is aware of the internal and external factors that propelled Biden to make this statement. The Armenian lobby in the U.S. holds sway on Biden and his vice president, Kamala Harris, as well as House Speaker Nancy Pelosi. In particular, this was very visible during the campaigns of Harris and Pelosi, and the positive scores given to them by the Armenian National Committee of America (ANCA), which is the Armenian lobby's chartered organization in the U.S. It is also known that this issue gained greater traction due to the lobbying of Armenians, especially after the Nagorno-Karabakh defeat.

Overall, it is already known that this issue has been used as a tool of political blackmail against Turkey since the Reagan era of 1981. The Turkish public knows that every April 24 anniversary will bring something about this issue that the administrations in Washington have turned into a bargaining tool.

When we list all these in a row, it is clear that Washington only wants to create another piece of blackmail in an all-out attack on Turkey.

As the other side of the medallion, Washington, which turned the S-400s issue into a blackmail strategy against Turkey, now intends to turn the 1915 events into another tool to build political pressure on Ankara. Biden, who has been among the most experienced politicians in the field of foreign policy in the U.S. for nearly 40 years as a senator and eight years as a vice president, is far from analyzing his performance in Turkey. His administration, which placed the Asia-Pacific at number one on the threat and focal point, is struggling to bring back the U.S., which has long lost its dominance in the Middle East, the Near East, the Caucasus and North Africa.

Also, the cost and sustainability of the proxy wars waged by Washington with terrorist organizations such as the YPG in the Middle East, whose power is limited in the Ukraine and Karabakh crises, is also very well known.

Washington's foreign policy, which has experienced a crisis of confidence not only with Turkey but also with all its allies within the NATO framework, has also been tested in the latest Ukraine crisis.

Biden will now go down in history as the first U.S. president to recognize the events of 1915 as "genocide" and slander Turkey. Turkey now knows that it won't be easy to repair ties with the U.S. anymore.

Along with Biden's inability to handle foreign policy affairs effectively, it is also apparent that he is unable to manage relations with Turkey. Once he has played all his trump cards, he may have no choice but to break off relations completely.

Now all eyes will be on Erdoğan and Biden's face-to-face meeting at the NATO leaders summit in June. At this summit, it can be assumed that Erdoğan will continue with his stance cautiously and will act on the basis of reciprocity, national interests and sovereign rights of Turkey.

If the U.S. continues its aggressive stance against Turkey's sovereign rights and if its negative campaigns do not stop, Turkey will not respond in kind but will adopt a more decisive and uncompromising tone. Turkey's patience seems to be increasingly exhausted.

The Brussels summit may be the last exit before the bridge to Turkey for the U.S., which has long forgotten the merits of the alliance.