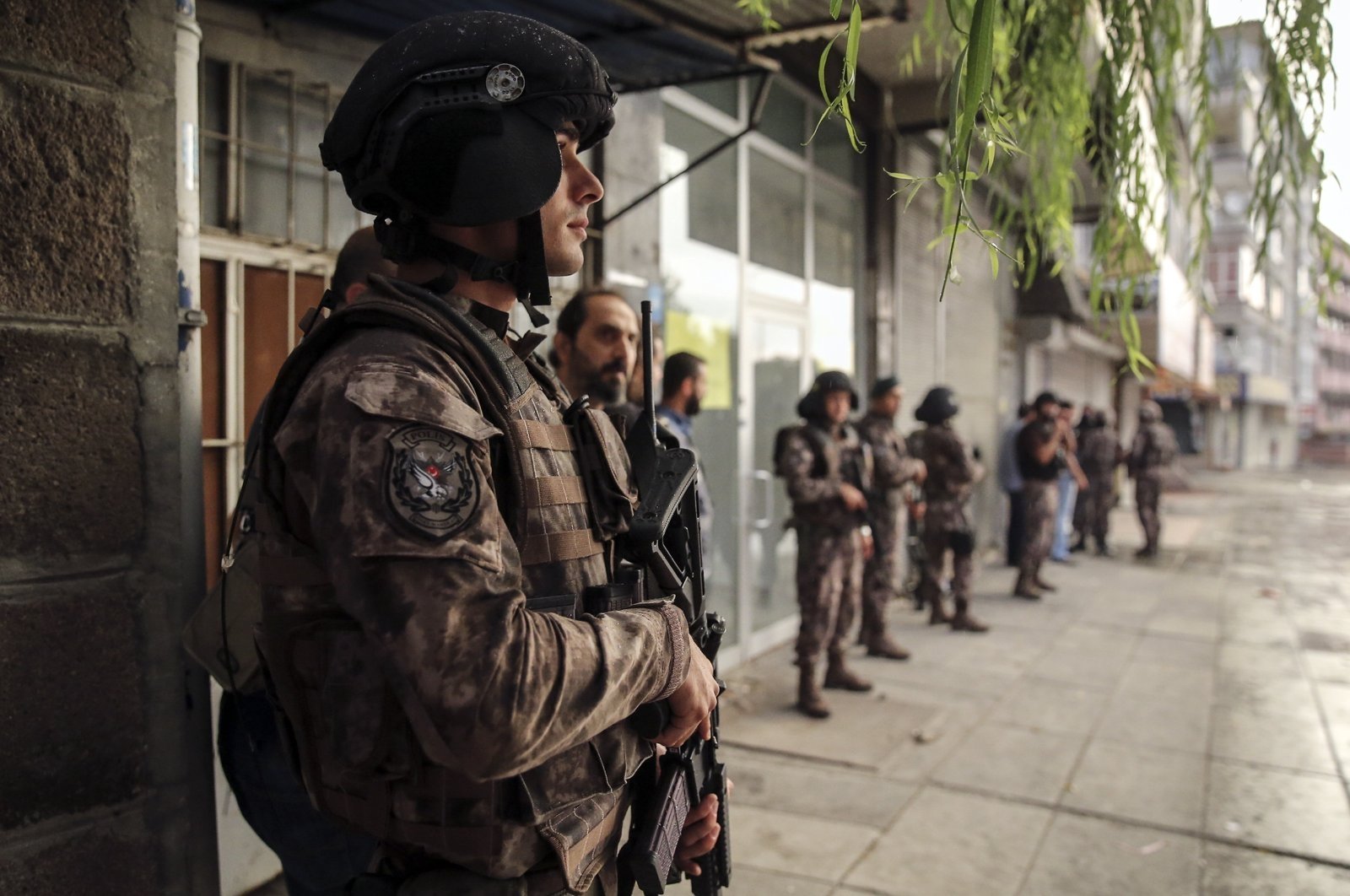 Turkey, the only NATO member country fighting Daesh one-on-one in the field, has stepped up its efforts to help the Global Coalition and NATO increase their effectiveness in this fight. One of the most important elements in the upcoming period will be increasing pressure on international partners over the YPG/PKK terrorist group, which continues its logistical and financial cooperation with Daesh in Syria and cannot be considered a legitimate actor in this fight.

Foreign Minister Mevlüt Çavuşoğlu, who attended the anti-Daesh coalition meeting in Rome this week, reiterated President Recep Tayyip Erdoğan's comments at the NATO summit in Brussels that Turkey is a country that performs all its duties in the fight against terrorism within the alliance.

Turkey considers Daesh and the PKK/YPG a great threat not only to itself but to other countries as well, particularly Syria, and if cooperation between these organizations on the ground is not terminated, it will be impossible to ensure permanent stability and security in the country. In fact, at the meeting in Rome, Çavuşoğlu opposed the support for YPG/PKK among the coalition partners, under the pretext of fighting Daesh, stressing that they both feed each other financially and logistically.

In contrast, “Turkey is the only NATO country fighting the terrorist group Daesh on the front line” he said. Çavuşoğlu also said that Turkey has disabled the financial structure of Daesh and so far 4,500 militants have been eliminated in Syria and Iraq. "Daesh, despite its withdrawal, is still a threat," he emphasized.

"The fight against one terrorist group should not be countered with support for another terrorist group," he said, stressing that the methods used to defeat Daesh in Syria have been faulty since the beginning. “The YPG/PKK and the so-called Syrian Democratic Forces (SDF) are extensions of the PKK in Syria. The YPG/PKK needs Daesh to maintain its own importance and is benefiting from the presence of Daesh," he said.

That is why Turkey predicts that the threat of Daesh could deepen further in Syria, as long as the claims that the PKK and YPG are fighting Daesh continue. The truth is that YPG/PKK is known to have released Daesh terrorists in exchange for financial gains from the camps under its control. In this sense, Turkey believes that coalition partners in the global fight against terrorist organizations should take a deeper account of the situation and guarantee an effective exchange of intelligence, and initiate real partnerships with legitimate actors.

Turkey ranks first among the countries that have faced the most attacks at the hands of Daesh. The organization has carried out terrorist attacks against Turkey both inside and outside Turkey. A total of 309 civilians and security forces have been killed and 1,338 injured in suicide bombings, other bombings and gun attacks by Daesh, which has carried out 20 attacks against Turkey since 2014.

Meanwhile, the town of Kilis, on the border with Syria in Turkey's southeastern province, was targeted 60 times in about 20 mortar missile attacks between January and May 2016, killing 19 people while, a total of 829 people were killed in Daesh's attacks in various countries around the world, outside Turkey.

Turkey carried out a total of 5,855 operations against Daesh between 2014-2021. As part of the operations, 1,200 Daesh members were captured and arrested. About half of the organization's members were found to be from 43 countries, while Turkey cleared 4,000 square kilometers (1,544 square miles) in Syria occupied by the terrorist organization. As part of Operation Euphrates Shield and Operation Olive Branch, 3,704 Daesh members were killed, while 76,818 people from 151 countries were banned from entering Turkey. More than 7,600 foreign nationals suspected of involvement in activities linked to foreign terrorist fighters have also been deported. Meanwhile, 14 associations were shut down as part of the fight against the organization and 2,564 social media accounts belonging to members of the terrorist organization were detected. As a result, 22 terror attacks, including live bomb attacks, were foiled.

On Oct. 27, 2019, Abu Bakr Al-Baghdadi, the leader of the terrorist organization, was captured in northwest Syria with the help of Turkey, while his sister and other family members were captured and brought to Turkey. Turkey, which has so far captured many senior members of the terror group, continues its operations unabated.

The Istanbul Security Directorate's counterterrorism branch carried out another major operation Wednesday. In the operation, Turkey arrested 28 YPG/PKK suspects who had brought women and children from the camps to Turkey and provided necessities such as housing, food and collected financial aid for imprisoned Daesh suspects. The Turkish National Intelligence Organization (MIT) also played its part by foiling a bomb attack by Daesh against Turkey. With the assistance of MIT's intelligence, local security forces in Aleppo captured Syrian national Semir al-Hamid on June 17. Al-Hamid, who was detained, admitted that he was preparing for a bombing against Turkey and had buried the explosives he intended to use.

Kasım Güler, the so-called "Turkey head" of Daesh, who was also wanted with a red notice was captured and brought to Turkey by MIT's operation in Syria. According to security sources, MIT began working on the intelligence on Güler, code-named Abu Osama al-Turki, and learned that he was planning to illegally cross into Turkey from Syria to carry out terrorist activities. Güler was captured and brought to Turkey for questioning and arrested during an operation in Syria.

All these numbers and data reveal who is actually fighting Daesh and who is not. The PKK/YPG, which continues to receive political and logistical, arms support from Washington under the pretext of fighting terrorists in Syria, is actually cooperating with them.

For this reason, Turkey will increase its pressure and continue to reiterate these facts to Washington and the other partners of the international coalition in the new era. On the other hand, as it continues its fight on the ground, Turkey will continue to transfer its experience under NATO, the Global Coalition Against Daesh and increase its support for the complete destruction of the terrorist groups which are not different from each other.