While Syria policy collapses, ending YPG support is must for US 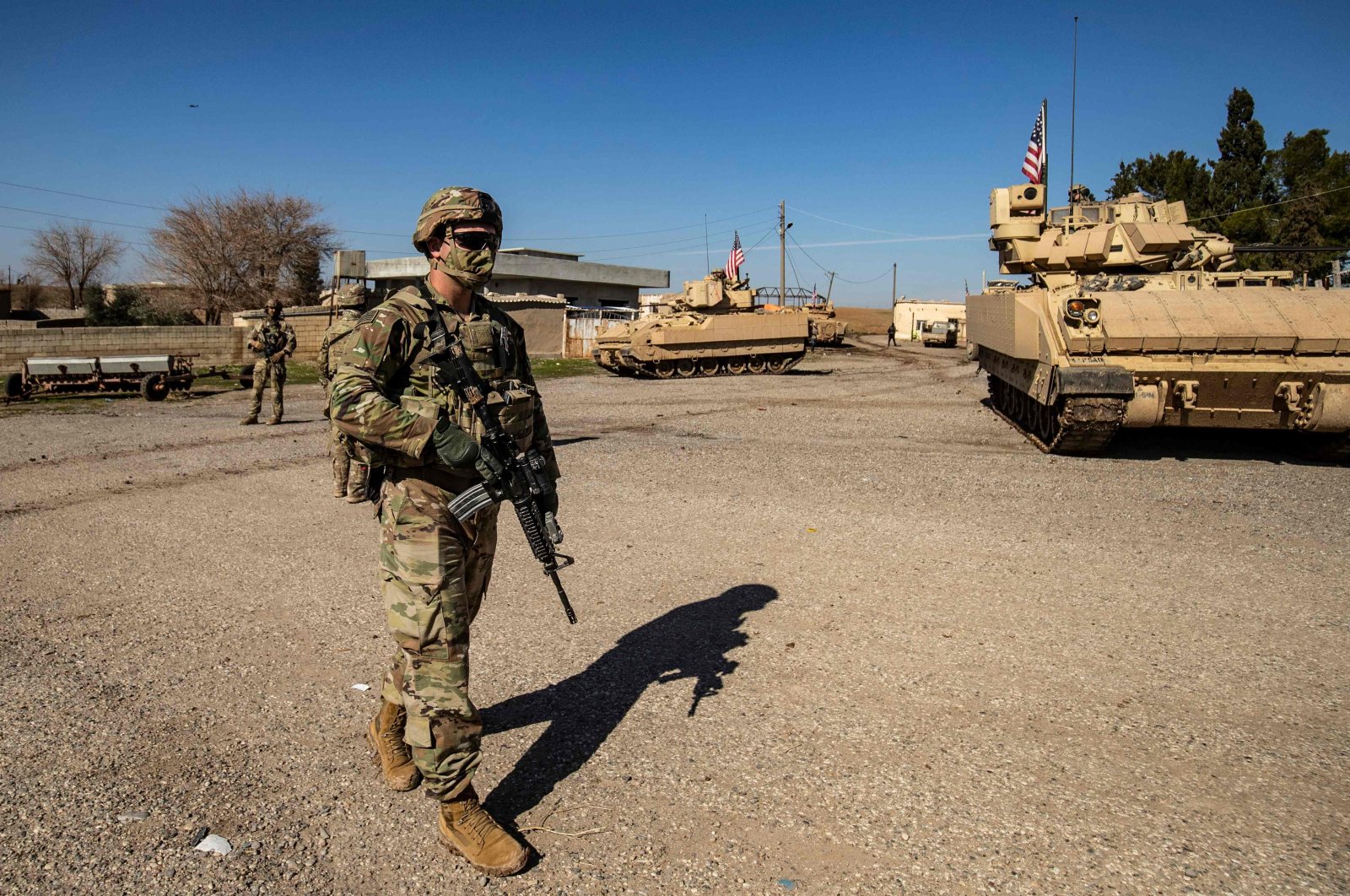 Although there are some differences in the readouts of the phone call of the two sides, both put forth their expectation of a strong, sustainable and constructive relations model in the new period. It was stated that both sides were on the same page in regards to this. Moreover, it was underlined that alliances including NATO must be strengthened, while a political solution must be prioritized for conflict areas such as Syria and Libya.

According to a statement by the presidency, Turkey-U.S. bilateral relations as well as the issues of Syria, Libya, the Eastern Mediterranean, Cyprus, Afghanistan, Nagorno-Karabakh, COVID-19 and the international climate were discussed.

The statement from the White House, on the other hand, said that Sullivan "conveyed the administration’s intention to strengthen trans-Atlantic security through NATO, expressing concern that Turkey’s acquisition of the Russian S-400 surface-to-air missile system undermines alliance cohesion and effectiveness.”

The U.S. side in its statement welcomed the exploratory talks between Turkey and Greece, while it also signaled continued support for the U.N. plan on Cyprus.

Looking at all these statements, it is thought-provoking that the U.S. administration did not highlight anything regarding its policies on Syria, Libya, the Caucasus and the Middle East during such a call since it is present on the field in all these regions either on its own or with its NATO ally Turkey.

On the other hand, from Turkey's point of view, it seems that the new Biden administration’s policy on Syria is not clear yet. Twenty civilians died in a bomb attack by the PKK's Syrian affiliate, the YPG, which Washington has defined as a “tactical ally” since the Barack Obama period, in Syria’s Azaz, Afrin and al-Bab last week. It was striking that the U.S. State Department in its condemnation statement did not mention the perpetrators of the terrorist attack, the YPG.

This actually shows that another significant reality is still being ignored by Washington. The U.S.' failure in its Syria policy stems from Washington having a “tactical alliance” with the YPG and the SDF. This is clearly stated in former U.S. Syria envoy Robert Ford’s article published in Foreign Affairs magazine on Jan. 25. While underlining that former U.S. President Donald Trump did not prefer a nation-building policy in Syria, Ford said that the U.S. administration chose to impose military and financial pressure on the Bashar Assad regime for the establishment of an autonomous Kurdish administration in Syria’s north as well as constitutional reforms.

Saying that the Syrian crisis was never a priority as a national security issue for Washington and that policies implemented up to today were far from being a reachable success, Ford suggested that the Biden administration leave the fight against Daesh to Turkey and Russia and withdraw U.S. soldiers from the country.

Ford added that supporting the statelet of the YPG/SDF, the U.S.’ baby that cannot even protect itself without U.S. support and that has tried to establish a foothold in Syria’s northeast, any further support is not feasible in terms of political gains or financially.

"Under U.S. supervision, that region developed into a semi-state with its own army, the Syrian Democratic Forces (SDF), and an entrenched bureaucracy – dominated by the Syrian Kurdish People’s Protection Units (YPG) and its political arm, the Democratic Union Party (PYD). After six years and roughly $2.6 billion, this statelet is America’s baby, raised under U.S. military protection and shielded from hostile neighbors. Unable to support itself, the autonomous zone will remain dependent on U.S. resources for the foreseeable future," Ford said.

Ford also pointed to the fact that Daesh still can carry out attacks in Syria and Iraq despite the U.S. operations conducted with its support to the YPG and SDF and said: “American support for the SDF, and its Kurdish YPG core, is supposed to help these groups contain ISIS with minimal outside help and without the need for a full-scale U.S. deployment,” using an alternative acronym for Daesh.

In the face of all of this, Ford indicated that ending U.S. support for the YPG/PYD and SDF will facilitate enhanced cooperation with Turkey.

“Current U.S. policy does little to accomplish that central goal. It has also not secured political reform in Damascus, restored stability to the country,” Ford said. “President Joe Biden would do well to change tack – withdrawing the hundreds of U.S. soldiers currently deployed to Syria.”

Evaluating the Biden administration’s current Syria policy shortly as “the current U.S. approach also lacks an achievable endgame,” Ford underlined that this policy, which does not interest U.S. national security, has cost billions of dollars while the threat of Daesh did not end despite support to the YPG and SDF.

Considering this analysis, the only move Washington has to make to open a new page with Turkey and compensate its failed Syria policy is to end support to the PKK and its wings, who are believed to “represent the Kurds” by no one else but Washington. It must not give credence to the messages of terrorist leaders to Washington.

This is not only voiced by Ankara but also by American senior diplomats that think of U.S. interests. If the Biden administration wants to protect its interests in the region, it must cut its support to those working with terrorist structures, giving them money and arms for their final goals while putting them on the payroll for billions of dollars for the fight against Daesh.