No objection to Turkish ships docking at Libya's Benghazi: Haftar 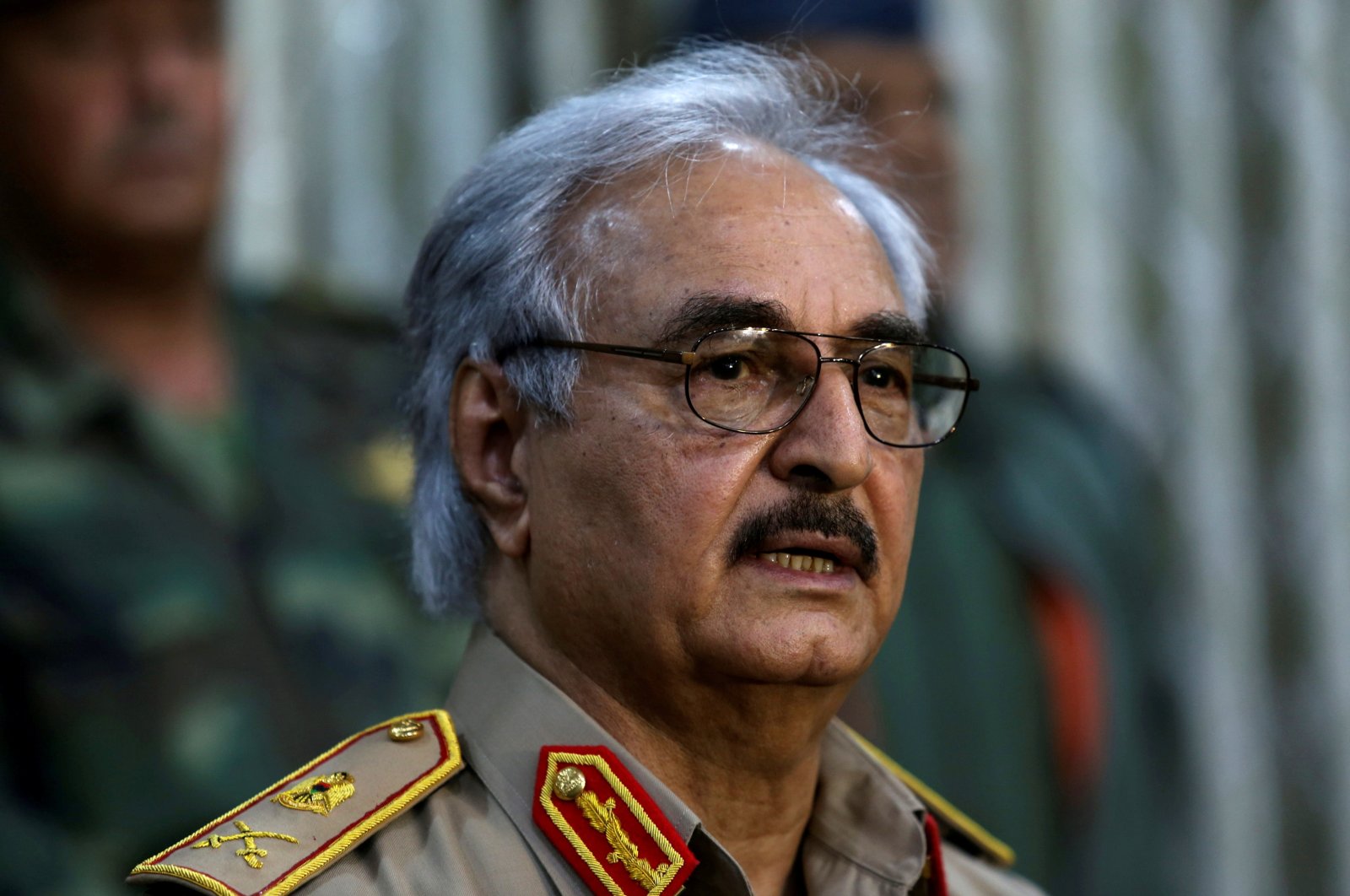 Libyan warlord Khalifa Haftar speaks during a news conference at a sports club in Abyar, a small town to the east of Benghazi, Libya, May 21, 2014. (Reuters File Photo)
by Anadolu Agency Mar 17, 2021 10:51 pm
RECOMMENDED

Libyan warlord Khalifa Haftar on Wednesday said in a letter addressed to the Ports and Maritime Transport Administration that his forces do not oppose the docking of Turkish-flagged commercial ships at the eastern Benghazi province's port, which his militias control.

"We have no objection to the entry to our ports of Turkish-flagged commercial ships that comply with the stated legal procedures and legislation," Libya Al-Hadath, a pro-Haftar television station, quoted him as saying in the letter.

The war was exacerbated when Haftar, supported by several countries – including the United Arab Emirates, Egypt, Russia and France – carried out a military onslaught to topple the Tripoli-based internationally recognized government for control of the North African country.

A Turkish ship, transporting medicine to Libya's port of Misrata was detained in December last year by forces loyal to Haftar. It was released a few days later.

Ankara and Tripoli signed two memorandums of understanding, one on military cooperation and the other on maritime boundaries of countries in the Eastern Mediterranean.

On Oct. 23, 2020, a cease-fire was reached under the auspices of the United Nations, which Haftar's militia violates from time to time.

On Feb. 5, Libyan delegates elected Mohammad Menfi to head the three-member Presidential Council and Abdul Hamid Dbeibeh the new prime minister. The new executive authority will govern Libya in the lead-up to national elections on Dec. 24.

Last week, the Libyan parliament granted a vote of confidence to Dbeibah's government with 132 votes of the 133 lawmakers who attended the session.

Libyans hope it will end a decade of civil war.