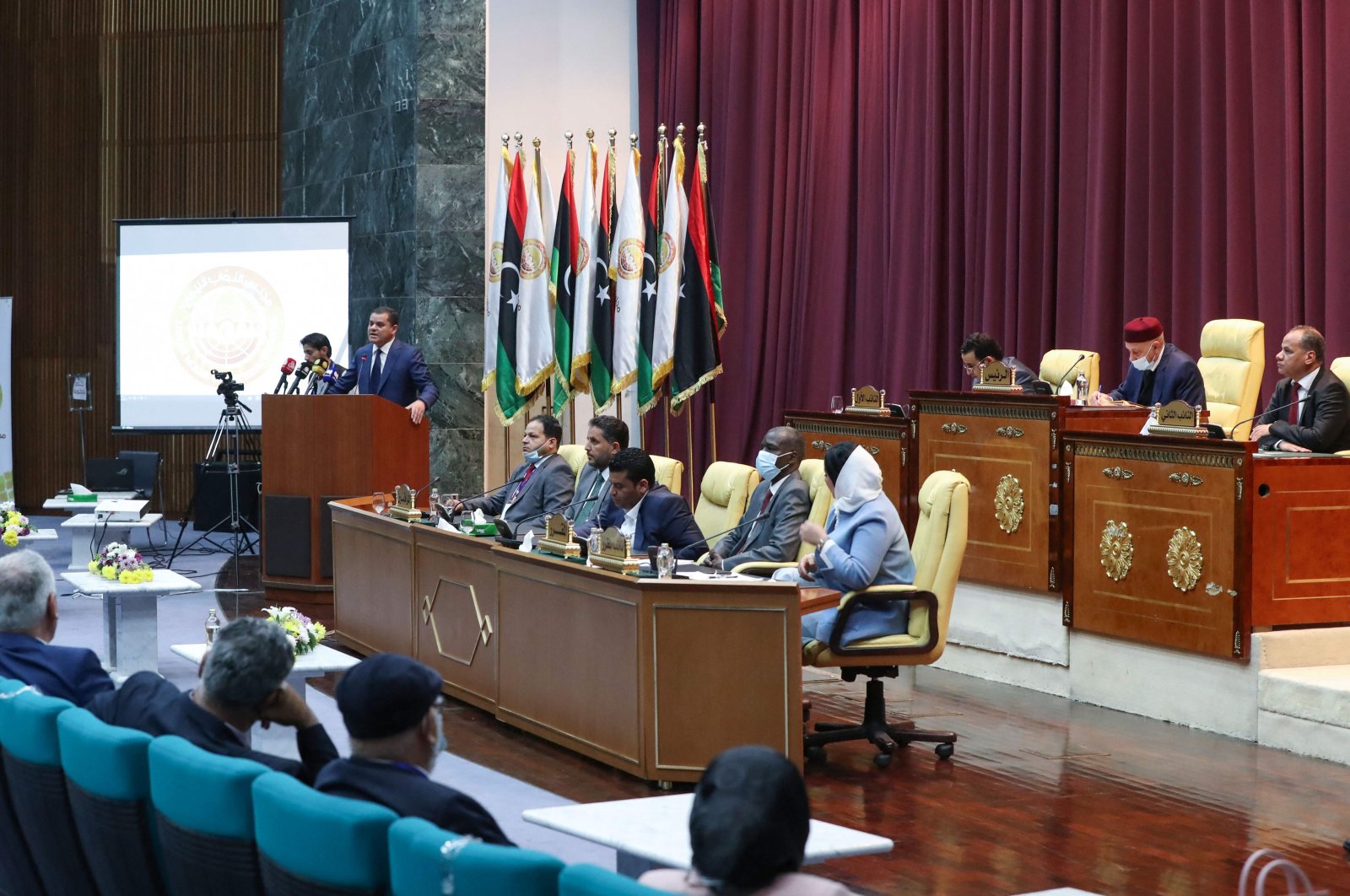 The new Libyan interim government under Prime Minister Abdul Hamid Dbeibah has received the vote of confidence, confirming the newly appointed government to lead the war-wrecked country through elections by the end of the year.

The government of Prime Minister-designate Abdul Hamid Dbeibah replaces two rival administrations that have been ruling the North African country for years.

More than 130 members of the House of Representatives engaged in two-day deliberations in the coastal city of Sirte.

The confirmation came after Dbeibah last week presented his proposed Cabinet to Speaker Aguila Saleh, who formerly served as the speaker of the eastern-based pro-Khalifa Haftar assembly.

Turkey on the same day welcomed the Libyan interim government that received a vote of confidence and congratulated Prime Minister Abdul Hamid Dbeibah.

“We wish that the Government of National Unity takes fast and solid steps to provide public services for the welfare of the brotherly and amicable Libyan people, to unite institutions and ensure a comprehensive national consensus,” the Foreign Ministry said in a written statement.

It also urged the international community to support the GNU in building a democratic, stable and prosperous Libya while underlining that Turkey will give the country all kinds of support.

On Saturday, Dbeibah proposed a unity government of 27 members, promising that the government will prioritize “improving services, unifying state institutions and ending the transitional period by holding elections.”