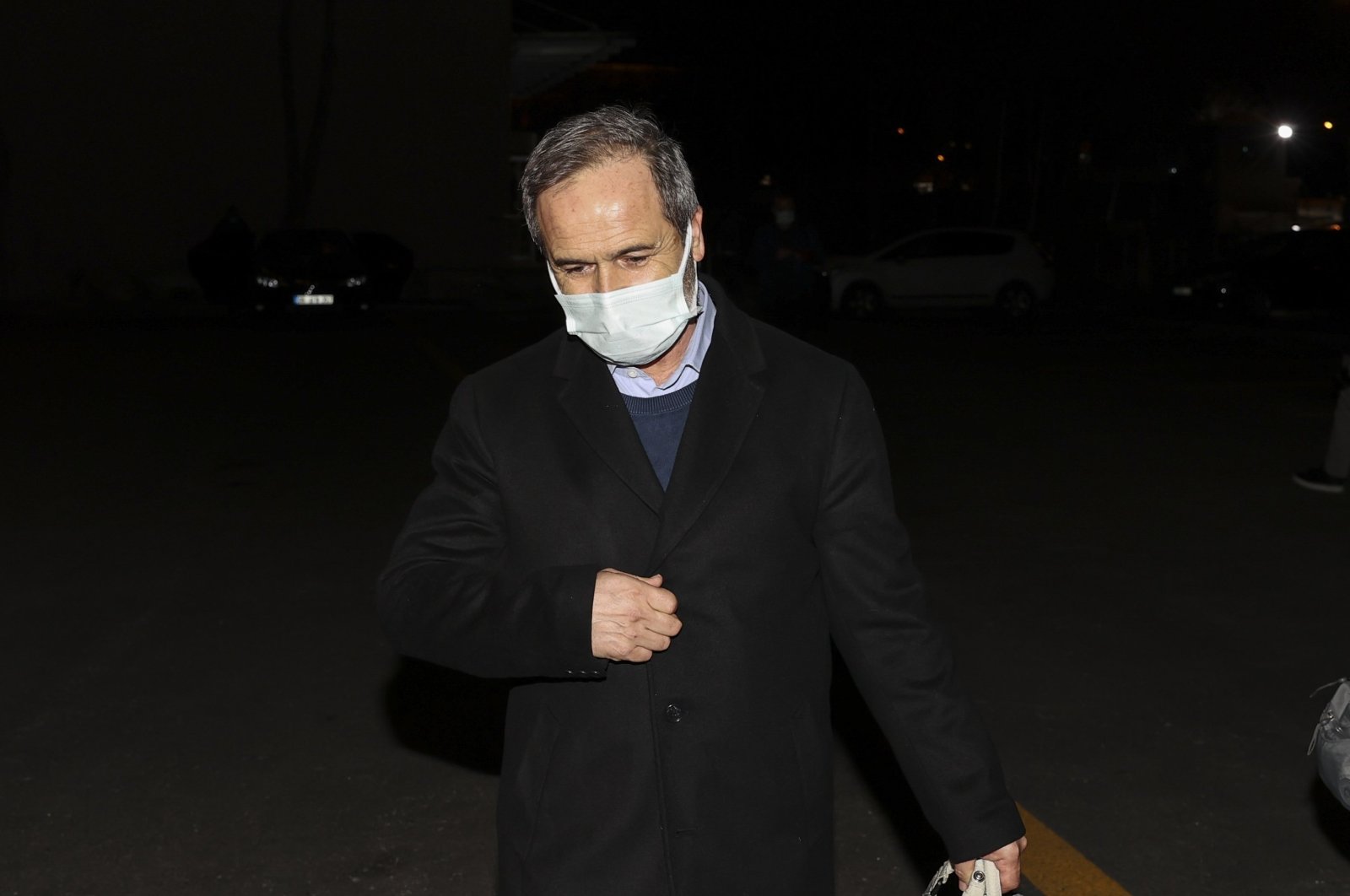 Former Turkish Adm. Ergun Mengi, one of the 103 retired navy officers who signed a so-called declaration, is released under judicial control, April 13, 2021. (AA Photo)
by Daily Sabah Dec 07, 2021 11:36 am
RECOMMENDED

An indictment was prepared on Monday by the Ankara Chief Public Prosecutor's Office against 103 retired admirals that demanded a prison sentence of up to 12 years in the “Montreux declaration” case.

"The investigation, known as the 'admirals' statement' has been completed and the indictment has been sent to the Ankara 20th High Criminal Court,” the office said in a statement.

It added that the admirals are blamed for committing the crime against state security and the constitutional order. Also, digital materials belonging to some of the suspects were examined and added to the indictment.

"It has been detected that they (admirals) aim to act outside the chain of command within the Turkish Armed Forces in order to partially or completely prevent the government from performing its duties," the indictment said.

The Ankara Public Prosecutor's Office in April launched an investigation into a so-called "declaration" signed by 103 retired navy admirals, which has drawn strong condemnation from the government and the public who claim the document implies interference in democratic institutions and the will of the people.

After Turkey's decision earlier this year to withdraw from the Istanbul Convention, a European treaty aimed at preventing and combating violence against women, with a presidential decree, it came into question whether Turkey could withdraw from other international agreements the same way.

In a TV interview late March, Parliament Speaker Mustafa Şentop said that technically it is possible and gave the example of the Montreux Convention Regarding the Regime of the Straits. Following discussions about Şentop's statements, 103 retired admirals had released a statement warning the government.

"We are of the opinion to refrain from any kind of rhetoric or action that could make the Montreux Convention ... a matter of controversy," they had said.

The Montreux Convention is a 1936 agreement that gives Turkey control over the Bosporus and Dardanelles and regulates the transit of naval warships. The convention guarantees free passage to the civilian vessels in times of peace and restricts the passage of naval ships that do not belong to littoral Black Sea states. Signed on July 20, 1936, at the Montreux Palace in Switzerland, the convention gives Turkey permission to remilitarize the Bosporus and Dardanelles. It came into effect on Nov. 9, 1936, and was registered in the League of Nations Treaty Series on Dec. 11, 1936.