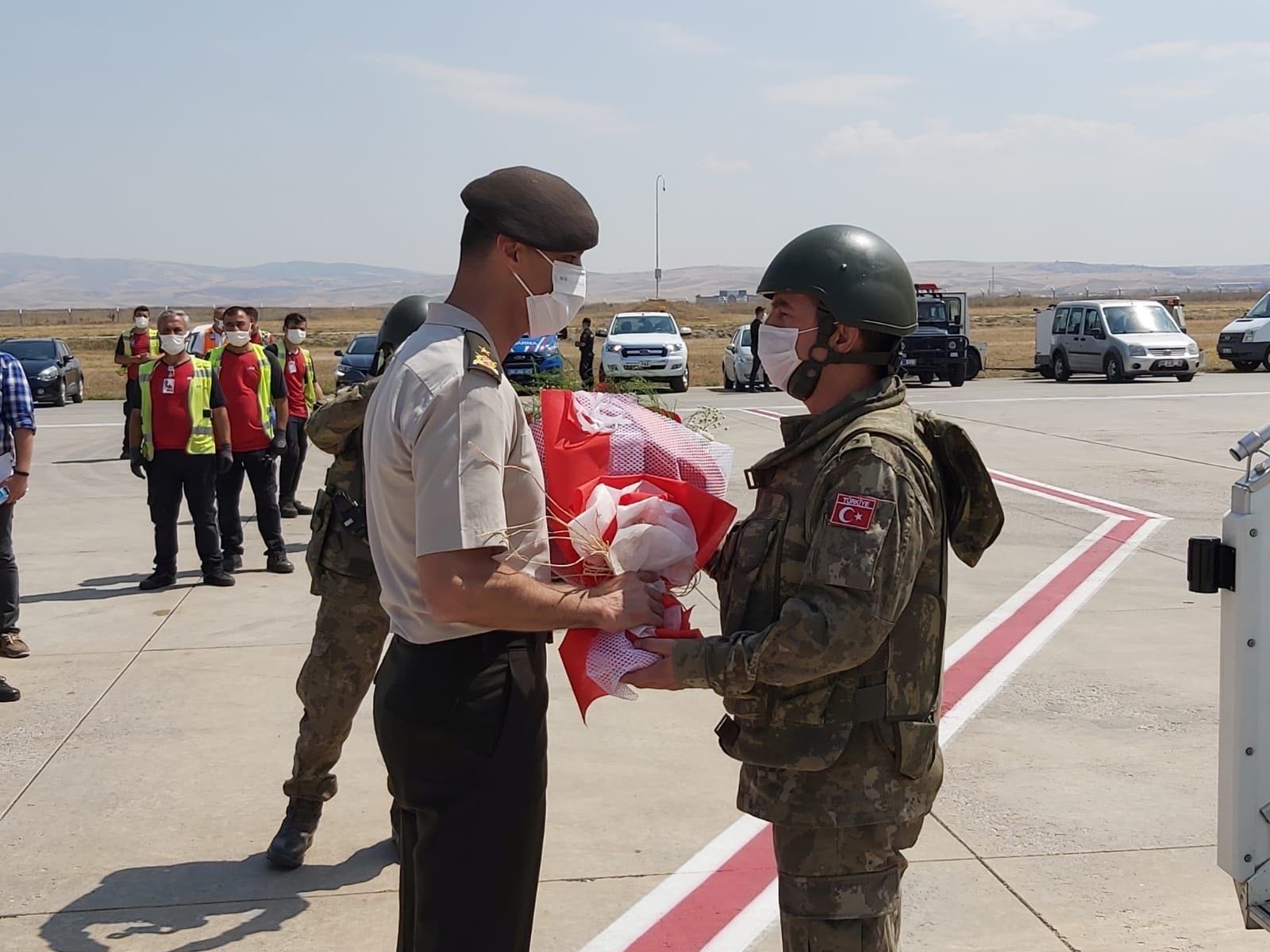 Turkish soldiers arriving from Afghanistan welcomed in Esenboga airport in Ankara in this photo released by the Defense Ministry. (Turkey's Defense Ministry via Twitter)
by DAILY SABAH Aug 27, 2021 9:20 pm

Turkey has completed the evacuation of military staff from Afghanistan, a statement by the Defense Ministry said Friday.

In a statement on Twitter, the ministry thanked Turkish soldiers who completed their duty in the war-torn country as part of the NATO mission.

"The evacuation of heroic Turkish Armed Forces personnel, who have successfully completed their duties in Afghanistan after 20 years, has finished," the ministry said and added: "We welcome our soldiers who have returned to their homeland."

On Wednesday, the ministry said Turkey began evacuating its armed forces from Afghanistan after evaluating the current situation and conditions.