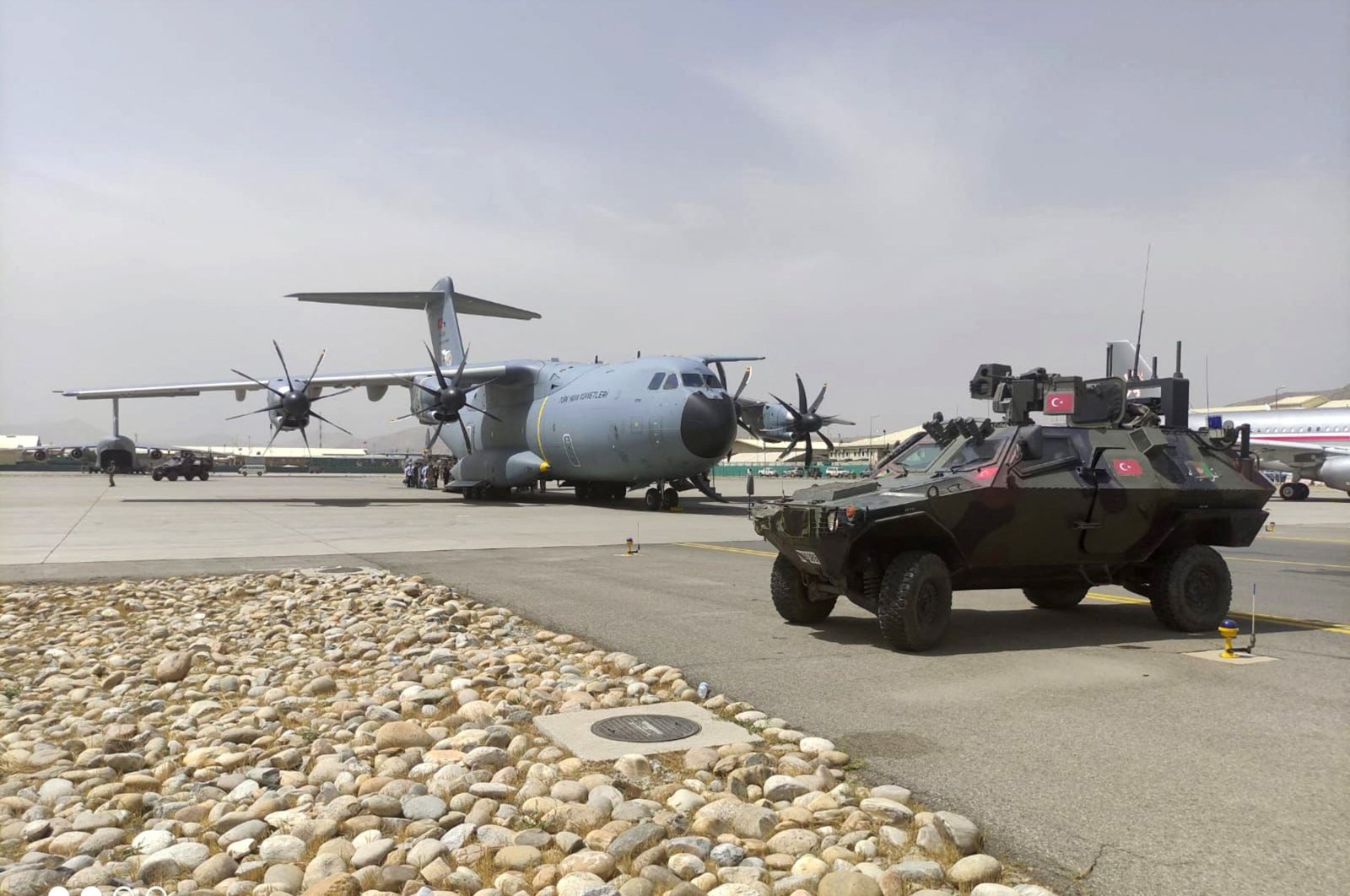 The Taliban have asked Turkey for technical help to run Kabul Hamid Karzai International Airport after the departure of foreign forces but insist that Ankara's military also withdraw fully by the end of August deadline, two Turkish officials said Wednesday.

The conditional request by the Taliban, who swept back to power in Afghanistan 20 years after they were ousted in a U.S. invasion, leaves Ankara with a difficult decision over whether to accept a hazardous job, one official told Reuters.

Turkey was part of a NATO mission in Afghanistan and still has hundreds of troops at Kabul airport. The officials say they are ready to withdraw at short notice.

But President Recep Tayyip Erdoğan's government has said for months that it could maintain a presence at the airport if requested. After the Taliban seized control of the country Turkey offered technical and security assistance at the airport.

"The Taliban have made a request for technical support in running the Kabul airport," a senior Turkish official said, adding however that the Taliban demand for all Turkish troops to leave would complicate any prospective mission.

"Ensuring the safety of workers without the Turkish Armed Forces is a risky job," he said, speaking on condition of anonymity.

Talks with the Taliban on the issue were ongoing and, in the meantime, preparations for a troop withdrawal had been completed, he said.

It was unclear whether Turkey would agree to give technical assistance if its troops were not there to provide security.

Another Turkish official said a final decision would be made by the Aug. 31 deadline for foreign forces to leave the country and end a 20-year military involvement in Afghanistan.

Keeping the airport open after foreign forces hand over control is vital not just for Afghanistan to stay connected to the world but also to maintain aid supplies and operations.

"It's going to be a critical lifeline for the humanitarian action in Afghanistan," Mary Ellen McGroarty, World Food Programme director in Afghanistan, said last week.

Turkey has praised what it described as moderate statements by the Taliban since they captured Kabul, and has said it is open to engaging with them once a new government is formed.

The United States says it is coordinating with regional partners, as well as the Taliban, about the future operation of Kabul airport.

"A functioning state, a functioning economy, a government that has some semblance of a relationship with the rest of the world, needs a functioning commercial airport," State Department spokesperson Ned Price said Monday.

"We are in discussions with the Taliban on this very front. They have indicated to us in no uncertain terms that they seek to have a functioning commercial airport."