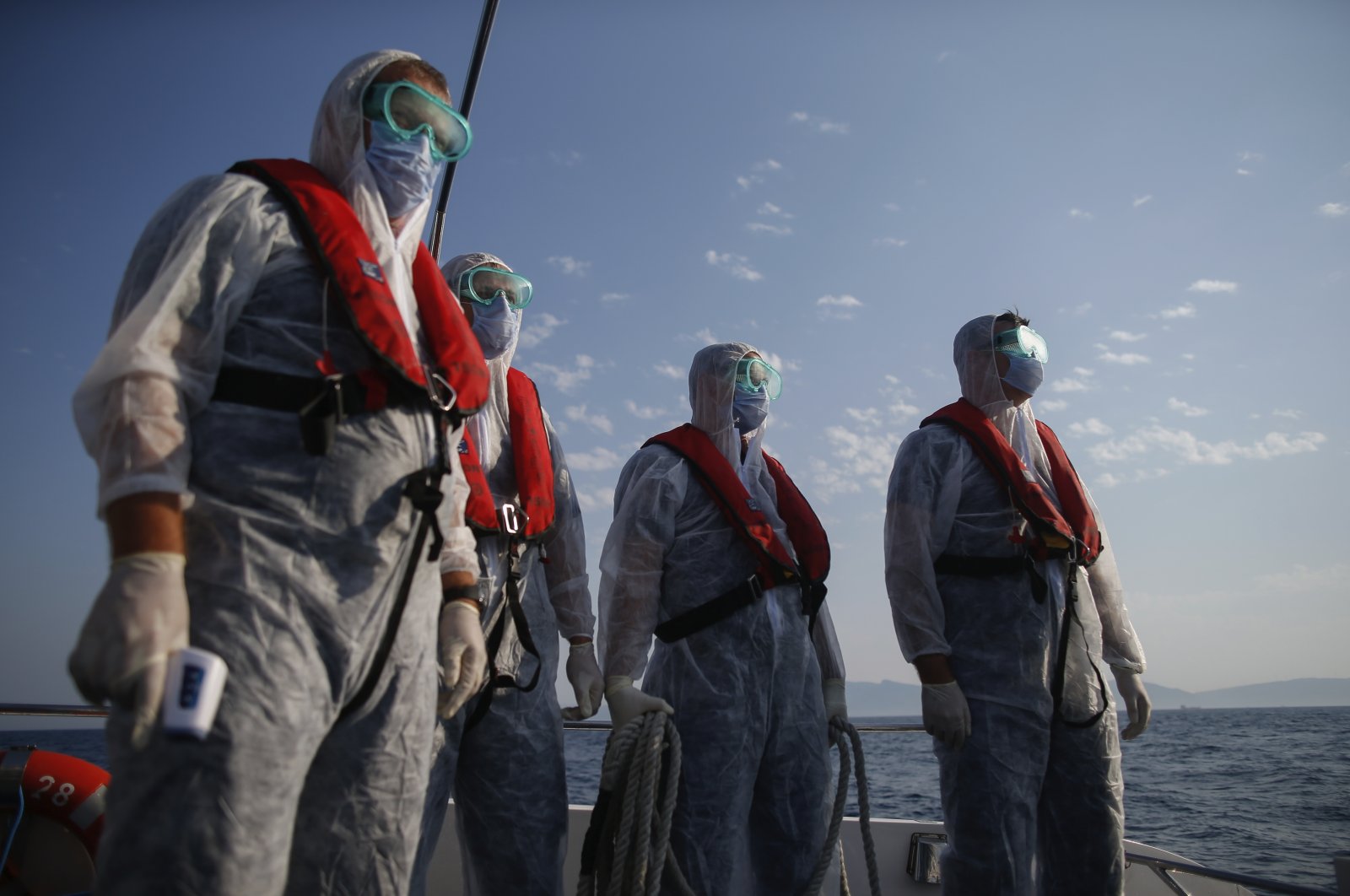 Turkish coast guard officers, wearing protective gear to help prevent the spread of the coronavirus, approach a life raft with migrants during a rescue operation in the Aegean Sea, between Turkey and Greece, Sept. 12, 2020. (AP File Photo)
by DAILY SABAH Dec 07, 2021 10:22 am
RECOMMENDED

Meanwhile, 13 irregular migrants lost their lives while trying to seek asylum in the past year, 24 people less than the previous year.

The Coast Guard Command has also carried out joint operations with the Gendarmerie General Command, detaining 1,967 irregular migrants and 41 organizers in 46 incidents of irregular migration, the statement added.

Hundreds of people have died at sea as many boats carrying refugees sank or capsized. The Turkish coast guard has rescued thousands of others.

Pushbacks are considered contrary to international refugee protection agreements that dictate people should not be expelled or returned to a country where their life and safety might be in danger due to their race, religion, nationality or membership in a social or political group.