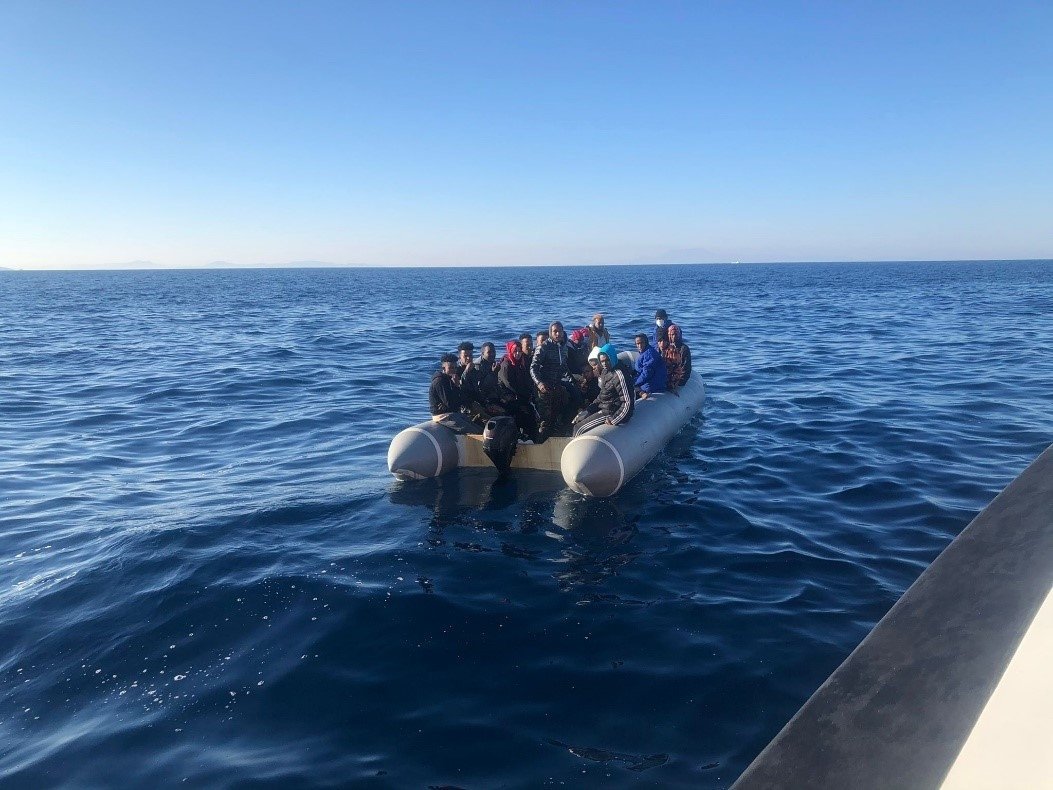 A group of irregular migrants on a rubber boat is rescued off the coast of in the Aegean province of Aydın, southwestern Turkey, Sept. 29, 2021. (AA Photo)
by Daily Sabah with AA Oct 26, 2021 9:19 am
RECOMMENDED

Turkey rescued 79 irregular migrants across the country's coastline that had been pushed back by Greece in the Aegean Sea into Turkey's territorial waters, the Turkish Coast Guard Command said late Monday.

In a statement on its website, the Turkish coast guard said that on Oct. 23, Turkish forces rescued 33 people in a rubber boat off the Kuşadası district in Aydın province who were pushed into Turkish territorial waters by Greek authorities.

In a separate incident in the same area on Oct. 24, Turkish forces rescued 25 irregular migrants who were pushed into Turkish waters by Greece, the statement added.

There is "mounting evidence" of pushbacks of asylum-seekers from Greece to Turkey recently, a United Nations human rights office spokesperson also said Tuesday.