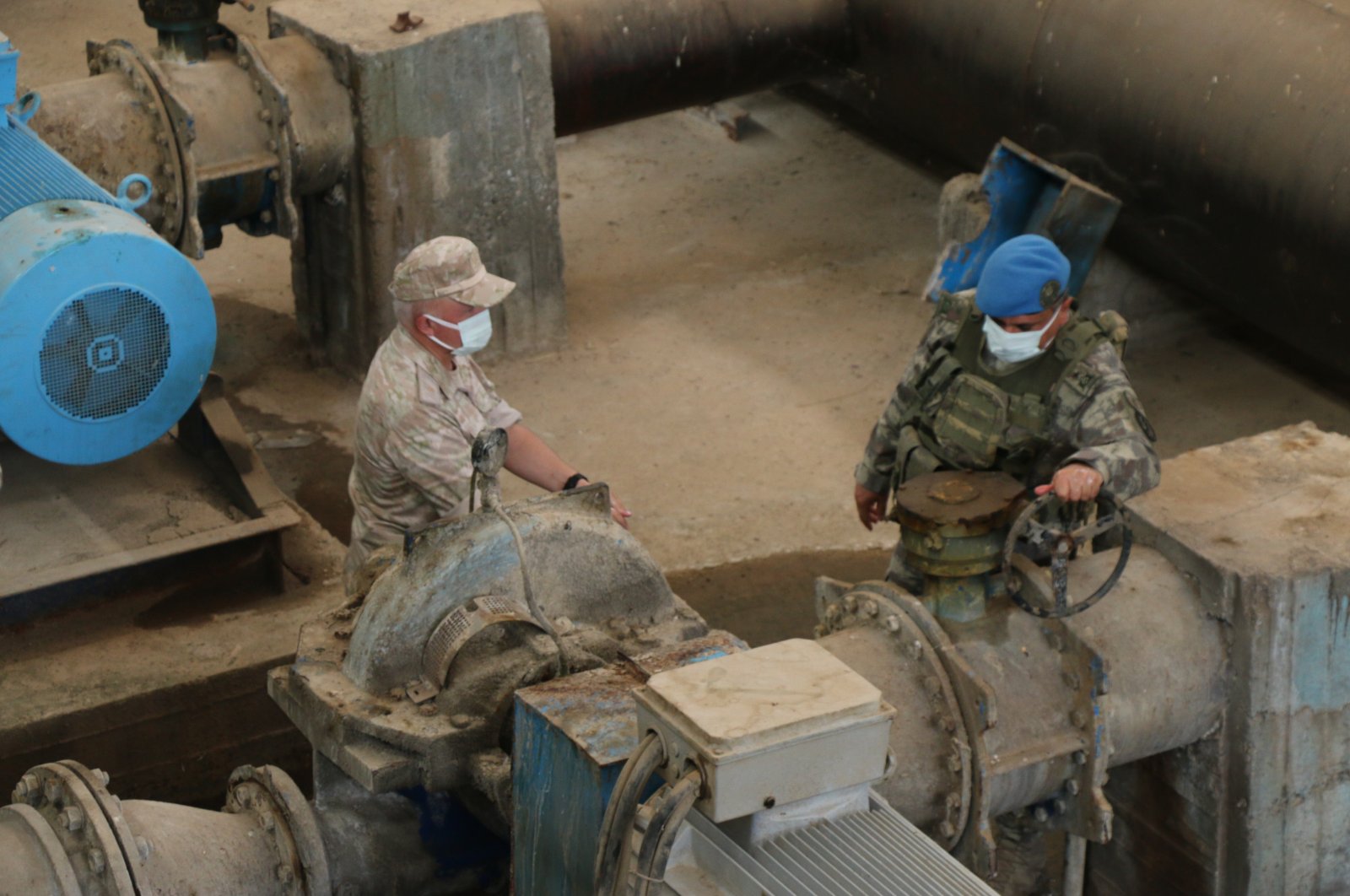 The water station, vital in transferring water to northeastern Hassakeh province and rural areas, has been experiencing interruptions caused by the terrorist group. The station operates on power from the electric central in Dirbasiya, occupied by the YPG.

Turkish and Russian military delegations have been holding talks on solving the problem. They also visited the station in the Operation Peace Spring area and the Mabrouk electricity central to investigate the reason behind the interruptions in the water supply.

According to U.N. children's agency UNICEF, the pumping station supplies water to around 460,000 people, including residents of Hassakeh city and the overcrowded al-Hol camp, which is home to thousands of relatives of Daesh fighters.

The Turkish Foreign Ministry last month in a statement said that "The terrorist organization PKK/PYD and the regime deliberately obstruct the electricity to the Station and the region. These power cuts disable the functioning of the station that provides water and aggravates the humanitarian conditions in the region."

The operation area had experienced five months of electricity shortages due to the YPG, causing severe problems for civilians working in agriculture. Due to the lack of water, the production of barley, wheat, cumin and other legumes was hit hard, causing an increase in food prices.

The Bashar Assad regime and the YPG have frequently spread anti-Turkey propaganda with false claims about water shortages. The terrorists, in an attempt to incite hostility against Turkey, spread a rumor that the country had cut the water supply of Hassakeh province to abet the spread of the coronavirus in the region.