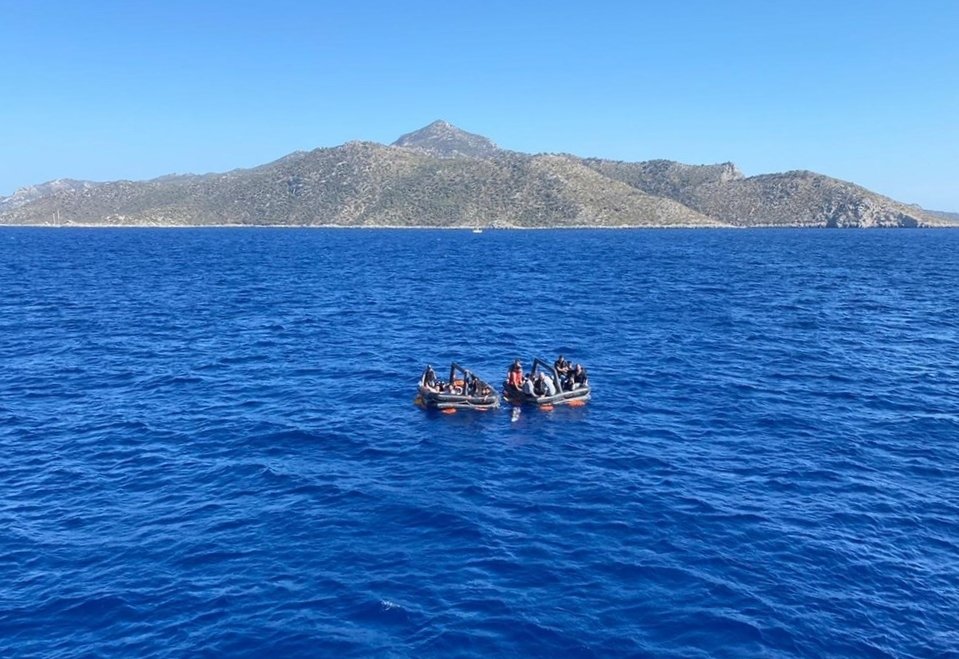 The Turkish coast guard rescued 21 migrants and refugees in the Aegean Sea after they were pushed back by Greek authorities, a statement released by the Coast Guard Command said Monday.

Coast guard teams moved to the area following a tip that there were migrants and refugees on life rafts off the coast of Datça district in Turkey's Muğla province.

Turkey has been a key transit point for irregular migrants who want to cross into Europe to start new lives, especially those fleeing war and persecution.

Turkey, which already hosts 4 million refugees, more than any country in the world, is taking new security measures on its borders to prevent a fresh influx of migrants.

Several migrant support groups, including the Greek Helsinki Monitor, in May filed a complaint at the European Court of Justice against Frontex, the European Union's border monitoring agency.