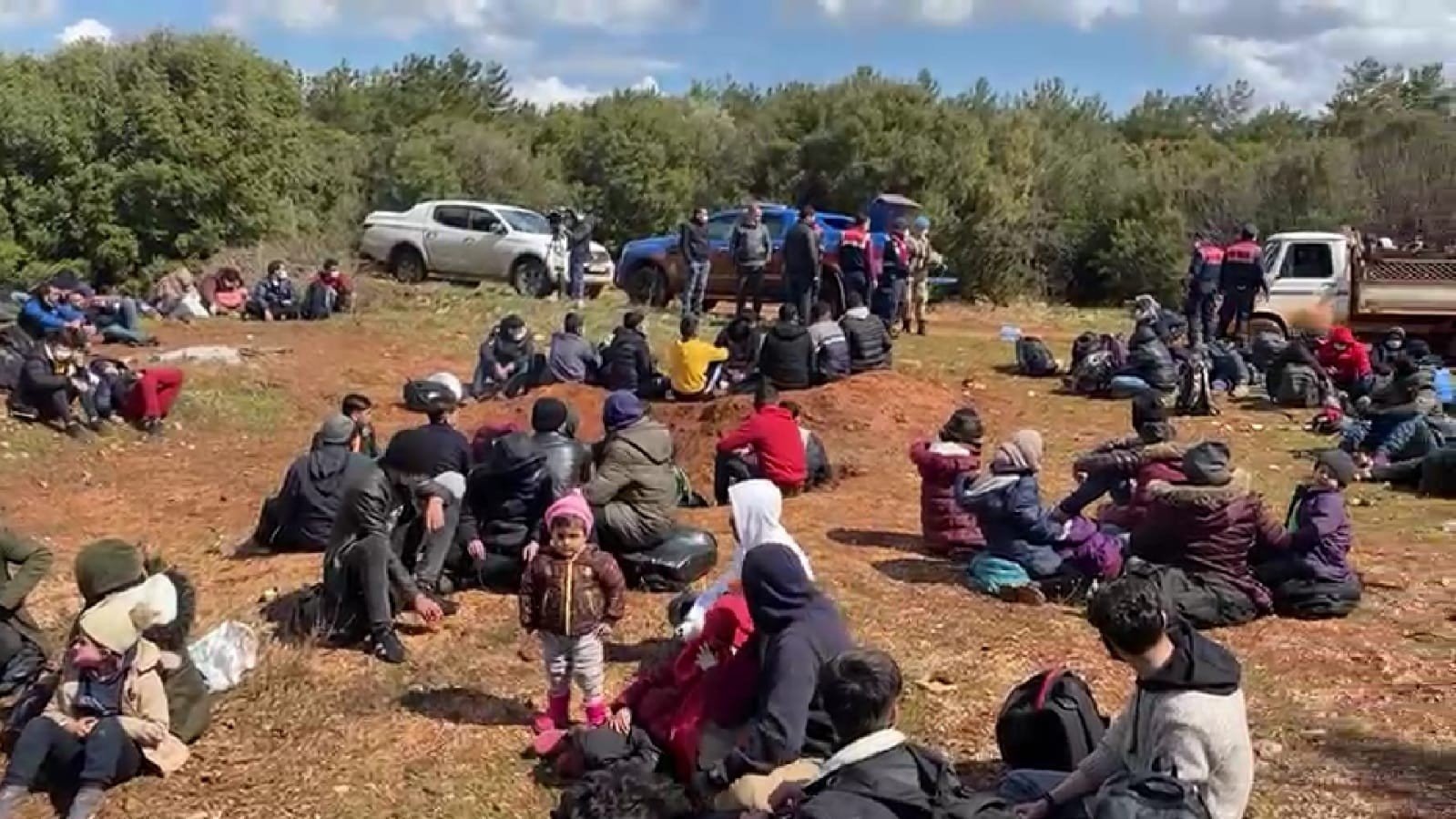 Acting on a tip off, gendarmerie forces held irregular migrants – nationals of Palestine and Syria – in the Demirciköy district of Kırklareli province.

After routine procedures, they were transferred to a repatriation center.

Turkey and Greece have been key transit points for migrants aiming to cross into Europe, fleeing war and persecution to start new lives. Turkey has accused Greece of large-scale pushbacks and summary deportations without access to asylum procedures, which is a violation of international law. Ankara has also accused the European Union of turning a blind eye to what it says is a blatant abuse of human rights.

Turkish migration authorities last month placed signboards in six different languages along the Meriç (Evros) River, which marks the Turkish-Greek border, for irregular migrants. Billboards in Turkish, English, Arabic, Farsi, Urdu and Bengali show the nearest residential facility for migrants lost along the route and feature the number of a hotline designated to assisting migrants.

In exchange for these promises, Turkey took responsibility for discouraging migration through the Aegean Sea by taking stricter measures against human traffickers and improving the conditions of Syrian refugees living in Turkey. Despite significant developments controlling migration traffic, the EU has not fully delivered on its commitments stated in the deal.