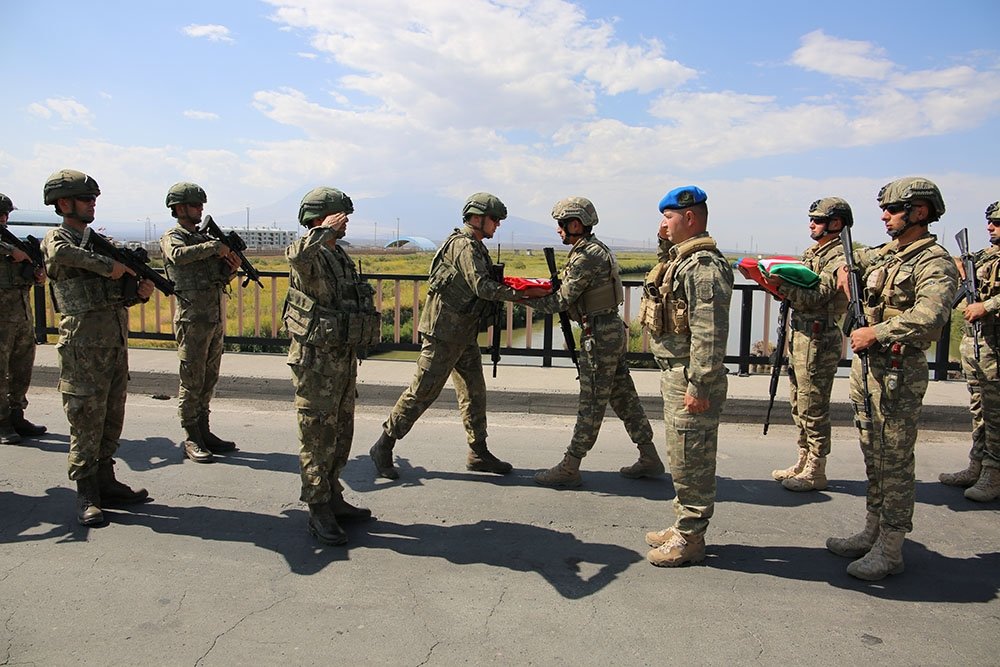 The Turkish and Azerbaijani militaries launched a joint exercise in the Nakhchivan Autonomous Region on Monday.

A group of Turkish soldiers arrived in the Nakhchivan exclave to take part in the Indestructible Brotherhood 2021 military drill, said an Azerbaijani Defense Ministry statement.

The Turkish and Azerbaijani national anthems were played at the opening ceremony with an exchange of flags. After the ceremony, soldiers and armored vehicles to be used in the drill left for Nakhchivan.

Earlier in September, the two militaries launched a joint drill in Azerbaijan's Lachin region – which was liberated from Armenian occupation last year.

The declaration affirms joint efforts by the two armies in the face of foreign threats. It also pledges joint efforts for the restructuring and modernization of its armed forces.

During his presidency, President Recep Tayyip Erdoğan has visited Azerbaijan more than 20 times, while over 100 delegation visits have been conducted.