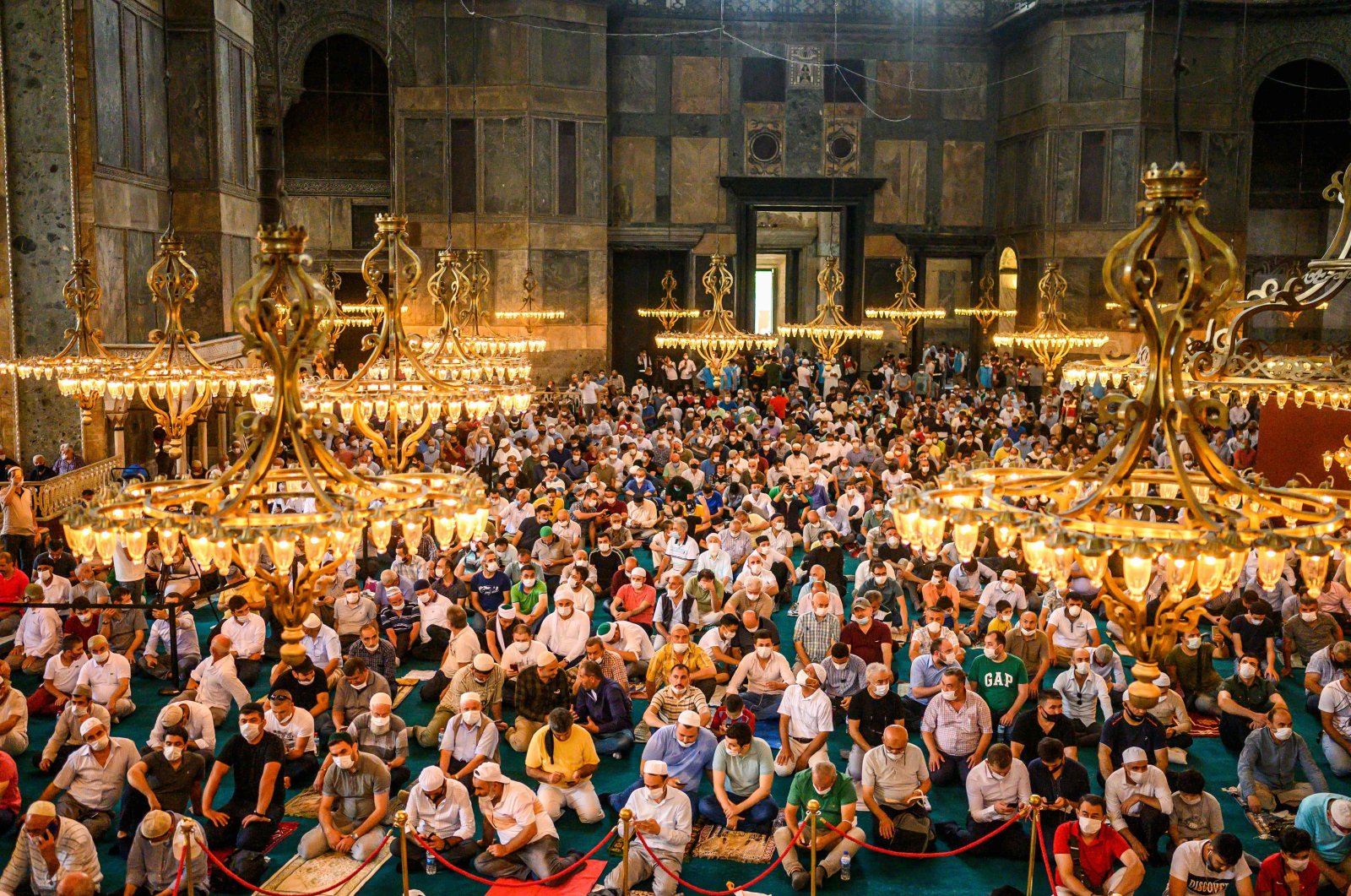 Many people from Muslim and Turkish communities all over the world continue to express their pleasure about the reversion of Hagia Sophia into a mosque. Tarık Balık, a 63-year-old Turkish citizen living in Germany, is one of those who was happy about the reopening of Hagia Sophia Grand Mosque after the structure served as a museum for 86 years.

He came to Istanbul last week in order to witness the first prayers in Hagia Sophia since it was reverted to a mosque, and he could not help but cry during the event.

Balık spearheaded the founding of a mosque in southwestern Germany's Karlsruhe city in 1975 when he was 17 and named the mosque “Hagia Sophia.”

Speaking to the Anadolu Agency (AA), Balık said that he immigrated to Germany with his uncle in 1972 when he was studying at an imam-hatip secondary school, vocational schools that follow a religion-focused curriculum, in central Konya province.

While he was conducting the duty of the head of the National Vision (Milli Görüş) community in Karlsruhe, Balık had a little chat with former Prime Minister Necmettin Erbakan, whose conservative political parties had been the main representatives of the National Vision ideology, during his visit to Munich in 1974. According to Balık, Erbakan instructed him to open a mosque in Karlsruhe during their conversation.

Erbakan, a mechanical engineer by profession who made his first foray into politics in the 1960s, became a voice for Muslims in Turkey, long before any party gave a platform for the pious in this Muslim majority country long ruled by a secular elite. It was that secular elite too that ultimately forced Erbakan to step down from his post as prime minister in 1997 in a coup. He kept a low profile after the coup, which also led to his ban from politics for five years. He returned to the political scene and chaired the Felicity Party (SP) up until his death from natural causes in 2011 at the age of 85. President Recep Tayyip Erdoğan started off his own political career in Erbakan's Welfare Party (RP).

Last Friday, the Hagia Sophia hosted thousands of Muslims for worship for the first time in several decades.

Hagia Sophia served as a church for 916 years until the conquest of Istanbul and as a mosque from 1453 to 1934.

On July 10, Turkey's highest administrative court the Council of State annulled a 1934 Cabinet decree that had turned Hagia Sophia into a museum, paving the way for its use again as a mosque.

Most recently, Palestinian President Mahmoud Abbas hailed Turkey's decision to revert Istanbul's iconic Hagia Sophia into a mosque during his conversation with Erdoğan in a phone call on Sunday.