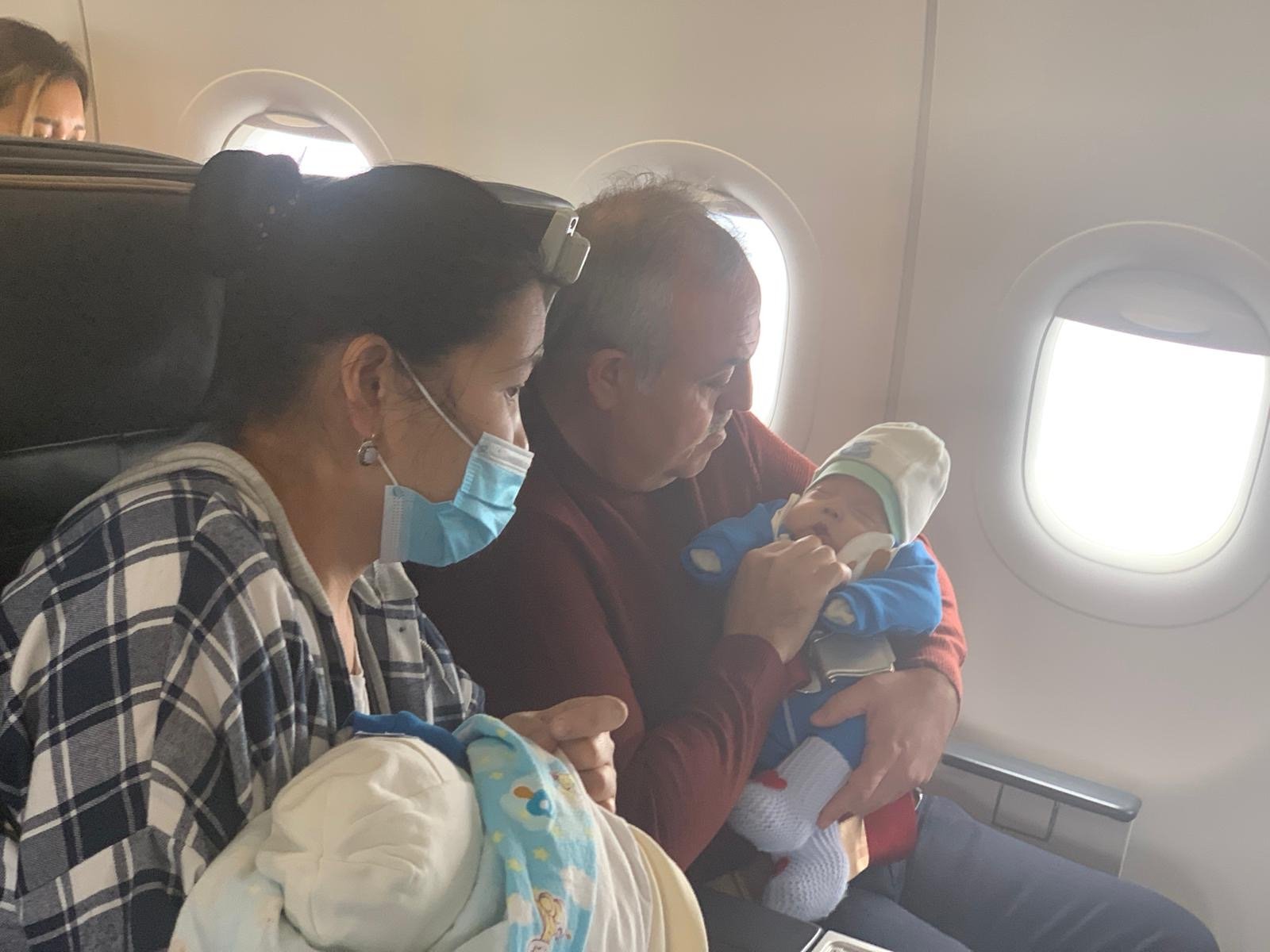 AK Party Karaman Deputy Recep Şeker, who is a physician by profession, holds the baby he saved on a Turkish Airlines Bishkek-Istanbul flight on March 19, 2021 (AA Photo)
by Anadolu Agency Mar 19, 2021 8:50 pm

A Turkish lawmaker on Friday saved a baby who was unable to breathe and whose heart had stopped on a flight from the Central Asian country of Kyrgyzstan.

Recep Şeker, a lawmaker from Turkey's ruling Justice and Development Party (AK Party), told reporters that when it was clear the one-month-old baby was in trouble, the flight attendants sought out his help, knowing he was a physician.

"The baby was discolored, there was no breathing, the heart had stopped," added Şeker.

After Şeker was able to clear away the baby's tongue, which was blocking his windpipe, he performed cardiac massage, saving the boy.

"The family didn't speak Turkish or English," he added.

After the plane made an emergency landing in the Turkish capital Ankara, he said, an ambulance picked up the baby, who was in good condition, for further examination.

The Turkish Airlines plane was en route from Bishkek to Istanbul.