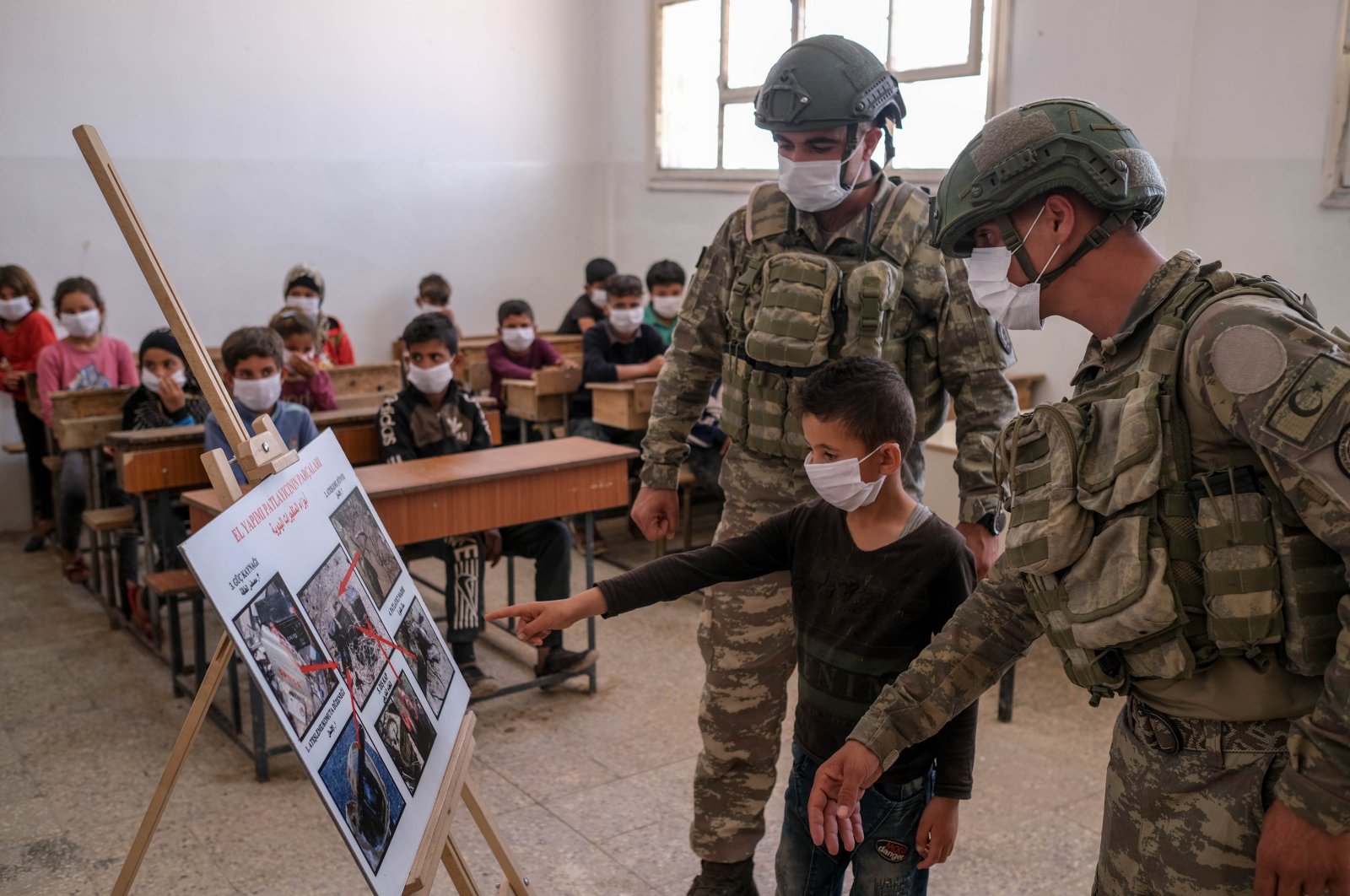 The Turkish military continues to lend a helping hand to the needy in northern Syria, the Defense Ministry said in a statement on Wednesday.

Turkey launched Operation Peace Spring on Oct. 9, 2019, to eliminate terrorists from northern Syria east of the Euphrates River in order to secure Turkey's borders, to aid in the safe return of Syrian refugees and to ensure Syria's territorial integrity.

The operation – conducted in line with the country's right to self-defense borne out of international law and United Nations Security Council resolutions – aimed to establish a terror-free safe zone for the return of Syrians in the area east of the Euphrates River that was then controlled by U.S.-backed YPG terrorists, who are the Syrian branch of the PKK terrorist group.

Since the launch of the operation, Turkey has been supporting every aspect of life in the region, from health to education and security to agriculture. In this respect, efforts to clear bombs and improvised explosive devices were launched and administration responsibilities were given to local councils.

The country also rolled up its sleeves to reconstruct hospitals, schools, mosques and roads destroyed by the YPG/PKK. Within the scope of rebuilding the region's social infrastructure, people were provided with food and clothing by several nongovernmental organizations (NGOs), while roads and buildings were rebuilt. These efforts have paid off as hundreds of displaced Syrians have started to return to the liberated areas.