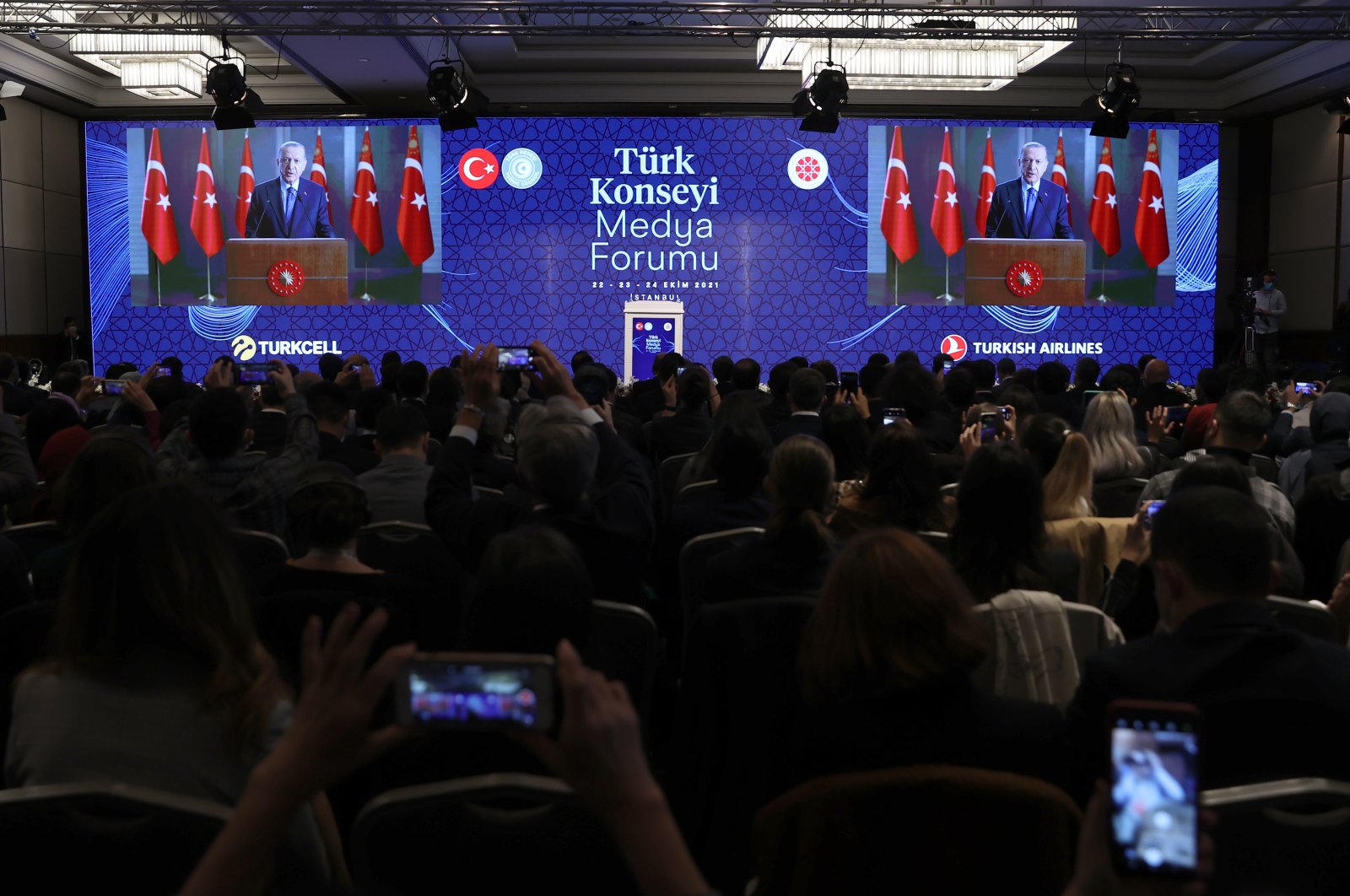 Turkic Council Media Forum hosted by the Presidency's Directorate of Communications held in Istanbul with the theme of "Rooted Past, Strong Future," Oct. 22, 2021. (AA Photo)
by DAILY SABAH Oct 22, 2021 11:11 am
RECOMMENDED

Social media channels, where there is no control, have come to the point of threatening both democracy, social peace and the national security of states, President Recep Tayyip Erdoğan said Friday.

Erdoğan sent a video message to the "Turkic Council Media Forum" hosted by the Presidency's Directorate of Communications, held in Istanbul with the theme of "Rooted Past, Strong Future."

Stating that they do not completely rely on foreigners in the defense industry and military matters, they also cannot transfer the communication issue to others, Erdoğan said: "We cannot trust the conscience and professional ethics of those who constantly teach us human rights, democracy and freedom lessons from an orientalist perspective. As with other strategic issues, we have to find our ways in media and communication. As the Turkish world, we should take initiative in this regard, share experience, join forces and seek ways to make the most effective use of the opportunities at our disposal."

The lives of millions of vulnerable people around the world are darkened by false and distorted news by causing serious drama and trauma, he said, underlining that, "Social media channels, where there is no control or self-control, have come to the point of threatening both democracy, social peace and national security of states today."

Communications Director Fahrettin Altun also said that Turkey sees the fight against the lie industry and disinformation as an integral part of its national security and takes all its steps with this perspective.

"We have to take all measures regarding these media organizations funded by foreign powers and operating as influence agents," he said and added that: "We have to jointly fail the perception operations against our countries and establish a positive agenda and ensure the right information flow."

"Today, our duty, as the Turkic Council, is to strengthen our common information production and distribution channels against digital fascism, cyber imperialism and the global lie industry," he added.

The Turkish government has accelerated its efforts for a new social media regulation in light of online manipulations and disinformation.