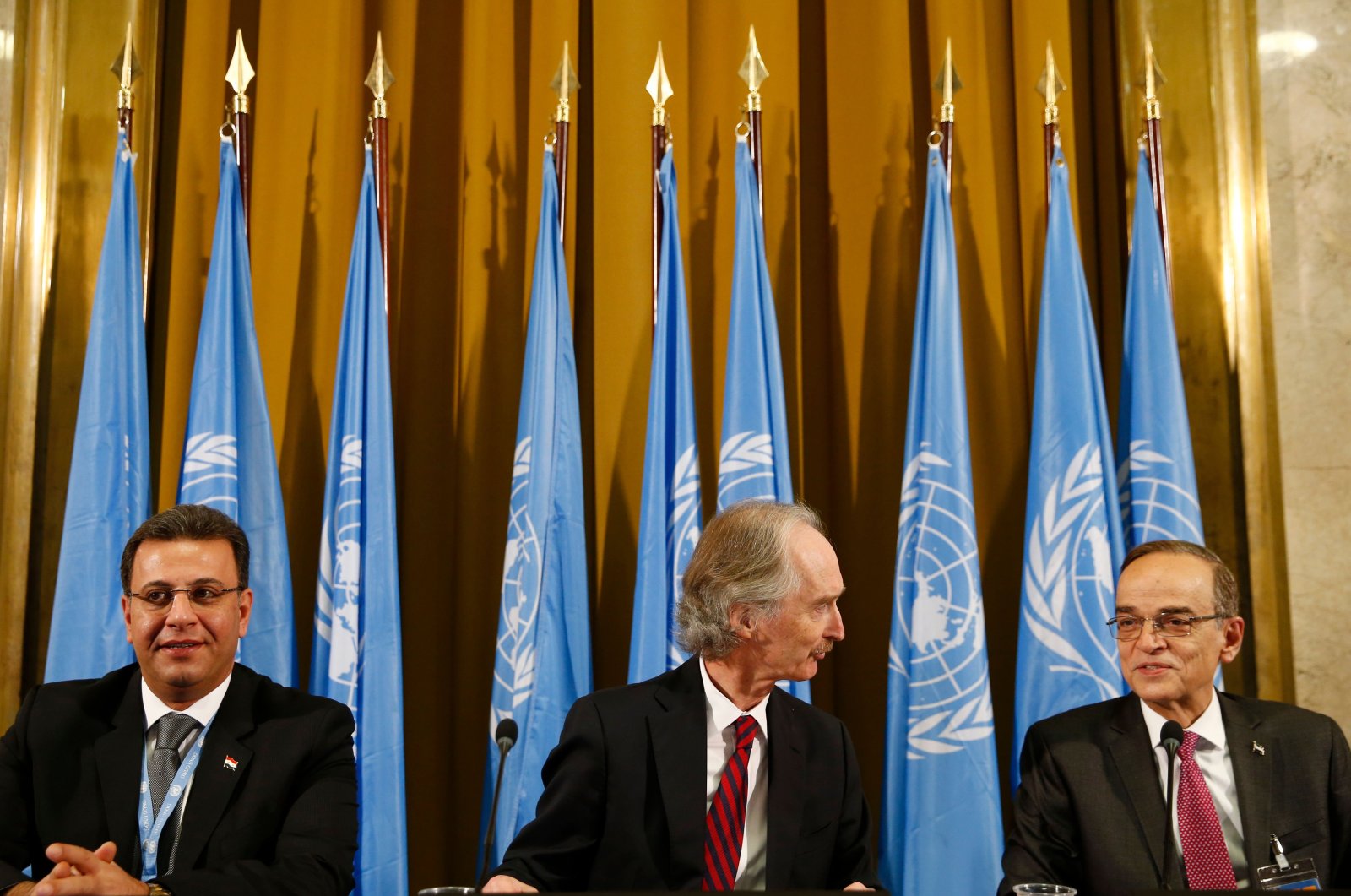 The United Nations Security Council (UNSC) failed to come to an agreement on a joint declaration on Syria, as diplomats on Tuesday blamed the deadlock on Russia.

Moscow, the Bashar Assad regime’s main ally, repeatedly blocked negotiations on the matter, diplomats said, although the former did not respond to a request for comment as to why.

The Security Council could not agree on a press statement that would have expressed regret “that 17 months after the launch of the Syrian-owned and Syrian-led Constitutional Committee, the drafting of a constitutional reform ... had not begun.”

A revised statement dropped the expression of regret and made no mention of the Constitutional Committee, which diplomats said was at the request of Russia, a key ally of the Assad regime. But after objections from some Western nations at eliminating that key point, the attempt by the British council presidency to issue a press statement was dropped, the diplomats said, speaking on condition of anonymity because the discussions were private.

After the council meeting, its three European Union members – Estonia, France and Ireland – along with previous members Germany and Belgium, issued a statement expressing regret at “no substantial progress” on a constitution and “regret that the Syrian regime continues to obstruct the process, refusing to engage constructively on the proposals of the special envoy and of the Syrian opposition.”

The failed effort to produce a Security Council statement, which dragged on for more than six hours, reflects the extreme difficulty of making any movement toward ending the Syrian conflict, now in its 11th year.

The top U.N. envoy for Syria Geir Pedersen reiterated his disappointment to the U.N.’s most powerful body that after five rounds of preliminary discussions aimed at revising the war-torn country's constitution – a key step toward U.N.-supervised elections – ended without progress Jan. 29.

Pedersen’s frustration was evident when he talked to reporters from Geneva after virtually briefing the council, calling the Constitutional Committee meeting “a missed opportunity.” He hinted at the time that the Syrian government delegation was to blame for the lack of progress.

Endless rounds of U.N.-backed peace talks in the decade since the conflict began have failed to stem the bloodshed and in recent years have been largely overtaken by parallel negotiations led by Russia and Turkey.

“The current divisions in the international community need to be bridged,” Pedersen told journalists earlier in the day following a Security Council videoconference.

Pedersen said that without “constructive international diplomacy” on Syria, it was unlikely that “any track – constitutional track or any other – will really move forward.”

Diplomats said the failure to agree on a declaration was due to Russia, which had made demands unacceptable to Western nations.

“The Russians are asking too much,” a diplomat said on condition of anonymity.

The council’s monthly meeting on Syria is usually public, but officials kept the session private after a meeting of the Syrian Constitutional Committee in Geneva last month ended with no progress.

“The aim was not to create a debating club, but to give Syrian people a way out from a 10-year long conflict,” he said, according to a copy of his speech that was released after the meeting.

"It is clear to everyone that the Syrian Government has just taken advantage of these meetings to delay any real reconciliation," Jurgenson said.

The committee was created in 2019 to modify Syria’s 2012 constitution, which directs the organization of elections under U.N. supervision.

“Session five of the Constitutional Committee was a missed opportunity and disappointment,” Pedersen said of the January meeting, which included the Syrian regime, the opposition and civil society.

Diplomats told Agence France-Presse (AFP) that Western powers were unanimous during Tuesday’s meeting in decrying the “failure” of the political process.

One representative accused the constitutional committee of having achieved nothing and blamed the Syrian regime for “delay tactics.”

The U.S. and several Western allies have also accused Bashar Assad of deliberately delaying the drafting of a new constitution to waste time until presidential elections this year and avoid U.N.-supervised voting as called for by the Security Council.

In late January, the Astana trio, consisting of Turkey, Russia and Iran, said in a joint statement that they were ready to support the Syrian Constitutional Committee’s work through continuous interaction with the Syrian delegates and Pedersen, as the facilitator, in order to ensure its sustainable and effective functioning.

The Astana meeting was initiated by Turkey, Iran and Russia to bring the warring sides in Syria together to find a permanent solution to the 10-year-long war. The main agenda items have been the constitutional system, the political transition, security and resettlement. The first meeting of the Astana process was in Turkey in January 2017 to facilitate U.N.-sponsored peace talks in Geneva.