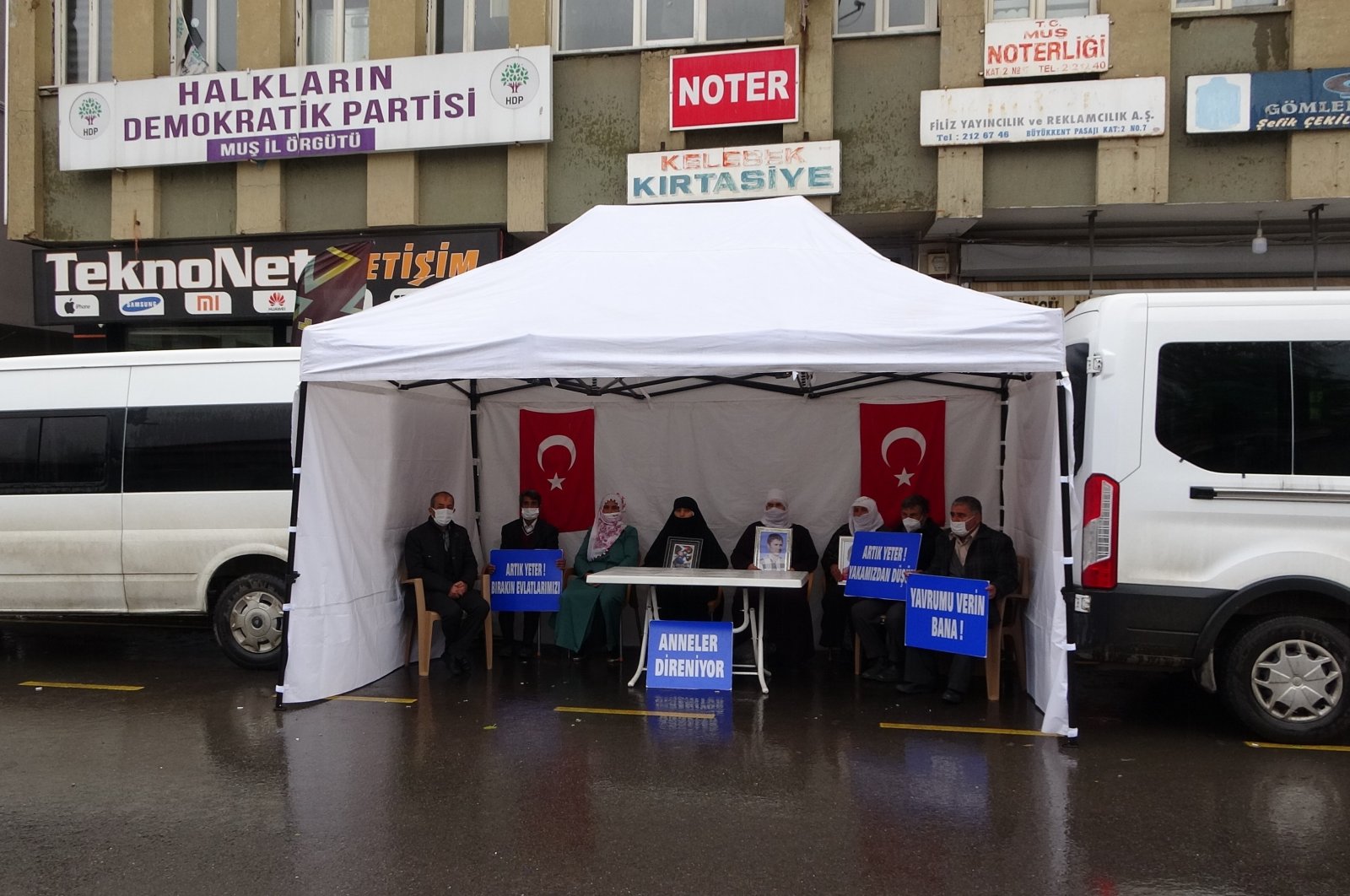 Families protest their children's abduction by the PKK terrorists in front of HDP headquarters in Muş, Turkey, Dec. 15, 2021. (IHA Photo)
by DAILY SABAH WITH AA Dec 16, 2021 10:48 am
RECOMMENDED

Mustafa Çelik, who joined the protest in Muş on Wednesday, said his brother was taken away by the terrorist group more than two decades ago. "I have not heard from my brother for 22 years," he said.

Ayten Koçhan, another protester, said: "The number of families who have joined the sit-in has increased to 24. We want our children back."

A man, identified only by the initials O.S., who escaped from the PKK terrorist group, is supporting the protesting mothers.

The 23-year-old was deceived by the terrorist group in Istanbul and taken to the mountains in 2014. He escaped and surrendered to the Turkish security forces in 2018.

Recalling the torture he went through while he was part of the terrorist group, he said: "They say a lot of things like 'the state is torturing.' There is no such thing. I've been with my family for three years (after surrendering)."

"I'm calling on the young people on the mountains: Return to your mother. Your parents are devastated. Don't upset your parents."

Demonstrations have since spread to other provinces, including Van, Muş, Şırnak and Hakkari.