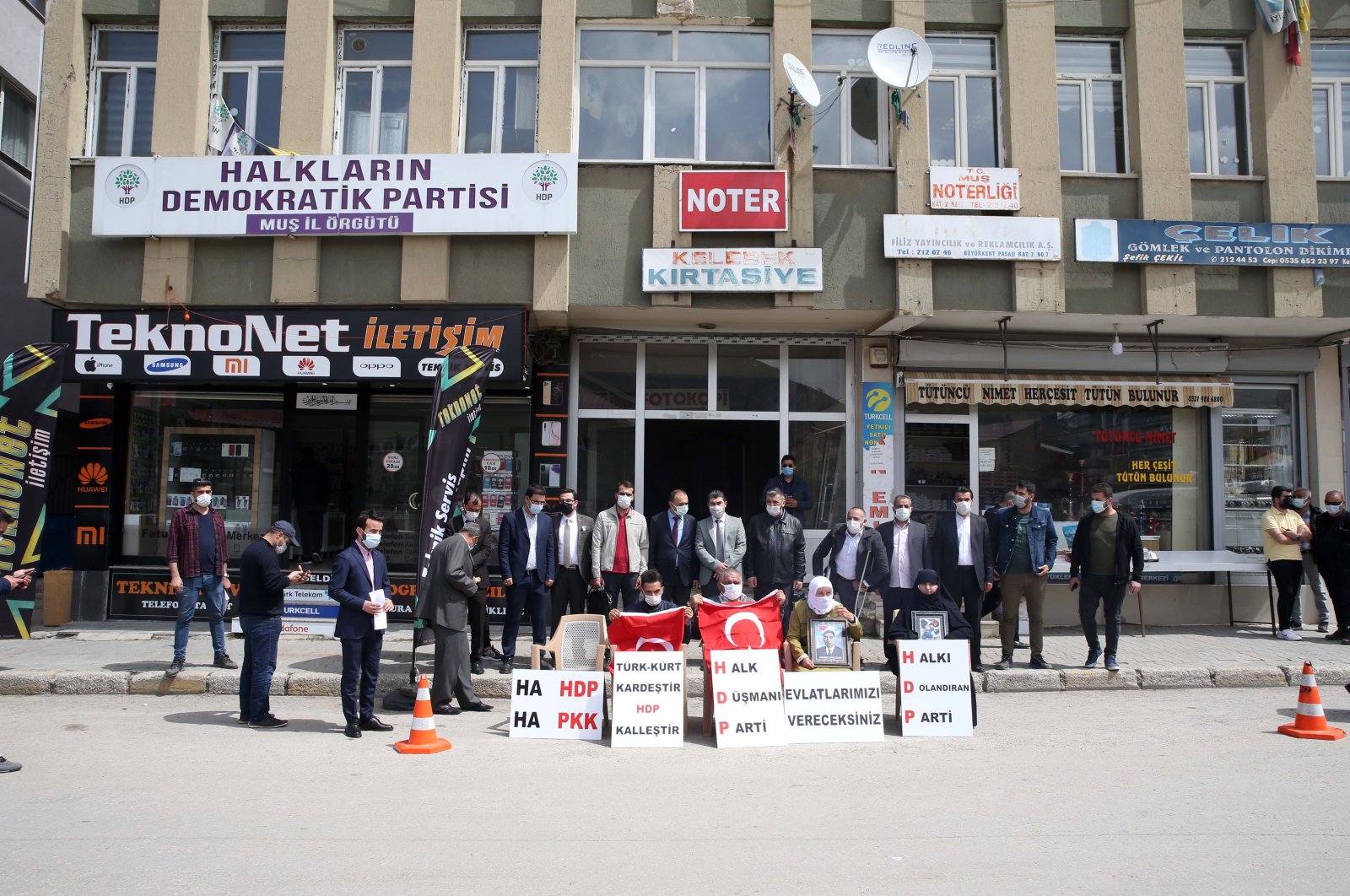 Eleven suspects, including executives from the pro-PKK Peoples' Democratic Party (HDP), were arrested on Monday during a counterterrorism operation conducted in southeastern Diyarbakır province.

The chief public prosecutor's office in Diyarbakır launched an investigation into determining suspects that repeatedly participate in the funerals of terrorists that turn into PKK propaganda, and engage in propaganda through press statements, hunger strikes and illegal meetings.

A warrant was issued for 13 suspects within the scope of the investigation.

A large number of books, magazines and documents, as well as digital content, were seized during the investigation in searches of the suspects' homes.

The HDP has come under fire for its close links to the PKK, which is listed as a terrorist organization by Turkey, the United States and the European Union. Members of the party have so far declined to call the PKK a "terrorist group," and have attended PKK militants' funerals, two of whom were suicide bombers that killed tens of civilians in multiple bombings in Ankara.

Earlier this year an operation was launched by security forces after posters of jailed PKK leader Abdullah Öcalan and material for terrorist propaganda were found in the HDP building in the Esenyurt district of Istanbul.

Kurdish families have also been decrying the HDP’s support of the PKK by staging a sit-in in Diyarbakır that has been going on for over a year.