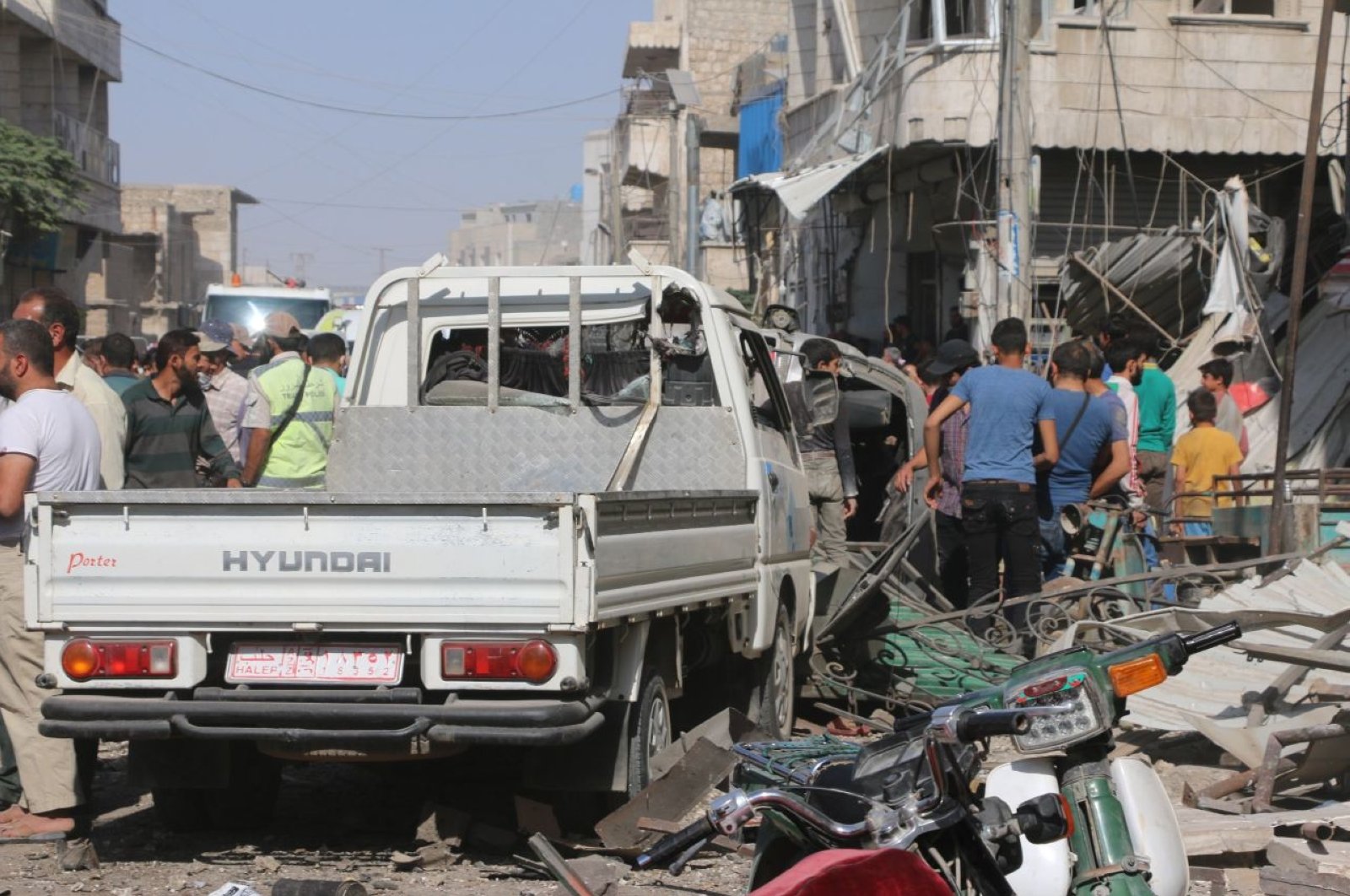 At least 15 civilians were killed and 30 others were injured in a suspected YPG/PKK terrorist attack in which a bomb-laden vehicle exploded in Syria’s al-Bab, which was liberated from the Daesh terrorist group as part of Turkey's counterterrorism operations.

The blast occurred when a large truck bomb went off in a crowded area of the town, a witness told Reuters. The road was closed to traffic after the blast, Ihlas News Agency (IHA) said, adding that the death toll could climb.

Many residential and commercial buildings around the area were damaged in the explosion, according to Demirören News Agency (DHA).

The injured victims, who included women and children, were taken to the nearby al-Bab and Çobanbey hospitals for treatment, DHA said.

Civil defense units are also trying to look for survivors in the rubble in a rescue operation, DHA added.

Local security sources noted that the blast was carried out by the YPG/PKK terrorist group, which has ramped up its attacks through the Tal Rifaat region, and the police have launched an investigation into the attack.

Once ruled by Daesh terrorists, al-Bab was liberated three years ago in Operation Euphrates Shield, which was carried out by the Turkish Armed Forces (TSK) and the Syrian National Army (SNA) – then called the Free Syrian Army (FSA).

Due to its strategic importance, al-Bab witnessed the fiercest clashes between the Daesh terrorists and Turkish forces, especially in the Sheikh Aqeel district overlooking the town.

The town's infrastructure and public buildings, which were heavily damaged due to a lack of maintenance, airstrikes targeting the Daesh terrorists and the final clashes before its liberation, have either been restored or completely rebuilt thanks to Turkey's efforts.

In addition to al-Bab, the towns of Jarablus, al-Rai and Dabiq were also cleared of the terrorist group in Operation Euphrates Shield. Turkey's cross-border anti-terror operations Euphrates Shield, Olive Branch and Peace Spring have provided a secure environment, enabling 580,000 Syrian refugees to return to areas cleared of terrorists.

Turkey renovated the 200-bed al-Bab hospital after the operation, which provides health services with the support of Turkey and Turkish physicians.

Meanwhile, al-Bab police, who received training in Turkey, ensure the security of the area as they take care of other problems, including terrorism and traffic incidents.

While liberating northwestern territories from Daesh, Turkey also prevented the YPG/PKK from establishing a de facto autonomous region in Syria connecting the so-called northwestern Afrin canton to the so-called Kobani (Ain al-Arab) and Jazeera cantons in the northeast, which Ankara describes as a "terror corridor" posing a grave threat to its national security.

The YPG/PKK terrorist group still continues to conduct attacks on innocent civilians both in Syria and in Turkey.

YPG/PKK terrorists do not claim responsibility for the attacks they conduct as they end up harming civilians, according to local security sources.

In its more than 40-year terror campaign against Turkey, the PKK – listed as a terrorist organization by Turkey, the U.S. and the European Union – has been responsible for the deaths of nearly 40,000 people, including women, children and infants. The YPG is the PKK's Syrian branch.