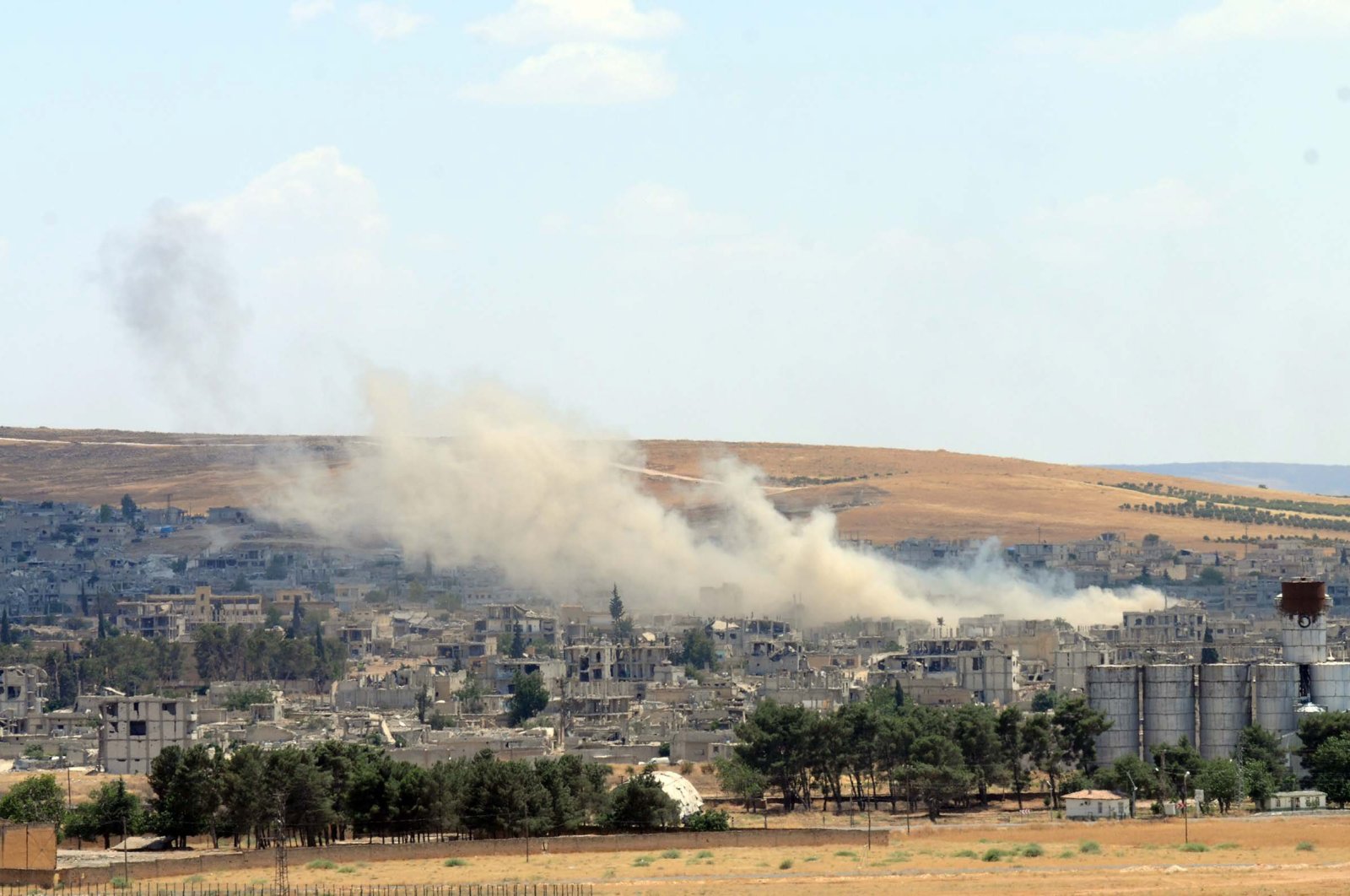 At least three YPG/PKK terrorists were killed late Tuesday when a Turkish drone hit an area in the countryside of Ain al-Arab in northern Syria where the terrorist leaders were holding a meeting, a monitoring group said.

The Britain-based Syrian Observatory for Human Rights said the meeting included YPG/PKK terrorist-dominated Syrian Democratic Forces (SDF) officials and that a female leader was among those killed.

It added that the attack took place in the village of Helenj in the countryside of Ain al-Arab, east of Aleppo.

The YPG/PKK terrorists called on the U.S.-led coalition and Russian forces in the area to “carry out their duties” to prevent such incidents.

The U.S. has primarily partnered with the YPG/PKK in northeastern Syria in the anti-Daesh fight. On the other hand, Turkey strongly opposed the terrorist group's presence in northern Syria, which has been a major sticking point in strained Turkey-U.S. relations. Ankara has long objected to the U.S.' support for the YPG/PKK, a group that poses a threat to Turkey and terrorizes local people, destroying their homes and forcing them to flee.

Under the pretext of fighting Daesh, the U.S. has provided military training and given truckloads of military support to the YPG/PKK, despite its NATO ally's security concerns. While underlining that one cannot support one terrorist group in the fight against another, Turkey conducted its own counterterrorism operations, over the course of which it has managed to remove a significant number of terrorists from the region.

Turkey launched Operation Peace Spring, the third in a series of cross-border anti-terror operations in northern Syria targeting terrorists affiliated with Daesh and the YPG/PKK, on Oct. 9.

The operation, conducted in line with the country's right to self-defense borne out of international law and U.N. Security Council resolutions, aimed to establish a terror-free safe zone for Syrians' safe return to the area east of the Euphrates river controlled by U.S.-backed Syrian Democratic Forces (SDF), which are dominated by YPG terrorists.

On Oct. 22, Ankara and Moscow reached a deal under which YPG/PKK terrorists were to pull back 30 kilometers south of Turkey's border with Syria within 150 hours, and security forces from Turkey and Russia would mount joint patrols in the area.