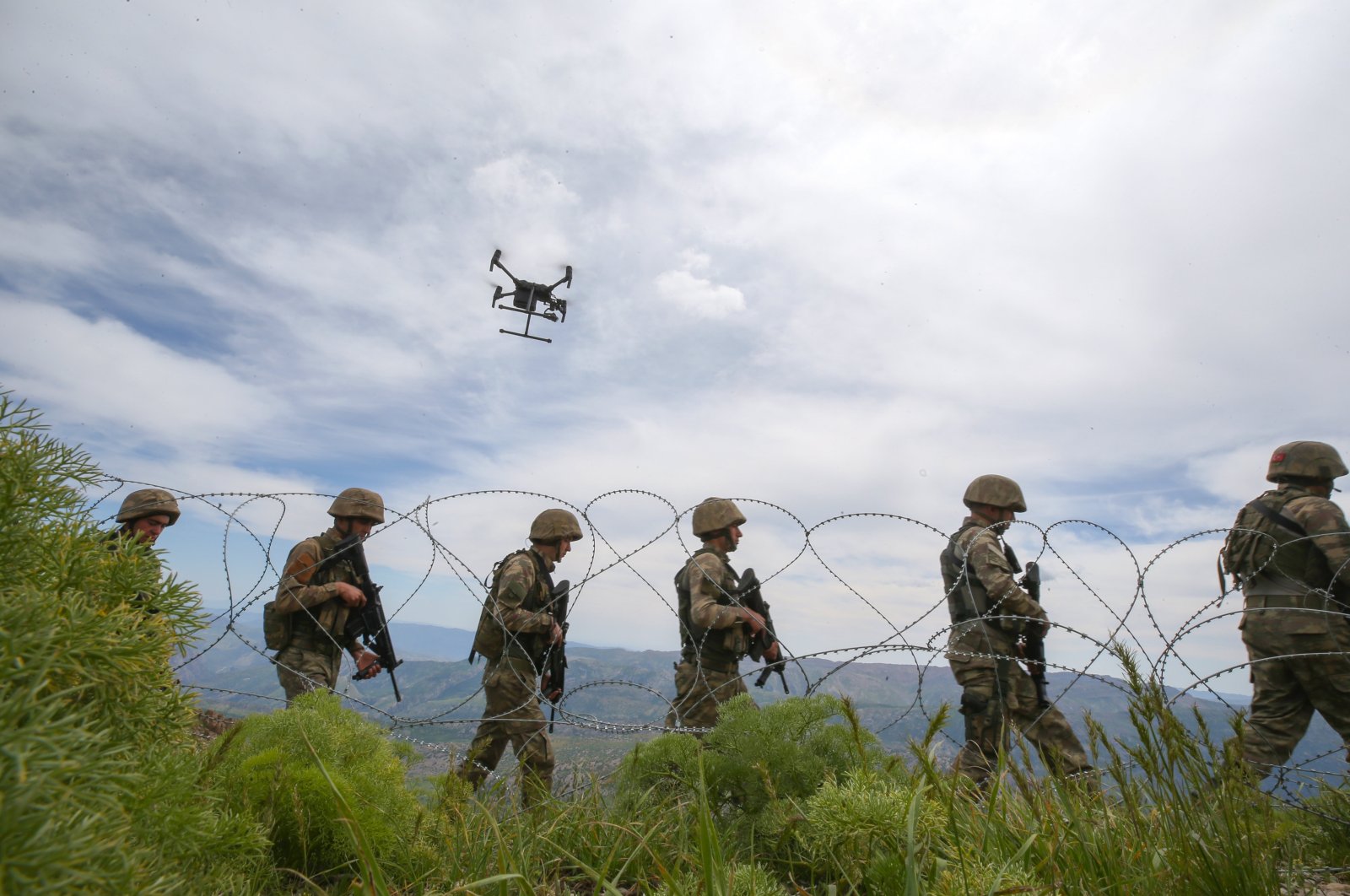 Turkish soldiers participate in a counterterrorism operation in Turkey's Hakkari province near the border with Iraq, May 24, 2018. (AA Photo)
by Anadolu Agency Aug 16, 2021 8:53 am
RECOMMENDED

Three soldiers died and two were injured when an improvised explosive device went off Sunday in an area where Turkish forces have been conducting an operation against PKK terrorists, the ministry said. It added that the injured soldiers are currently under treatment at the hospital. Another soldier was killed and one wounded in a shootout with PKK terrorists near a Turkish military base, it said.

"Due to the contact between members of the separatist terrorist organization and close security elements in our base area on Aug. 15, 2021, in the area of Operation Claw-Lightning, our hero comrade in arms was seriously injured and died, despite all the interventions in the hospital where he was taken," the ministry said in a written statement released Sunday.

"A heroic comrade in arms was also wounded. Our wounded fellow soldier was immediately taken to the hospital and treated," the statement added.

While noting that Turkey is deeply pained and saddened by the incident, the ministry conveyed its condolences to the families of the fallen soldier, as well as the Turkish Armed Forces and the Turkish people.

"We wish a speedy recovery for our wounded personnel," the statement concluded.

The ministry extended its condolences to the families of the soldiers who lost their lives, the Turkish Armed Forces (TSK), and the nation, and wished a speedy recovery to those injured. The PKK terrorist group often hides out in northern Iraq, just across Turkey's southern border, to plot terrorist attacks in Turkey.