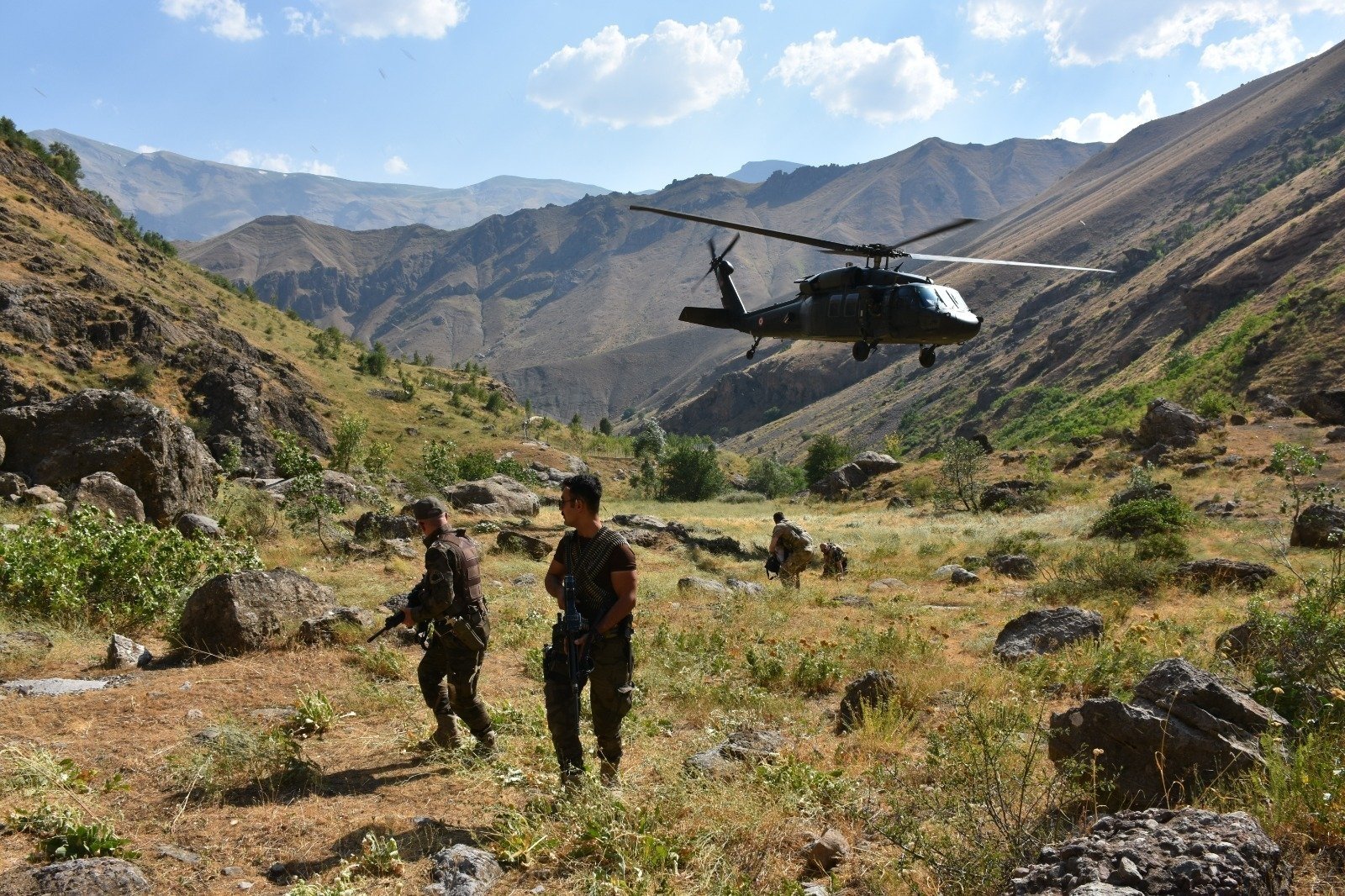 According to a statement by the ministry, four PKK and one far-left terrorist were persuaded into surrendering to Turkish forces in a coordinated effort between police and gendarmerie forces.

The terrorists joined the terror groups at different times between 1993 and 2015 and were active in Syria and Iraq, the statement noted.

The number of PKK terrorists who have surrendered through persuasion this year has reached 14, it added.

Separately, a member of the PKK's Syrian branch, the YPG, was being held in the town of Al-Bab in northern Syria on Sunday, an official statement said.

The terrorist, identified by the initials A.E.M., was rounded up in Al-Bab in an operation by local security units and the governorship, which provides the Syrian town with consultancy services.

Al-Bab was previously ruled by Daesh terrorists who destroyed its infrastructure and displaced thousands of civilians. It is now a fully functioning town with a local council, schools, hospitals and a university thanks to Turkey's efforts.

The city was liberated four years ago in Operation Euphrates Shield carried out by the Turkish military and the Syrian National Army (SNA) – then called the Free Syrian Army (FSA).

Since 2016, Turkey has launched a trio of successful anti-terror operations – Euphrates Shield in 2016, Olive Branch in 2018 and Peace Spring in 2019 – across its border in northern Syria to prevent the formation of a terror corridor, enabling the peaceful settlement of residents.