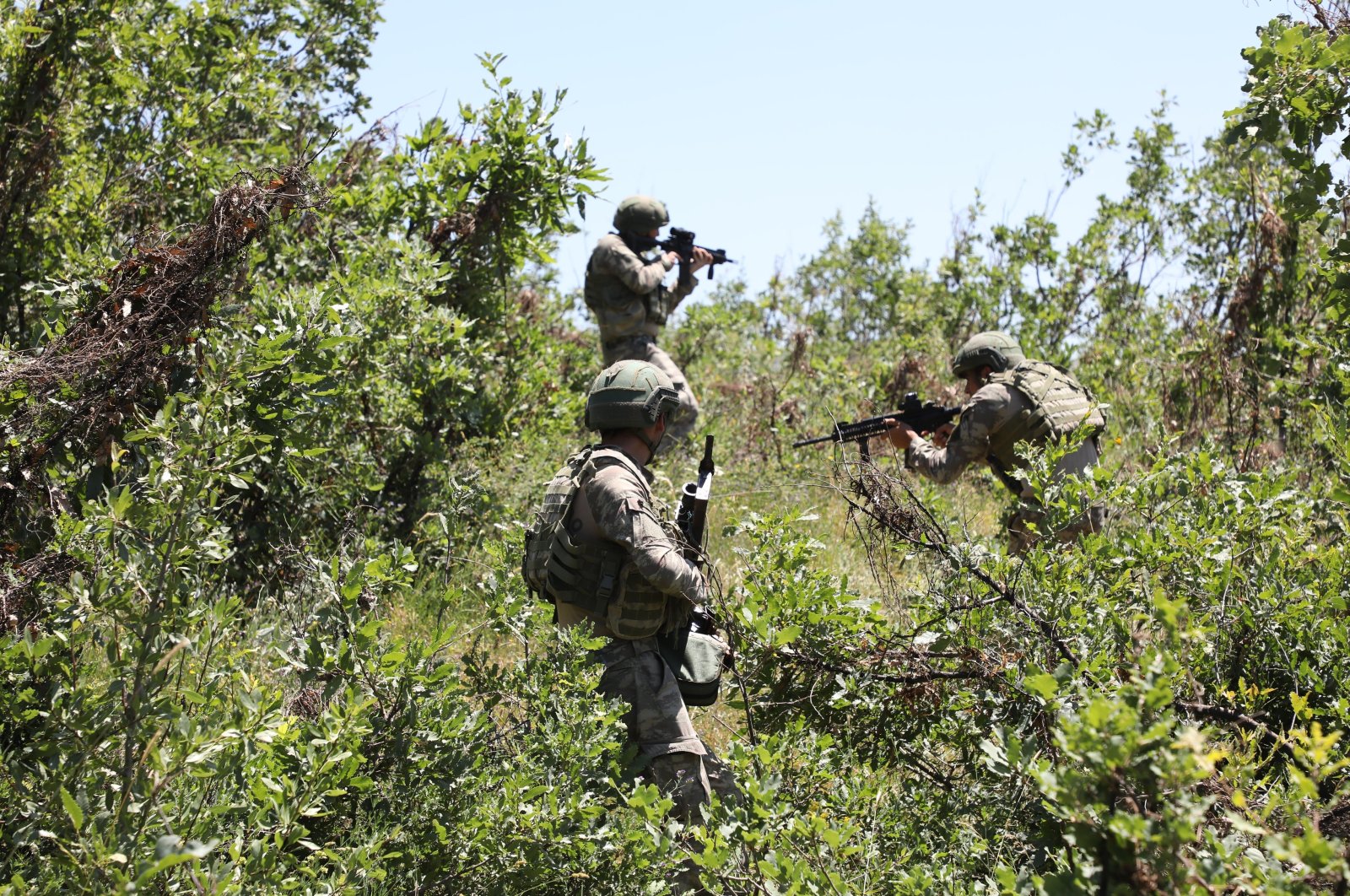 Five terrorists were killed as part of the Claw Operations, the ministry said on Twitter.

Turkey launched the operations on April 23 in northern Iraq's Metina and Avasin-Basyan regions.

Turkish forces also eliminated four more PKK terrorists in an air operation in the Gara region in northern Iraq, the ministry said in a statement.

Determined to curb terrorism at its source, Turkey is stifling the terrorist group in northern Iraq. The Turkish Armed Forces (TSK) and the National Intelligence Organization (MIT), which eliminated the so-called ringleaders of the PKK in their terrorist nests, have already caused the group's psychological collapse.

In the last two years, the operations intensifying in northern Iraq have demolished the terrorist dens in Metina, Avashin-Basyan, Zap and Gara. After getting rid of the organization's influence in these regions, Turkey now aims to clear Qandil, Sinjar and Makhmour – described as the "main target" – of terrorism.

Turkish security forces last week killed the PKK terrorist group's so-called Makhmour regional leader in northern Iraq. Announcing the operation, President Recep Tayyip Erdoğan said Turkey would not allow the "treacherous and separatist organization" to use Iraq's Makhmour district as an "incubation center" for terrorism. "We will continue to eradicate terrorism at its source," he stressed.

Turkish intelligence discovered that the camp was as important as Qandil for the PKK terrorists and that they were recruiting and training terrorists at the camp. The Qandil Mountains in northern Iraq are the PKK's stronghold, and the group is active in many cities and towns. It occupies a large number of villages in the region and launches attacks on Turkey's interior from there.

It was also recently reported that the PKK terrorist group sends members from Europe to northern Iraq to disrupt the stability and peace in the region. The PKK terrorist group has recently increased its multifaceted terrorist attacks by targeting legitimate representatives of the Kurdish people in northern Iraq, including Peshmerga forces and police officers, kidnapping civilians, targeting diplomatic missions and inciting peaceful protests to violence in Iraq's Kurdistan Regional Government (KRG) area.

The PKK terrorist group often hides out in northern Iraq, just across Turkey's southern border, to plot terrorist attacks in Turkey. Subsequently, the Turkish military regularly conducts cross-border operations in northern Iraq. Turkey has long been stressing that it will not tolerate terrorist threats posed against its national security and has called on Iraqi officials to take the necessary steps to eliminate the terrorist group. Ankara previously noted that if the expected steps were not taken, it would not shy away from targeting terrorist threats.