Another family to reunite with son as 5 more terrorists surrender 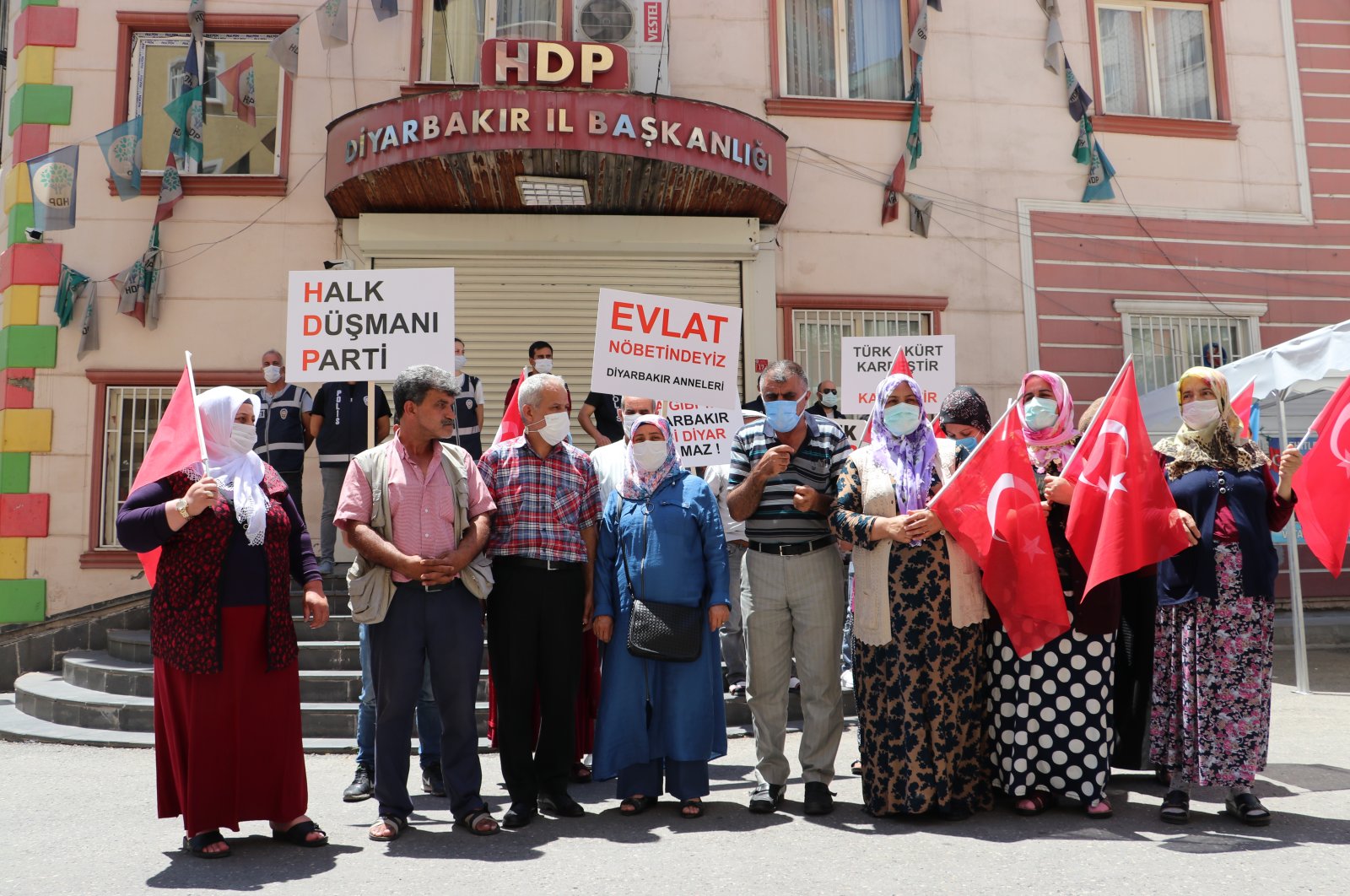 One more family protesting in Turkey’s southeastern Diyarbakır province will reunite with their child abducted by the PKK terrorists, Interior Minister Süleyman Soylu said Wednesday, as the ministry announced that five more PKK terrorists had surrendered to Turkish security forces.

In a message posted on Twitter, Soylu said the 28th family protesting in front of the pro-PKK Peoples’ Democratic Party (HDP) headquarters in Diyarbakır will meet with their son, as their protests have proven effective.

“The mothers are determined. They will continue to wage their struggle until they get their children back from the terrorist organization,” Soylu said, referring to the PKK terrorists. Meanwhile, the Interior Ministry said that five more PKK terrorists surrendered to security forces. They had joined the terrorist group between 2011 and 2015 and had been active in Iraq and Syria, the ministry said. The ministry statement noted that one of the terrorists’ families had been participating in the Diyarbakır protests.

The number of terrorists who surrendered to Turkish security forces through persuasion efforts has reached 102 with the latest additions, the ministry added. Turkish security forces use persuasive techniques to save children who have been kidnapped and deceived by the PKK. They collaborate with families to save their children. Under a repentance law in Turkey, offenders linked to terrorist groups are eligible for reduced sentences if they surrender.