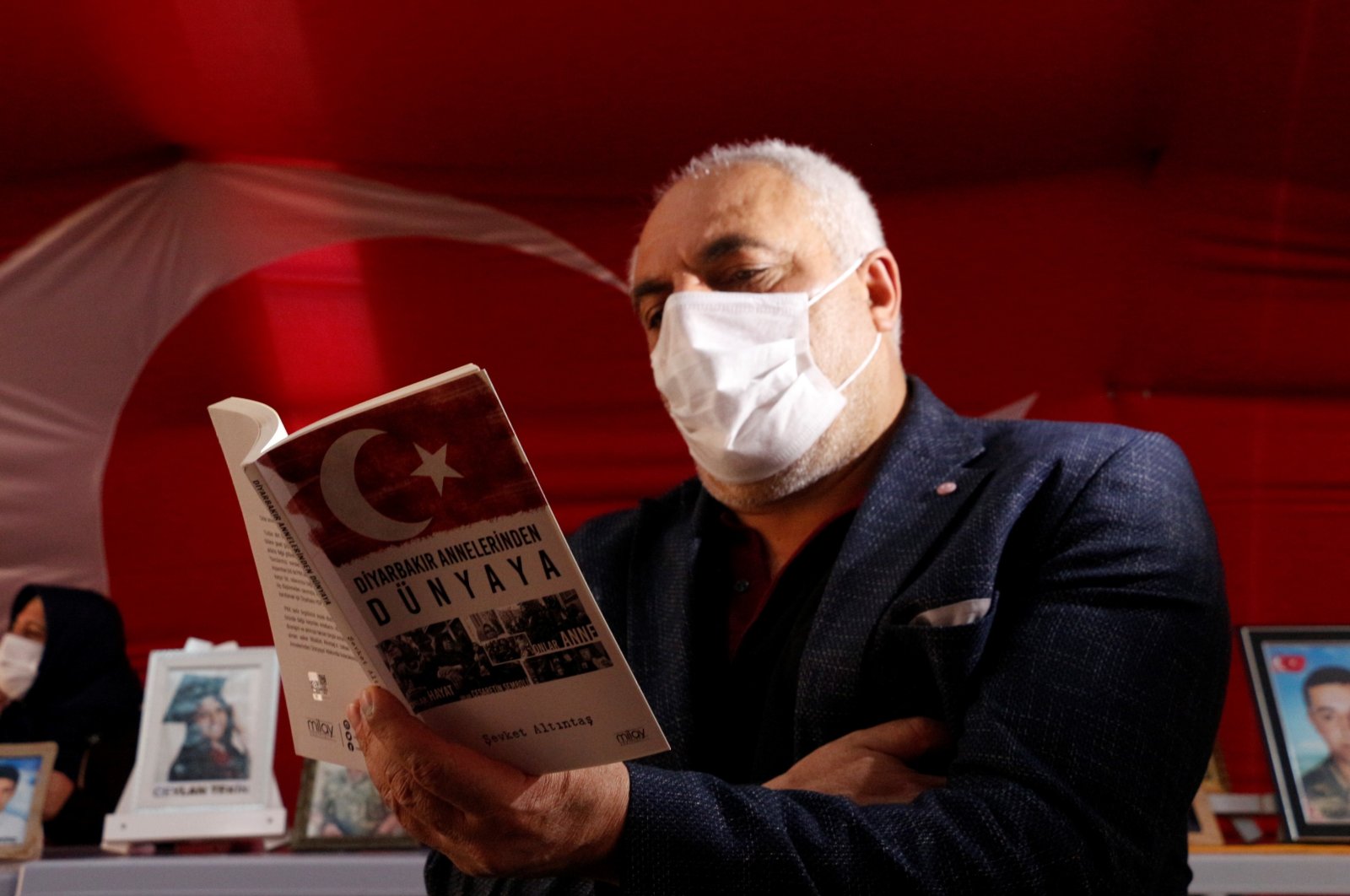 Father Şevket Altıntaş poses with his book "From Diyarbakır Mothers to the World" in front of the pro-PKK Peoples’ Democratic Party’s (HDP) headquarters in Diyarbakır, Turkey, Jan. 25, 2021. (DHA Photo)
by DAILY SABAH WITH AA Jan 26, 2021 9:22 am
RECOMMENDED

One of the parents participating in the sit-in protest against the PKK terrorist group in Turkey’s southeastern Diyarbakır province has written a book explaining the stories and experiences of families who have been protesting for over a year.

Şevket Altıntaş joined the sit-it with hopes of bringing his abducted child back and said the participating families have been determined to continue protesting until their beloved children are home safe again.

In his book “From Diyarbakır Mothers to the World,” Altıntaş recounts the experiences of protesting families. He said he wrote the book in an effort to offer tangible evidence about how children are kidnapped and shed light on the methods used by terrorist affiliates to trick the youths.

The defiant father went on to say that the terrorist group stops children from fleeing by threatening to kill their families.

The protests began when Hacire Akar turned up at the doorstep of the pro-PKK Peoples’ Democratic Party’s (HDP) Diyarbakır office one night after her son was abducted by the PKK. Akar’s son Mehmet returned home on Aug. 24, giving hope to the other families. On Sept. 3, 2019, families inspired by Akar transformed her solo stance into a collective sit-in protest.

The HDP, long facing public reaction and judicial probes over its ties to the PKK, is under pressure from this growing civilian movement. Various groups from around Turkey have supported the Kurdish mothers in their cause, with many paying visits to show their support.

In its more than 40-year terror campaign against Turkey, the PKK – listed as a terrorist organization by Turkey, the U.S. and the European Union – has been responsible for the deaths of 40,000 people including women, children and infants.