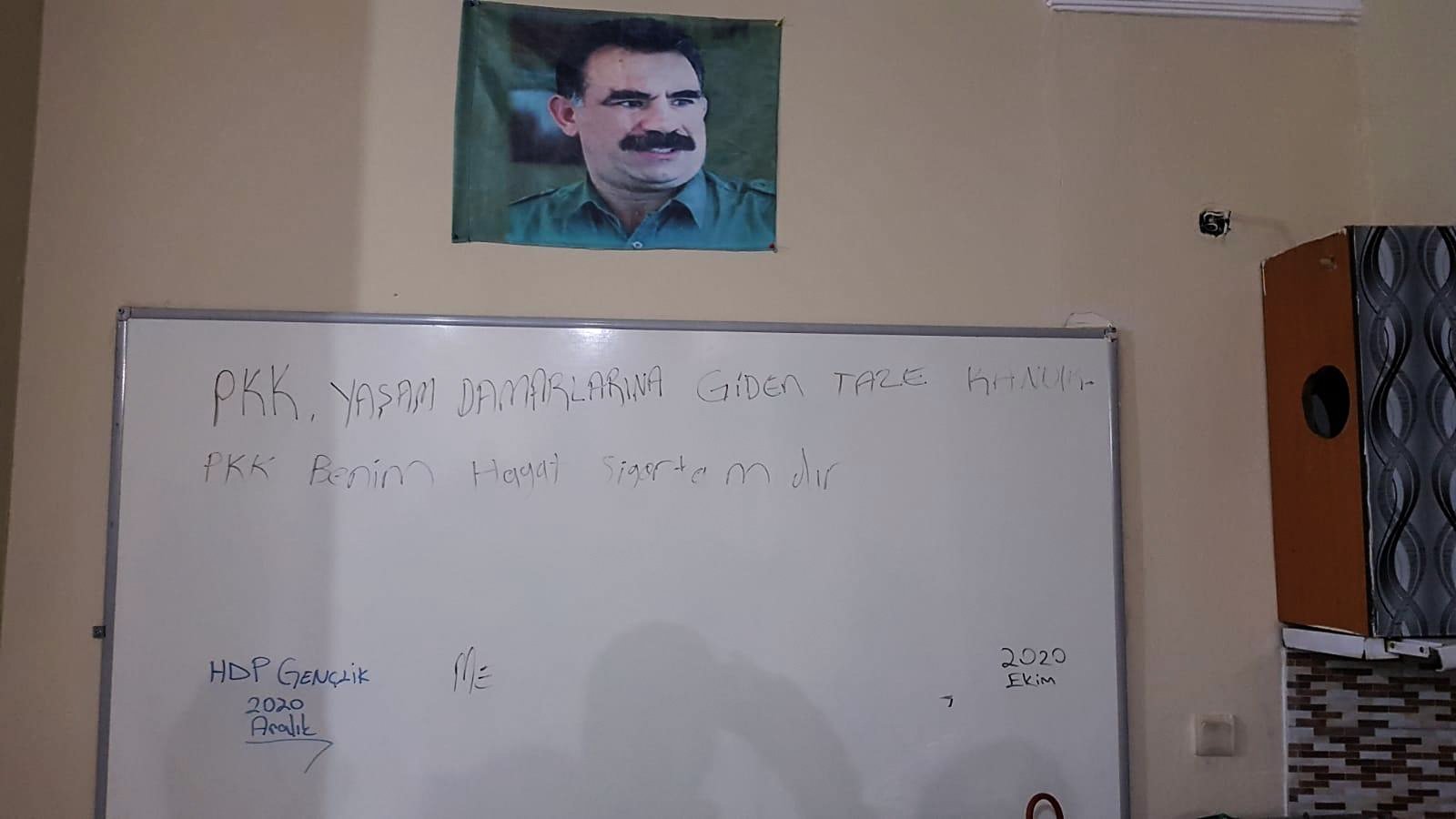 Documents related to money delivered to the family members of slain PKK terrorists were found during a recent operation against the pro-PKK Peoples' Democratic Party (HDP) office in Istanbul's Esenyurt district.

The documents mention the money transfer as "aid." Thousands of digital photos, showing terrorists in rural areas, were also found during the raid.

An operation was launched by security forces after posters of jailed PKK leader Abdullah Öcalan, as well as terrorist propaganda material, were found at the HDP's Esenyurt headquarters.

After the incident, the co-chairs of the district, Ercan Sağlam and Dilan Kılıç, were detained, and a raid was carried out in the party office.

Sağlam and Kılıç were released Sunday after their testimonies were taken by the security forces. However, they were detained once again on charges of being a member of a terrorist group.

The HDP has drawn ire on multiple occasions for transferring taxpayer money and funds to the PKK, a globally recognized terrorist group. HDP mayors and local officials were found to have misused funds in support of the PKK terrorist group, and provide jobs to PKK sympathizers.

On the issue, Communications Director Fahrettin Altun in a tweet on the same day said: “Once again we see that HDP means PKK. What will those who form alliances with the HDP say in the face of this footage?”