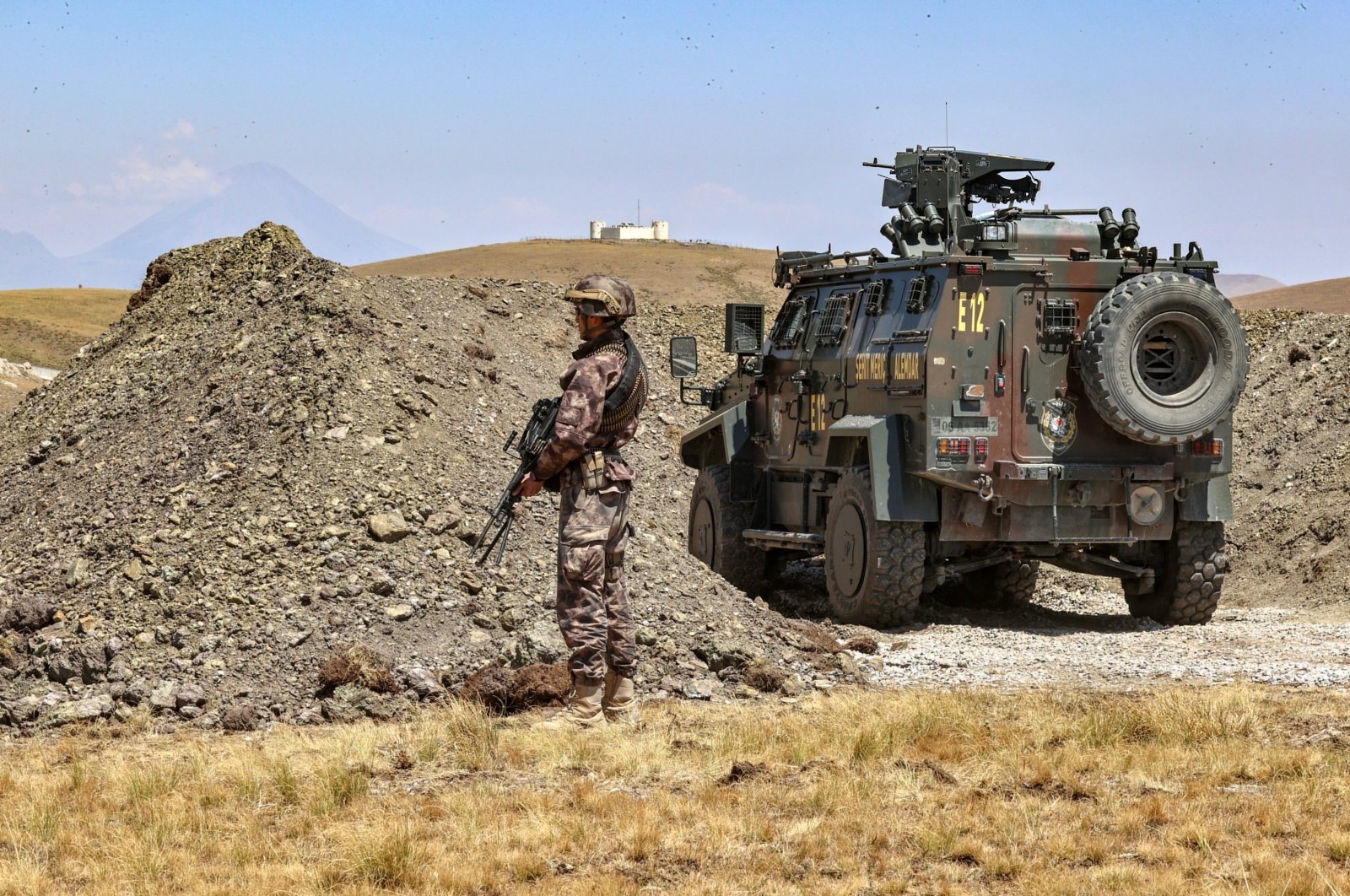 Another PKK terrorist surrendered to security forces as Turkey’s fight against terrorism continues both within the country and abroad.

With the latest surrender, the number of terrorists who have laid down their arms through persuasion efforts this year now stands at 128.

The terrorist surrendered in the Suruç district of Şanlıurfa province after escaping from the PKK’s Syrian offshoot, the YPG terrorist group, in northern Syria.

Security sources, who spoke to Anadolu Agency (AA) on the condition of anonymity due to media restrictions, said the terrorist is being interrogated.

According to the ministry, the terrorists were eliminated while trying to launch an attack in the Operation Peace Spring zone.

The operation, conducted in line with the country's right to self-defense borne out of international law and United Nations Security Council resolutions, aimed to establish a terror-free safe zone for Syrians to return to the area east of the Euphrates, which was then controlled by the U.S.-backed YPG terrorists.