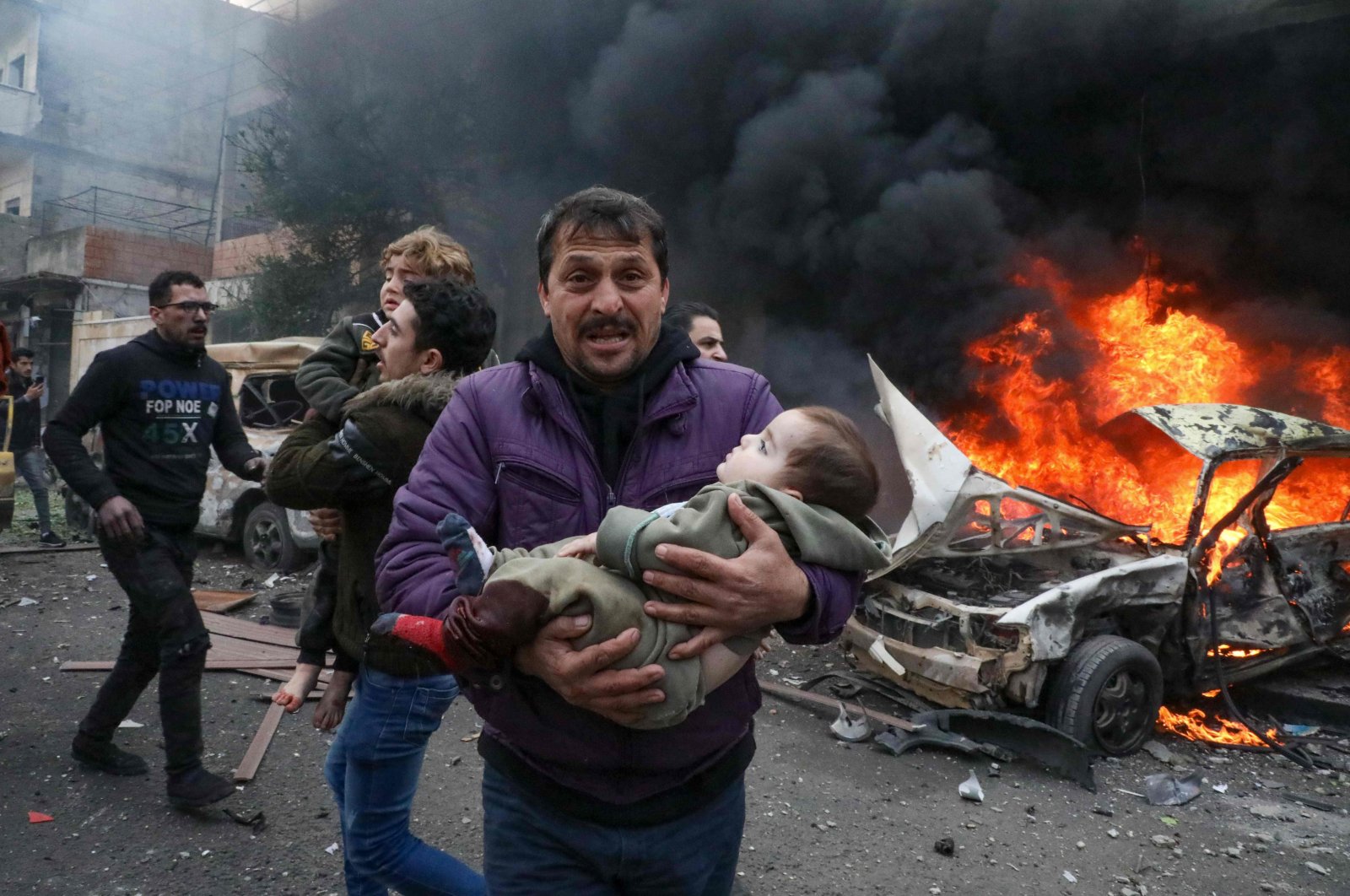 Civilians carry a young victim at the scene of an explosion in the town of Azaz in the opposition-controlled northern countryside of Syria's Aleppo province, Jan. 31, 2021. (AFP Photo)
by DAILY SABAH Feb 21, 2021 11:14 am

At least six civilians, including a child, were wounded in a terrorist attack carried out with a car bomb in northern Syria’s Azaz on Saturday, according to the White Helmets civil defense group.

“Our teams arrived at the scene of the explosion, rescued the injured and worked to extinguish the fires, and secure the area to protect civilians,” the White Helmets wrote on Twitter.

Firefighters rushed to a fire that broke out after the explosion, which damaged surrounding shops and houses.

Although no group has claimed responsibility, the PKK terrorist organization’s Syrian wing, the YPG, is believed to be behind the attack, according to security forces.

Azaz was most recently the target of another suspected terrorist attack on Jan. 31 when a car bomb exploded, killing four people.