Biden assured YPG that US won't abandon it in Syria: Ringleader 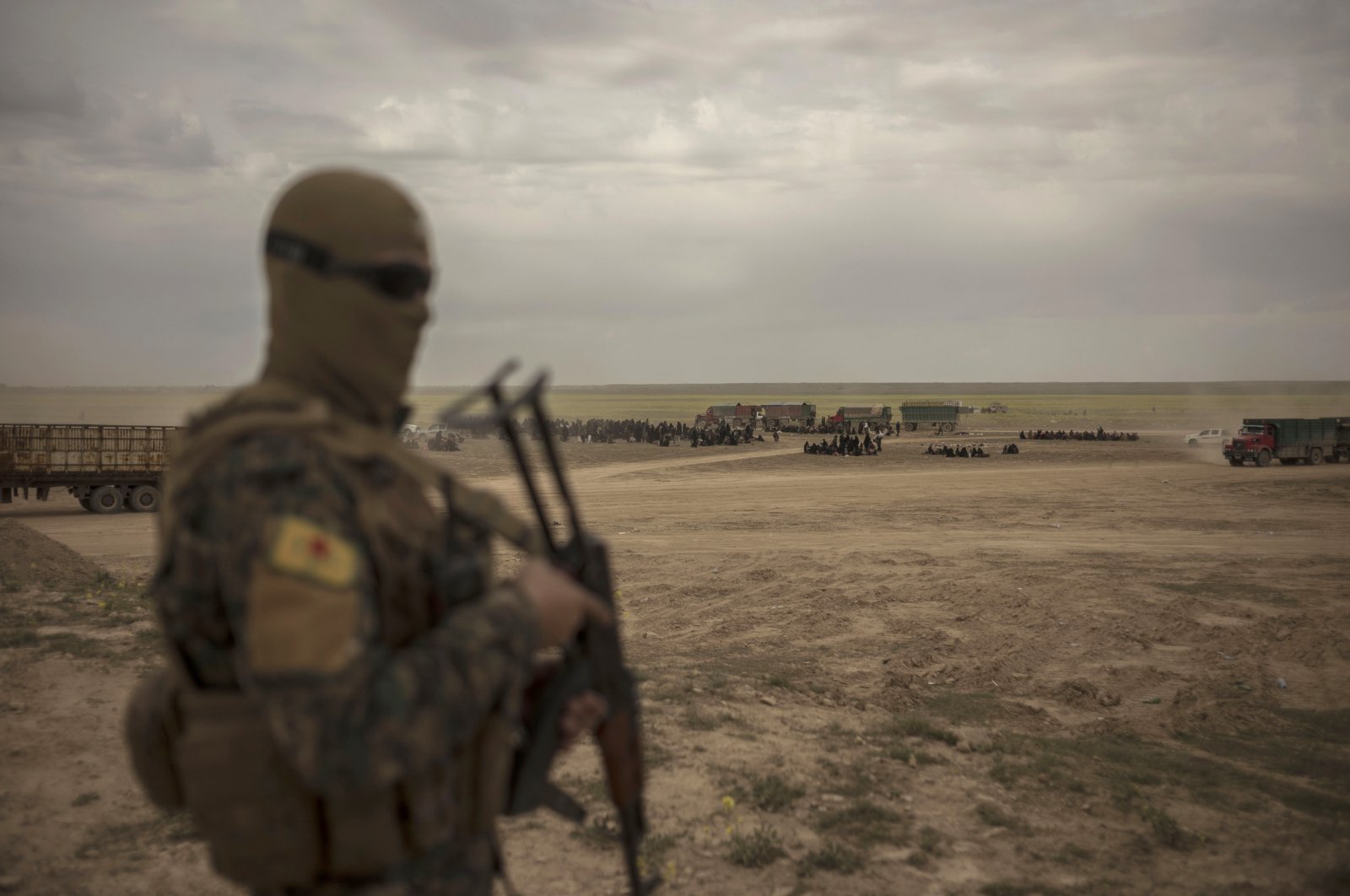 The notorious ringleader of the PKK terrorist group’s Syrian offshoot YPG, Ferhat Abdi Şahin, who is on Turkey’s most wanted terrorist list, said U.S. President Joe Biden has promised not to abandon the YPG/PKK in Syria like he did Afghanistan.

The terrorist, codenamed Mazloum Kobani, told The Times that the head of U.S. Central Command (CENTCOM) Gen. Kenneth Frank McKenzie was sent by the White House to personally reassure him.

Şahin noted that the U.S. officials highlighted that their Syria policy was completely different from their policies in Afghanistan and that they would never abandon them.

The terrorist ringleader noted that they were scared after the U.S. withdrawal from Afghanistan and that he held a meeting with the Principal Deputy Assistant Secretary of State for Near Eastern Affairs Joey Hood. He said the U.S. immediately sent representatives to reassure them that they would not face a similar situation like Afghanistan.

The U.S. primarily partnered with the YPG in northeastern Syria to fight Daesh. Turkey strongly opposed the YPG's presence in northern Syria and the formation of a terror corridor, which has been a major sticking point in strained Turkey-U.S. relations. Ankara has long objected to the U.S.' support of the YPG, a group that poses a threat to Turkey and terrorizes local people, destroying homes and forcing people to flee.

The U.S., which accepts the fact that the PKK is a terrorist group, has stated the training, weapons and ammunition support it provides to the YPG was to support the fight against the Daesh terrorist organization. However, the air defense products provided by the U.S. to the YPG contradict the claim the arming was for fighting the terrorist group since Daesh does not have air power.

In 2022, the U.S. defense budget of $778 billion allocated $177 million in aid to the YPG. This covered the salaries paid to terrorists, training, living materials, logistics support, as well as equipment such as missiles, rifles, heavy weapons, mortars, rocket launchers, and maintenance and repairs of this equipment.

The American public has criticized the country's Syria policy and opposes this use of their taxes. Experts living in the country state that the U.S.-led Syria strategy has failed, and experts have said: "The U.S. should not provide military support and protection to these groups at the expense of taxpayers. The national interest of the U.S. is not in supporting these organizations but in controlling the threats from terrorists."

Experts have noted that relations between Turkey and the U.S. can only improve if the Biden administration shifts its YPG policy in Syria.