Despite Turkey's concerns, US provides $2B support to YPG terrorists 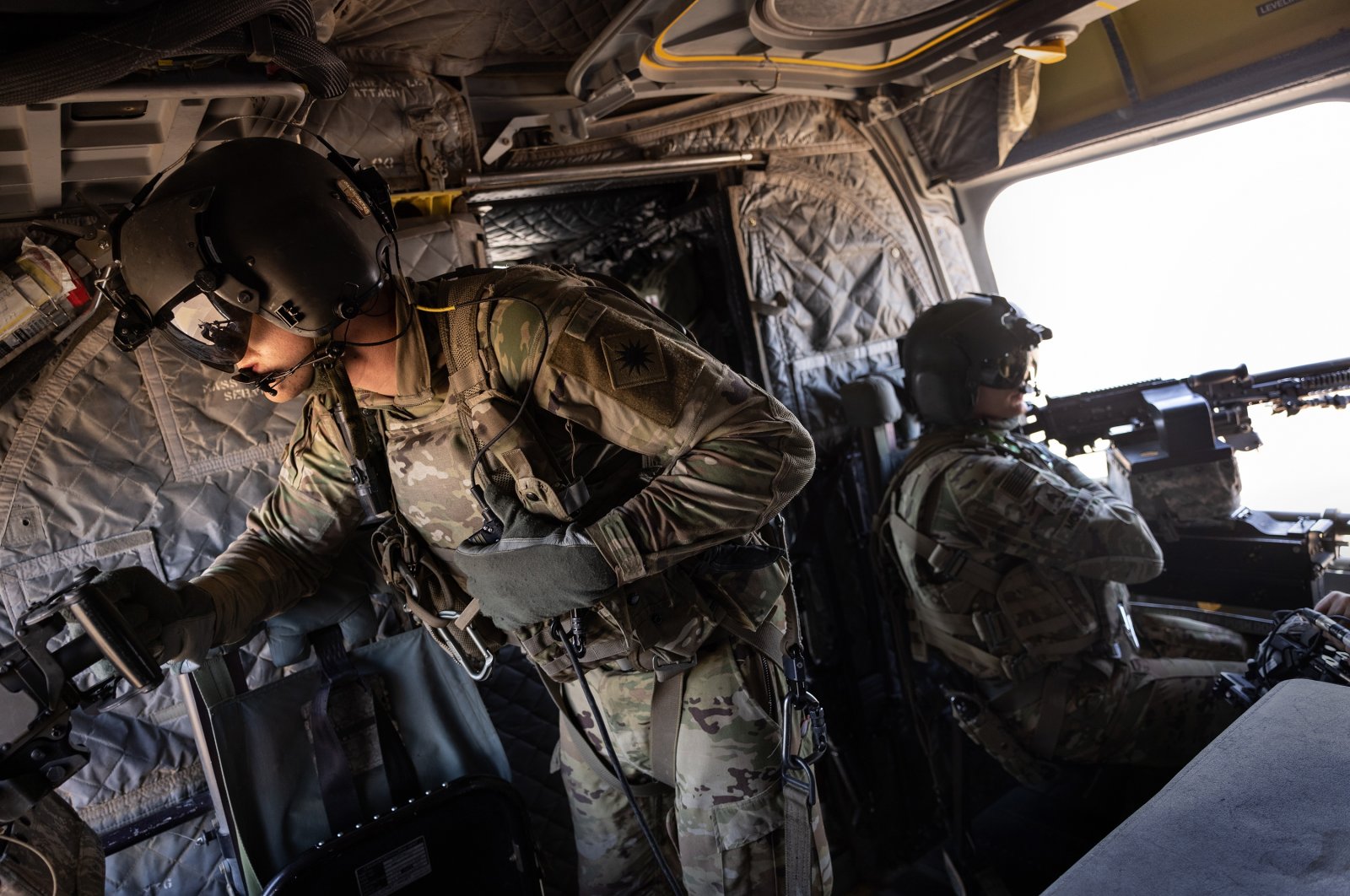 While President Recep Tayyip Erdoğan and other senior figures from Turkey recently highlighted its NATO ally United States' increasing support to the PKK terrorist group's Syrian branch, the YPG, it was reported that Washington has provided nearly $2 billion in financial support to the terrorist group from its defense budget in the last five years. This figure rises to nearly $3 billion with additional funds provided by Gulf states.

The U.S., which accepts the fact that the PKK is a terrorist group, has stated the training, weapons and ammunition support it provides to the YPG was to support the fight against the Daesh terrorist organization. However, the air defense products provided by the U.S. to the YPG contradict the claim the arming was for fighting the terrorist group since Daesh does not have air power.

In 2022, the U.S. defense budget of $778 billion allocated $177 million in aid to the YPG. This covered the salaries paid to terrorists, training, living materials, logistics support, as well as equipment such as missiles, rifles, heavy weapons, mortars, rocket launchers, and maintenance and repairs of this equipment.

The American public has criticized the country's Syria policy and opposes this use of their taxes. Experts living in the country state that the U.S.-led Syria strategy has failed, and experts have said: "The U.S. should not provide military support and protection to these groups at the expense of taxpayers. The national interest of the U.S. is not in supporting these organizations but in controlling the threats from terrorists."

In the National Defense Authorization Bill that sets aside $778 billion for defense expenditures for the 2022 fiscal year, the $522 million requested for training and support expenses in the fight against Daesh in Iraq and Syria was accepted by the House of Representatives under the same criteria.

Of this amount, $345 million was allocated to Iraq and $177 million to the Syrian training equipment program, which also includes the YPG terrorist organization.

Considering the additional payments made in the last five years, the support provided by the U.S. to the YPG, against which NATO ally Turkey is fighting, approaches $2 billion.

This figure is estimated to be around $3 billion when the funds transferred from Gulf countries such as the United Arab Emirates (UAE) are included.

Ankara, on the other hand, underlines that one terrorist organization cannot be used to fight another and has invited the U.S. to cooperate with its allies instead of terrorists.

Turkey strongly opposed the YPG's presence in northern Syria and the formation of a terror corridor, which has been a major sticking point in strained Turkey-U.S. relations. Ankara has long objected to the U.S.' support of the YPG, a group that poses a threat to Turkey and terrorizes local people, destroying homes and forcing people to flee.

The U.S. is currently supporting terrorist organizations much more than expected, President Recep Tayyip Erdoğan said Friday, adding that the two NATO allies should be in a very different position.

“We have not experienced such a situation with previous U.S. leaders. Let alone fighting terrorist organizations, the U.S. gives them loads of equipment,” Erdoğan said while answering reporters' questions following Friday prayers in Istanbul.

He added that as a NATO country, Turkey must share these things with the world.

The current course of U.S.-Turkey relations “does not bode well,” Erdoğan also said before departing for the United Nations General Assembly in New York last Thursday.

Erdoğan said that he felt that relations with his U.S. counterpart Joe Biden had "not gotten off to a good start" since the latter's arrival in the White House.

On Monday, Defense Minister Hulusi Akar also criticized Turkey's allies, Russia and the U.S., for failing to fulfill their responsibilities as part of deals in Syria.

"Turkey abides by the terms of the deal regarding northern Syria. We regretfully see our ally U.S.’ weapons, ammunition and vehicle support to the YPG/PKK and we strive to undertake efforts at all levels to halt the assistance," Akar said.

He noted that Turkey will continue to maintain its counterterrorism fight and respect the territorial integrity of all its neighbors, including Iraq and Syria, while conducting counterterrorism operations.

"The YPG is the PKK in the strictest sense," Akar said, adding that there is concrete evidence documenting ties between the two.