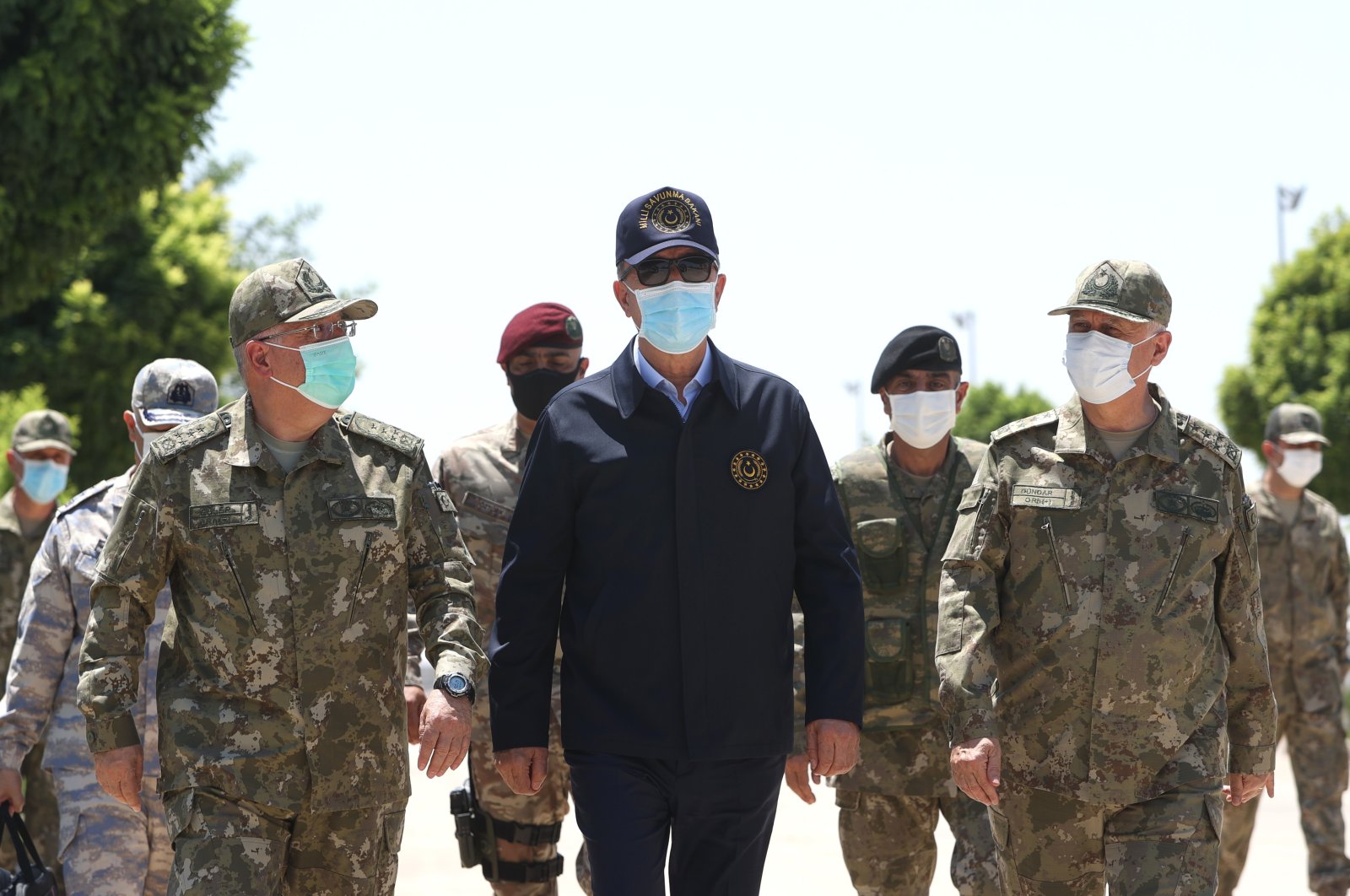 Akar was received at the airport of southeastern Gaziantep province by Governor Davut Gül and commander of the 2nd Army Gen. Metin Gürak.

Akar, along with Chief of General Staff Gen. Yaşar Güler and Land Forces commander Gen. Ümit Dündar, visited the 2nd Army Forward Command Post and the 6th Mechanized Infantry Division Main Command Post, where the troops in the north of Syria are dispatched and commanded from.

He also added that as of the beginning of this year, 1581 terrorists have been killed in operations in northern Iraq.