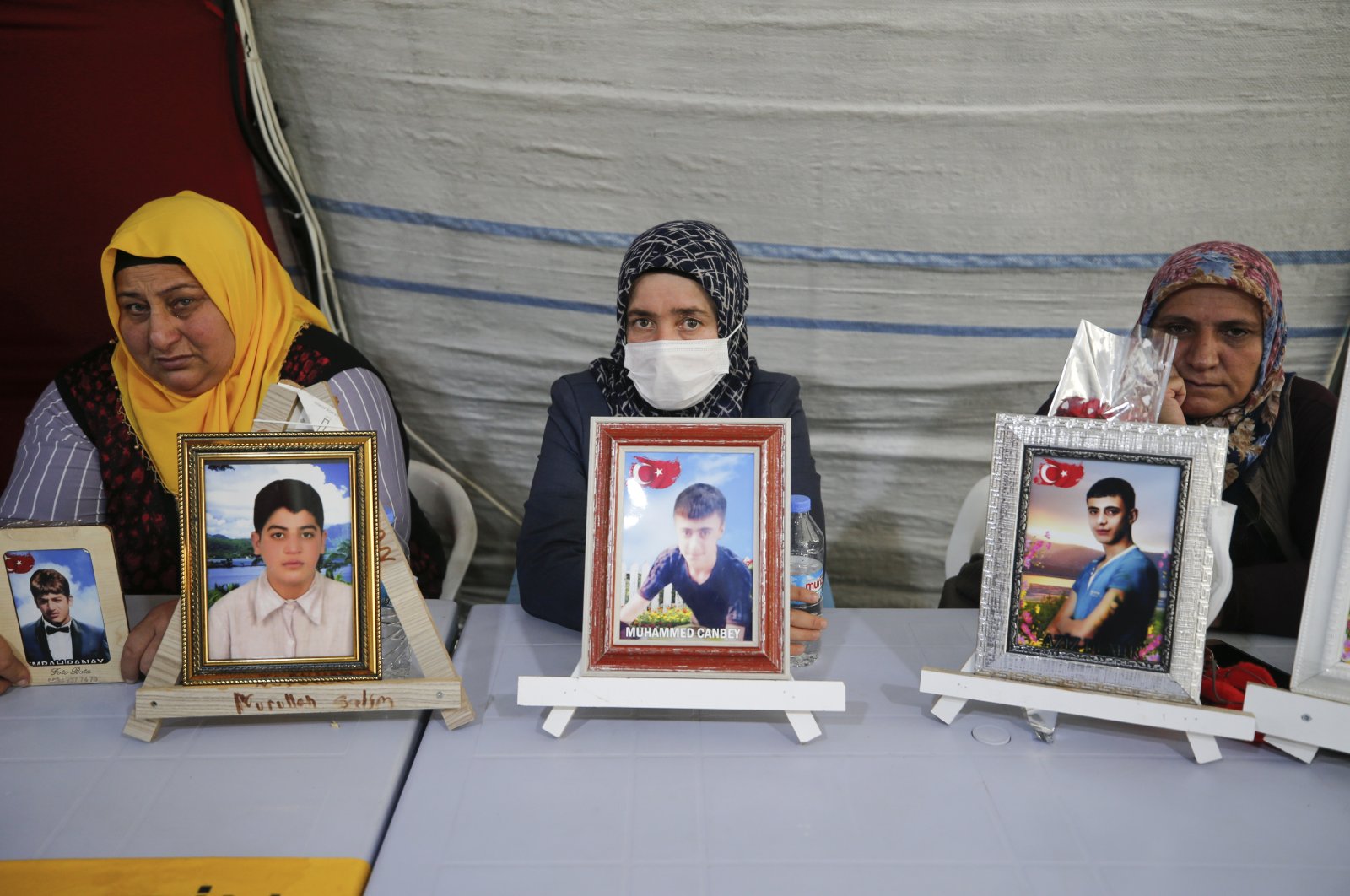 Protesting mothers hold pictures of their children abducted by the PKK terrorists in front of the pro-PKK HDP headquarters in Turkey's southeastern Diyarbakır province, July 6, 2021. (AA Photo)
by Daily Sabah with DHA Jul 07, 2021 11:24 am
RECOMMENDED

President Recep Tayyip Erdoğan on Friday will visit the families who have been staging a sit-in protest for nearly two years in front of the pro-PKK Peoples Democratic Party (HDP) office in southeastern Diyarbakır province to demand the return of their children abducted by the terrorist group.

President Erdoğan will visit Diyarbakır for the first time since his last visit in March 2019. As part of the itinerary, Erdoğan will inaugurate completed projects at a ceremony to be held in front of the Diyarbakır Governor's Office.

Erdoğan, who is expected to perform the Friday prayer in the city, will meet with the families who have been holding a sit-in in front the HDP office for 674 days.

During the visit, Erdoğan will also attend the consultative assembly meeting to be held by the ruling Justice and Development Party (AK Party) Diyarbakır provincial directorate and address the party members.

Protests in Diyarbakır outside the office of the HDP started with three mothers who claimed their children had been forcibly recruited by the terrorists.