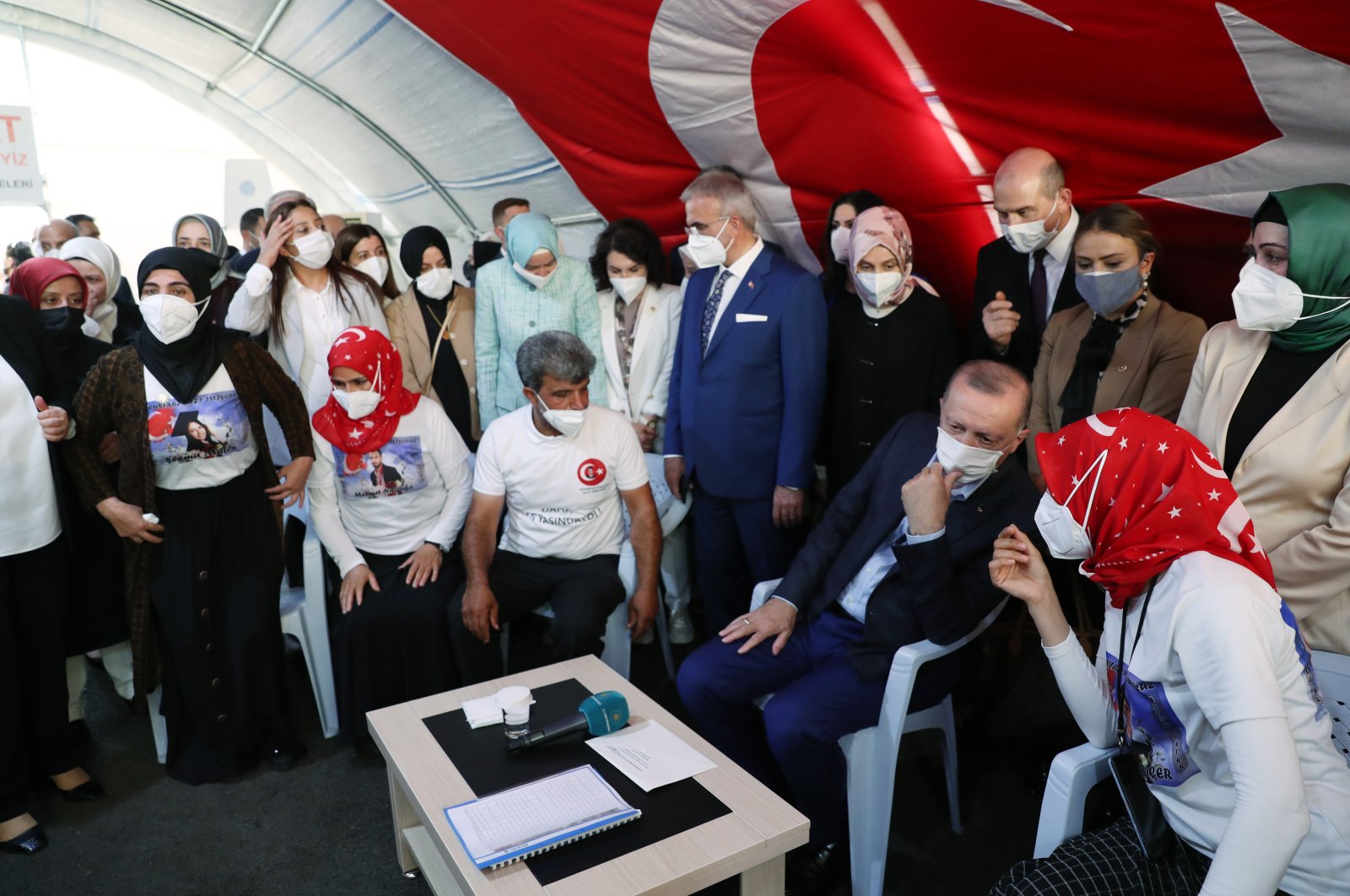 Kurdish families that have been protesting the PKK terrorist group in southeastern Diyarbakır province since September 2019 felt empowered during President Recep Tayyip Erdoğan's recent visit, a member of the protesting families said as she expressed gratitude.

Turkey's Communications Director Fahrettin Altun released video footage on Twitter from Erdoğan's Friday's visit to the local families who have been protesting the PKK since September 2019, encouraging their children that were deceived into the PKK service to give up their weapons and surrender to Turkish authorities.

"If we had seen this power 30 years ago, perhaps so many mothers would not be crying in Turkey like today. Today, we feel empowered to do this, thanks to you," Türkan Mutlu tells Erdoğan in the footage.

Mutlu said her daughter Ceylan was abducted by the PKK eight years ago, claiming that the opposition pro-PKK Peoples' Democratic Party (HDP) was directly involved in the abduction.

Recalling an HDP deputy's words that described mothers as "shedding crocodile tears," Mutlu said she is a mother now deprived of her right to see her daughter even for a minute, adding that she even does not know if Ceylan is dead or alive, or where she is at all.

"My Ceylan was graceful as a gazelle. Rescue her and the children of all mothers from those oppressors. Do not let her be a servant to them," she added, mentioning that her health has deteriorated as she cannot even stand for more than 10 minutes.

During his visit to Diyarbakır, Erdoğan said that the protests held by Diyarbakır mothers have revealed the dark face of the PKK terrorist group.

"With the flag they raised, the mothers of Diyarbakır both destroyed the walls of fear and exposed the treacherous face of the separatist organization and its political extensions."