Family devastated by abduction of 14-year-old boy by PKK 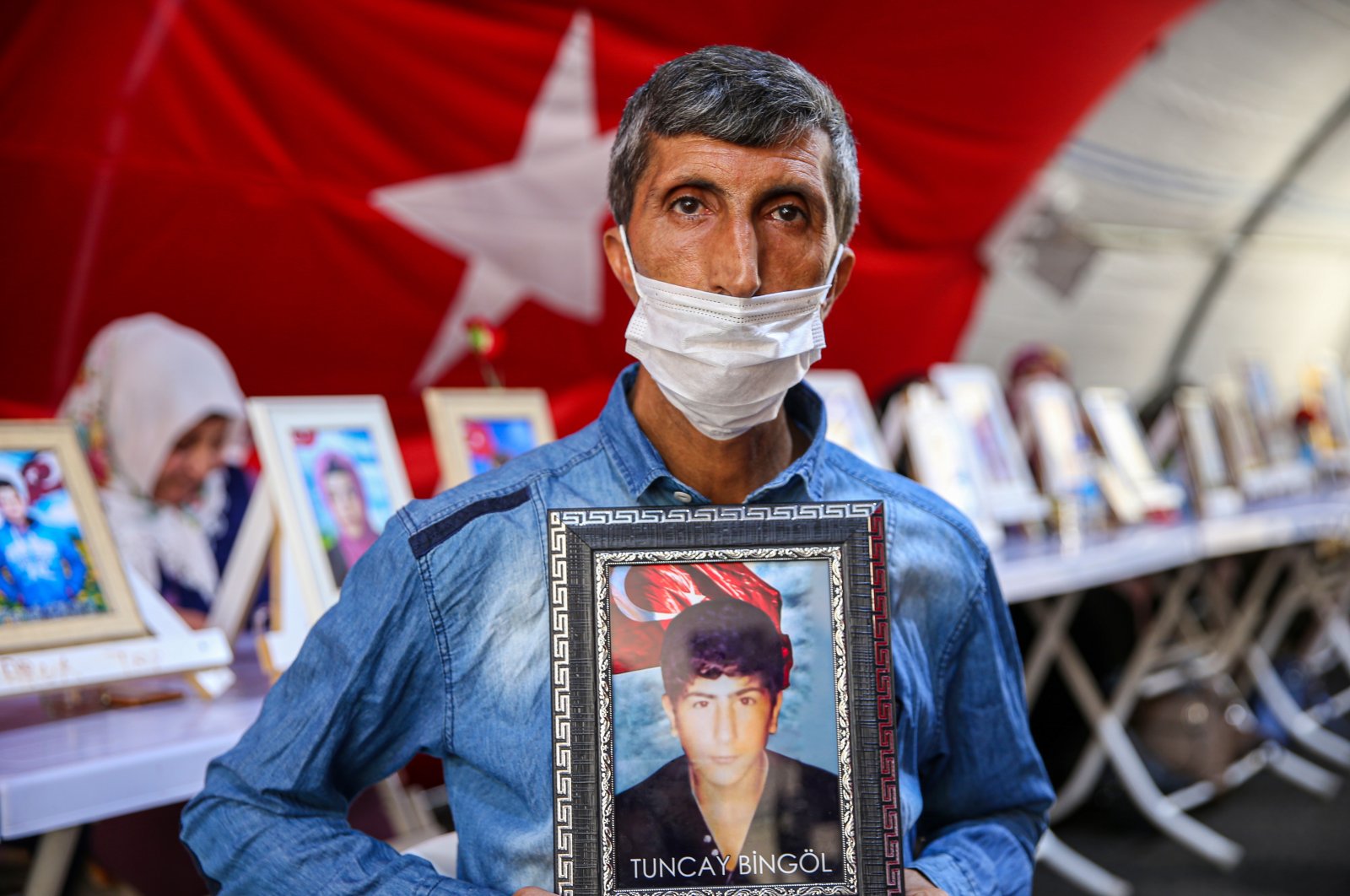 When the Bingöl family moved to Istanbul from Turkey's eastern Erzurum province, they were hoping their children would have opportunities that they lacked in their hometown and have a better life through education. But their son was abducted shortly after starting high school, leaving the family devastated.

Tuncay was 14 years old when he was forcibly recruited into the PKK terrorist group's ranks in 2014. The past seven years have brought nothing but sadness and sorrow for the family, whose dreams were "shattered."

"We have been through a lot of problems ... our world has been turned upside down. We cannot eat, stay at home," said Fatma Bingöl, Tuncay's mother.

The 44-year-old said water and food have never tasted the same since the disappearance of her boy.

"I want my son back. I came here for his sake," she said. "Uttering my son's name leaves me with a lump in my throat. I have missed him so much for the past seven years."

Condemning the PKK and its supporters for not refraining from recruiting underage children, she said Tuncay did not have any political affiliations and it did not make the slightest sense that he would join the group, especially given the fact that he was enthusiastic about starting high school and would not even watch the news and would just play games with his siblings.

"Why are they (PKK and affiliates) persecuting us like this? Why are they torturing us? What have these mothers done to them?" she said. "Are we not human beings? Are we not mothers?"

Tuncay's father, Şevket, believes his son might have been drugged before he was abducted because he was a shy, introverted child who would get advice from his family before making decisions, and it was not logical for a boy like that to suddenly disappear.

"We used to be such a happy family but everything collapsed after (the disappearance of) this child. Our world has been turned upside down. His mother is sick," he said.

"She goes to the hospital every other day. Why? Because of their doing," he added. "Our joy and happiness are gone. We have nothing left. (Time) passes by crying all the time, longing for our child."

"They deprived the 14-year-old child of his pen. They took him to the mountains, gave him a Kalashnikov taller than him," he said.

The father noted that he received threats from the terrorist group and members of the Peoples' Democratic Party (HDP), which Ankara accuses of having links with the PKK terrorist group. But he said he remains undaunted as he is ready to do anything to see his child again.

Hoping to reunite with their son, the Bingöl family joined the protest in southeastern Diyarbakır province, where mothers whose children were abducted by the PKK launched a sit-in protest on Sept. 3, 2019, outside the office of the HDP.

The sit-in grew day by day as more and more families, encouraged by the reuniting of some of the mothers with their children, joined the mothers holding their sit-in protest outside the HDP office, which authorities accuse of having ties with the PKK.

Coming from all corners of Turkey, a total of 234 families have so far participated in the protest. Some continue to stand with their fellow protestors despite having their children back. Thanks to efforts by the authorities and the determination of the families, 32 of their children have fled the PKK and YPG and surrendered to security authorities. In Turkey, offenders linked to terrorism are eligible for possible lighter sentences under a repentance law if they surrender.

The protest in Diyarbakır also spread to other provinces such as Izmir, Van, Hakkari, Şırnak and Muş, with families demanding their children back. On one occasion, Maide T., a German citizen with roots in Turkey, launched a protest for her daughter Nilüfer in Berlin after she was "brainwashed" and convinced to join the terrorist group.

Many of the families argue that the PKK intentionally targets students in an effort to keep the region less educated and without a future vision so they can carry out their forced recruitment campaign easily and without any objections.

In its more than 40-year terrorist campaign against Turkey, the PKK – listed as a terrorist organization by Turkey, the U.S. and the EU – has been responsible for the deaths of at least 40,000 people, including women, children and infants. The YPG is its Syrian offshoot.